A Fixer for Startups in the Age of Trump

Political strategist and venture capitalist Bradley Tusk helped Israeli startup Lemonade, which just raised $120 million, deal with insurance regulators across the U.S. In a recent interview with Calcalist, he talked about his services-for-equity VC firm Tusk Ventures, the Trump administration, and cryptocurrencies

For as long as there have been tech companies, they have lobbied the U.S. government at all levels. But the past year has seen tech companies stake out positions on issues that put them directly at odds with the Trump administration, shaping new political battle lines.

Last week, President Donald Trump’s appointee heading head the Federal Communications Commision rolled back net neutrality protections despite concerted opposition from Silicon Valley. Earlier this year, the president ended the Deferred Action for Childhood Arrivals (DACA) program that protects more than 700,000 undocumented immigrants who arrived in the U.S. as children from deportation. Tech companies, including Microsoft, Google, and Amazon, responded by forming a coalition to demand legislation on the matter. They want Congress to protect the Dreamers, as these immigrants are commonly referred to. 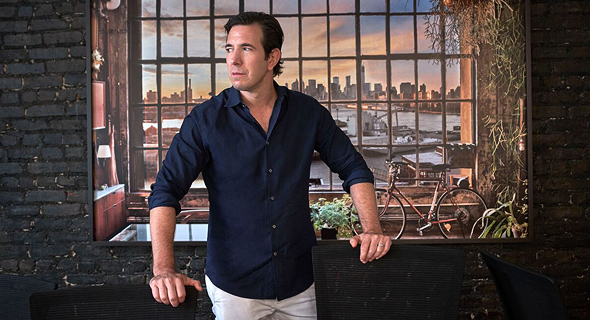 Bradley Tusk. Photo: Tusk Ventures
But tech companies—and especially fast-growing startups breaking into heavily regulated markets—interact with the Trump administration on a variety of less politically charged issues that lie largely outside the public’s view. Bradley Tusk is a political strategist and venture capitalist who has made a business out of helping startups navigate politics and complicated regulatory barriers. He is credited with helping Uber penetrate the New York market in 2011, when the company was facing off with the city’s Taxi and Limousine Commission. More recently, Mr. Tusk has been working with New York-based insurance startup Lemonade, whose software uses artificial intelligence and behavioral economics to craft insurance policies that are sold digitally, bypassing the need for brokers. On Tuesday, Lemonade announced it had raised $120 million in a Series C round led by SoftBank Group Corporation. The startup had raised $60 million in its previous funding rounds. Invited by Lemonade’s Israel-based investor Aleph Venture Capital, Mr. Tusk visited Israel ahead of the SoftBank announcement. Calcalist caught up with Mr. Tusk for an interview last week over a falafel lunch at Aleph’s sleek offices in central Tel Aviv. He talked about the services-for-equity VC firm Tusk Ventures, which he founded in 2015, the Trump administration, and cryptocurrencies. A former mayoral campaign manager for Michael Bloomberg, Mr. Tusk helped Lemonade obtain insurance licenses in New York, Florida and other states by closely studying the political dynamic in each jurisdiction and then applying pressure on regulators. Lemonade gave up equity and future investment options in return for the help. “Lemonade is considered one of the hottest startups in the world,” Mr. Tusk said a few days before the new investment was announced. “Our motto was, we won’t take equity for our work unless we get investment rights as well. Once they raised their (Series) B, It was obvious we were going to take advantage of investment rights to deploy capital.” In the U.S., insurance is regulated at the state level, but Tusk Ventures also works to influences bureaucrats and politicians who serve under President Trump. Mr. Tusk said the new administration has changed the nature of his work. “There’s no clear ideology, there’s no clear power structure or worldview or schedule or consistency at all,” Mr. Tusk said. “So, on the one hand, it’s all chaos which you have to adapt to and fluctuate with.”On the other hand, he said, most civil servants keep their jobs when a new president is elected. “The federal government doesn’t change overnight when there’s an administration change,” Mr. Tusk said. “We deal with it at a political level and some people who are career employees inside the Department of Transportation and this is their job and we have to make the case for them as we would under any previous president.”

Sometimes, companies operating in brand new markets petition governments to enact laws and impose regulation. Cryptocurrencies, for example, have received a lot of attention in recent weeks as the price of bitcoin continues to rise and mainstream investors have taken notice.

“This really is an industry begging for a lot more clarity and regulations,” Mr. Tusk said. “Because by definition it’s not a nationalistic sovereign thing, it's not clear where it comes from.” Mr. Trump hasn’t expressed an opinion on bitcoin publicly and it appears his administration has yet to formulate a policy on virtual currencies. Earlier this month, CNBC asked the president’s chief economic advisor, Gary Cohn, about bitcoin in an on-air interview. Mr. Cohn shrugged his shoulders and said, “I’m going to leave that to you. You’re the expert today.” In a follow-up interview with Bloomberg TV the same day, Mr. Cohn explained, “right now we don’t think it’s a serious risk, but right now we’re watching it.” Mr. Tusk has been a vocal critic of the Trump administration, on several occasions lampooning the president in his regular column—which is published in The Observer, a media property controlled by Mr. Trump’s son in law, Jared Kushner. “It’s interesting to see how Trump—I don't know whether he has any opinion on crypto whatsoever—how his administration and its philosophy would approach it,” Mr. Tusk said, clearly piqued by the challenge of analyzing how Trumpian politics and bitcoin may intersect. “On the one hand, you could see them hating it,” he said. “They don’t understand it and they don't seem to be particularly drawn to new technology.”
Related stories:
“On the flipside, there a very populist notion to crypto,” Mr. Tusk said, in an example of his tendency to gain clarity by breaking down every issue into argument and counterargument. “You could see how the people who voted for Trump don’t trust government,” he said. “Arguably, if you really think that sovereign national currencies are questionable or in danger, having something broader based that’s free of that—I could see the average tea party member or libertarian liking that. In a weird way, if a guy like Steve Bannon said he thought crypto was a good thing, I wouldn't be surprised at all.”
Cancel Send
To all comments
Buzz