In December, U.S. President Donald Trump signed into law an extensive tax reform package that will see corporate tax in the U.S. lowered from 35% to 21%

TAGS:
On Monday, Israeli Prime Minister Benjamin Netanyahu convened senior Israeli government officials to discuss the possible impact the U.S. tax reform may have on Israel's economy, according to three people familiar with the matter who spoke on conditions of anonymity. 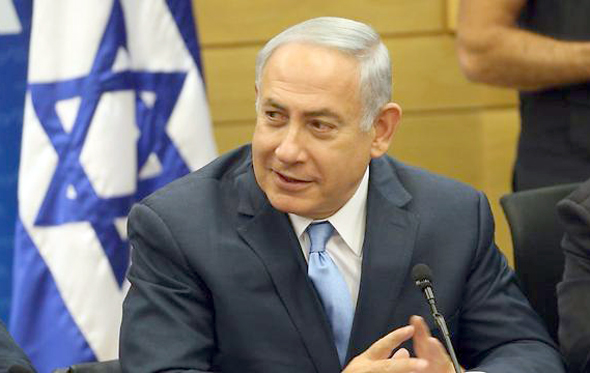 The reform may have significant implications for Israel’s economy, and specifically for the country’s burgeoning innovation industry. According to Aviram Zolti, head of the operational division of Israel's government innovation investment arm, the reform is expected to drive up the costs of operating Israeli research and development, like the ones created by hundreds of multinational corporations, many of which are U.S.-based.

Additional taxation of revenues derived from intellectual property registered outside the U.S. included in the reform may motivate companies to prefer stateside registration, Mr. Zolti added. Following the reform companies owned by American stakeholders might want to re-register subsidiaries in the U.S., or transfer business and manufacturing activities stateside, Mr. Zolti said. The reform poses challenges for Israel not only with regard to U.S.-based corporations but also with regard to Israeli companies that operate in the U.S., that will now face a heavier tax, he added. “In certain aspects, we have the necessary solutions, but this is still a work in progress,” said the Aharon Aharon, CEO of the Israeli government innovation investment arm, the Israeli Innovation Authority. Mr. Netanyahu instructed the chairman of Israel’s National Economic Council, Avi Simhon, to form a team that will study the tax reform and devise recommendations within 30 days, according to people familiar with the matter. The chances that Israeli legislative reaction to the reform in the U.S. could be included in the country’s national budget plans for the fiscal year 2019, expected to be approved within the next three months, are low two of these people said. The Israeli ministry of finance began looking into the repercussions around two weeks ago, when the ministry convened a team comprised of representatives from different government branches to try and assess the impact the reform in the U.S. will have on Israel’s economy. Government branches represented included the Israeli tax authority, the Israeli innovation authority, the national economic council, the accountant general office and the Israeli foreign trade administration.
Related stories:

“These reform created negative incentives for operating businesses outside of the U.S.,” Mr. Zolti, who participated in these discussions, said. ” While Israel’s 2016 corporate tax and intellectual tax property reform increased Israel’s competitiveness, even compared to the U.S., now that competitiveness has been impacted, he added.

There are a lot of open questions about what the American corporations will decide to do now, Mr. Zolti explained. “When Intel is deliberating where to place its next chip fabrication plant, it may decide the U.S. is more appealing than Israel--that was the goal of the reform,” he concluded.
Cancel Send
To all comments