Google Employees Are Wrong: Drones Are Not Evil

Well-regulated, drones can also do a tremendous amount of good and save countless lives. Google employees should clear the way to let them do so, writes entrepreneur Adam Kaplan

TAGS:
For many, the word “drone” has become synonymous with bad intentions. The term, after all, was introduced to the world as a distant and deadly means for the U.S. military to target enemies in various Middle East adventures in films like “Zero Dark Thirty” and television shows like “Homeland.”

The fact that the U.S. military has chosen names for drone models like “Predator” and the “Reaper” hasn’t done much to help counter that first impression. 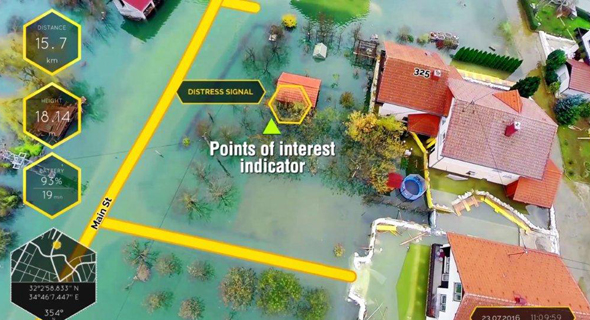 How negative does the image of drones remain? So much so, that when Google launched Project Maven, a research initiative to improve analysis of drone film footage and chose to allow the Department of Defense access to participate, it received blowback that would probably have been unlikely if the project had involved aircraft like planes or helicopters.

More than 3,100 Google employees signed a letter opposing the move, protesting that it stood in opposition to the company’s motto “Don’t Be Evil.” It mattered little to them that the open-source TensorFlow software was described as “non-offensive,” and stated that it would “not be used to launch weapons,” but to improve analysis of photo and video footage obtained from the camera mounted on the drones.

“This contract puts Google’s reputation at risk and stands in direct opposition to our core values,” the employee letter insisted. “Building this technology to assist the US government in military surveillance—and potentially lethal outcomes—is not acceptable.”

It is true that any form of surveillance—any type of technology, in fact—can potentially be harnessed by the military for a “potentially lethal outcome.” But it is just as possible, in fact, likely, that such technology will also be used for important helpful and humanitarian purposes.

Like helicopters, planes, and computers, drones can be used to commit terrible atrocities. They can be used to save lives in an exponentially growing number of ways.

In the devastating immediate aftermath of Hurricanes Irma in Florida, and Hurricane Harvey in Texas, while water was still making many roads impassable, insurance companies launched drones to rapidly assess the devastation. Drones have been called a “game-changer” for the insurance industry adjusters and inspectors following such major disasters, facilitating damage assessment on a massive scale in a timely fashion.

Before drones, adjusters were able to inspect about three homes a day in a flood zone like post-hurricane Houston. With their use, the number rose to ten or more.

In Florida, government officials and the Federal Emergency Management Administration commissioned military drones equipped with sophisticated radar systems to inspect bridges, overpasses, towers and other critical infrastructure to make sure they were safe for use.

Drones are playing a critical role in the recurring battle against wildfires that have plagued the West Coast. Predator drones were used to assist firefighters to fight the blazes in both Northern and Southern California. They’ve been used for this purpose since 2013 when California Air National Guardsmen flew them over the devastating Rim Fire, which was ravaging California’s Sierra Nevada Mountains providing authorities with accurate real-time images of the fire that was threatening Yosemite National Park. The footage produced by the flights proved invaluable in strategizing countermeasures. In the most recent wave of California fires, one drone was able to track six different blazes with electrical, optical and infrared sensors, and mapping the contours of the disaster area so they could be fought more efficiently.

Use of military drone equipment by the National Guard to assess and combat large-scale disasters has now become routine.

Drones have also proven invaluable when it comes to search and rescue operations - and the lower-end, smaller models flown by hobbyists are within the reach of the smallest small fire departments.

There is great potential for further uses down the line. Drones could play a valuable role in combating terrorism, including mass shootings. Poised to launch quickly once shooting starts, drones equipped with heat sensors could quickly identify where gunfire is coming from, alerting law enforcement to the location within seconds. The drones themselves may even quickly fly there and deploy a smoke bomb or flare that could quickly disable the shooter.

All of these uses require the further development of drone capabilities—the kind that Google is pursuing, and their employees have objected to.

There are also legitimately unsettling scenarios and the ethical deployment of drones equipped with lethal weapons is an ongoing ethical issue. But if drones are used by the military—and they will be—isn’t in the interest of preserving life, not taking it, that the imagery collected by drones is as accurate as possible, minimizing collateral damage and the loss of innocent lives?

Problematic? Yes. If the events of the past year have taught us anything, it is that even the most innocuous-seeming of technologies can be harnessed for questionable means. In the same vein, no technology is irretrievably “evil.” Well-regulated, drones can also do a tremendous amount of good and save countless lives. Google employees should clear the way to let them do so.

Adam Kaplan is CEO of Edgybees, whose technology enables augmented reality on high-speed platforms like drones and cars. The company’s First Response app was deployed by emergency teams responding to Northern California wildfires and post-hurricane flooding in Florida. New security uses of the application include safeguarding against school shootings, bridge collapses, and border security measures.