Founders Fund Invests in a 911 Startup Backed by Ehud Barak 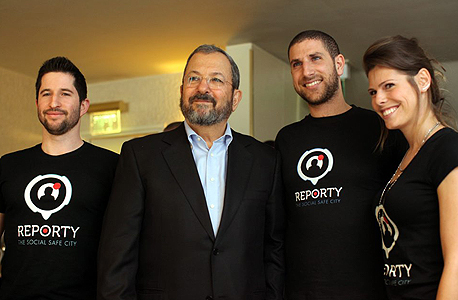 .Ehud Barak with the founders of Reporty, which was rebranded as Carbyne. Photo: Amit Sha'al
Carbyne was founded in 2014 and is based in Tel Aviv, with an additional office in New York. The company reports clients in the U.S., Latin America, Europe, the Middle East, and Asia. In 2016, Carbyne raised $5.15 million in an angel funding round led by Barak, who serves as Carbyne’s chairman of the board.
Related stories: