Israel is the second biggest source of investments in Israeli tech, according to a new report on foreign investment by Tel Aviv-based research firm IVC Research Center Ltd.

The share of foreign investors in Israeli tech has steadily increased over the past two years, reaching 77% of the total capital raised, according to the report, which was published Monday. 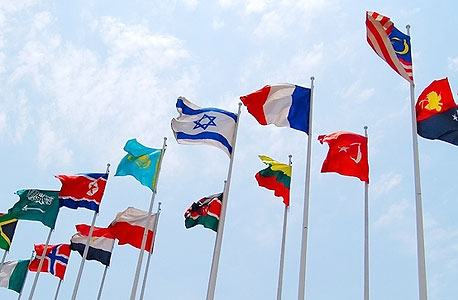 Nations of the world (illustrations). Photo: Shutterstock
Americans are the most dominant foreign investors in the local tech ecosystem, having invested 35% of the capital raised by Israeli companies in 2013-2018. Chinese, British, Japanese, and German investors contributed around 3% of the funds each during that same period. Israeli investors, in comparison, are responsible for up to 30% of the total funds invested into Israeli startups.

According to the report, foreign investors are more dominant when it comes to bigger investments in local firms. Between 2013 and 2018, non-Israeli investors were involved in 90% of all funding deals greater than $20 million.