Six Investment Trends That Will Shape Israeli Tech in 2019

From European recovery to changes in emerging markets, these are the trends that will affect Israeli tech in the upcoming year, according to Haggai Ravid, CEO of Israeli investment house Cukierman & Co.

TAGS:
As 2018 comes to a close, it is time to mark the key investment trends for 2019 for the Israeli tech industry.

1. The U.S.: Markets Are No Longer Troubled by the Trade Wars

What most likely affected investments this year and will continue to do so next year is the trade war between the U.S. and China. The U.S. foreign trade policy towards China and the rest of the world is characterized by a separatist approach, yet the markets have become "accustomed" to the threats of the trade war and this trend is expected to continue. Despite the belligerent statements, we have seen that things are very fluid and statements often change from a fight to reconciliation. Therefore, in the end, the market forces will be the ones to dictate the tone.

The volume of U.S. investments in Israeli tech is expected to remain stable and possibly grow, with a preference for merger and acquisition transactions. The trend of Israeli companies listing on Nasdaq will continue, with emphasis on mature companies. Canada, one of the largest cannabis exporters in the world, is also interested in Israeli technologies in the field. 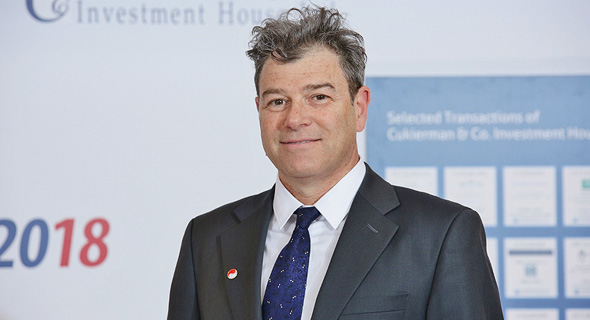 2. China: Rise in Investments in Israeli High-tech in 2019

China has reacted moderately to the U.S. policy, and both sides seem to be looking behind the scenes for solutions to bridge the gaps. After the relative slowdown of Chinese investment in Israel over the past two years, there is cautious optimism about next year. Because of the background of the trade war, Israel may be used as the "investment bridge" between China and the U.S., and therefore there will be more interest from the Chinese side to invest in Israeli technologies.

In order to bypass the Chinese government's regulatory changes regarding foreign currency investment, Chinese funds are set up to invest in Chinese yuan, opening up new investment channels. In the past two years the Chinese market has matured and has advanced many local startups that grew in China. Therefore, in contrast to the past, it seems that the Chinese today are more interested in medicine, advanced production, automation, and robotics, all fields in which Israeli startups are considered outstanding.

Europe will continue to be an excellent market for Israeli technologies, and the recovery of the continent creates optimism from investors. This year marked a comeback in European investments, which nearly doubled in comparison to 2017. However, this may result in reducing Israel's budget for the European Union's next research and innovation program, Horizon Europe, which is currently under consideration. This could harm investments in joint Israeli and European ventures in science and technology.

The Europeans are very interested in the fields of water (in the south), automotive, life sciences, cyber security and more. European investors have a preference that companies move to Europe, so that they can receive miscellaneous tax benefits. The low valuations of Israeli startups versus their counterparts in the U.S. and Europe also encourages European investors to invest in Israeli technologies in a variety of fields.

4. Hong Kong: The New Hub for IPOs in the East

We are expected to see more Israeli companies follow the footsteps of Alma Lasers and list on the Hong Kong Stock Exchange. In contrast to the Chinese market, where there are high multiples, in Hong Kong the multiples are lower than in the U.S. and Europe, with an average of 7- EBITDA. In the future, however, double-entry is planned for China-Hong Kong and as a result the multiples will become higher, meaning we can expect to see a long queue of Israeli companies wanting to list in Hong Kong.

5. The Popular Fields in Technological Investments

The popular fields in tech for 2019 are: Cannabis—technologies related to growth, development and distribution; automotive technologies; fintech; and advanced manufacturing, such as IoT.

Growth in artificial intelligence and machine learning technologies will encourage startups engaged in forecasting in a variety of areas such as finance, real estate, transportation and more. Despite the decline in the value of bitcoin, the demand for blockchain technologies for other applications will continue to grow from the past year. 6. Emerging Markets: Will Africa Be the "New China"? And What About the Brazilian Arena?

In the emerging markets, Africa is becoming an attractive target and now has significant drive. Foreign investment, especially from China with their new Silk Road initiative, is expected to continue this year and promote further development in the continent. Latin America is showing interest in Israeli agtech and cleantech technologies for the development of agriculture and water. The close ties between Israel and Brazil after their change of government are expected to encourage investment in Israeli tech, and early initiatives in the field are already gaining momentum. For example, the annual Spin Summit investment conference was held in Sao Paulo, and for the first time Israeli startups participated, gaining access to funds from Brazil and the U.S.