The researchers, who plan to launch 10 satellites the size of a shoebox into orbit in just a few years, recently won a 14 million euros research grant

TAGS:
Two Israeli scientists have partnered with a German researcher to launch 10 shoebox-sized satellites into orbit. The objective? To probe the clouds and discover more about the role they play in climate creation and change.

Called CloudCT and expected to launch in the next few years, the project was recently awarded a 14 million euros grant from the European Research Council (ERC) Synergy program. 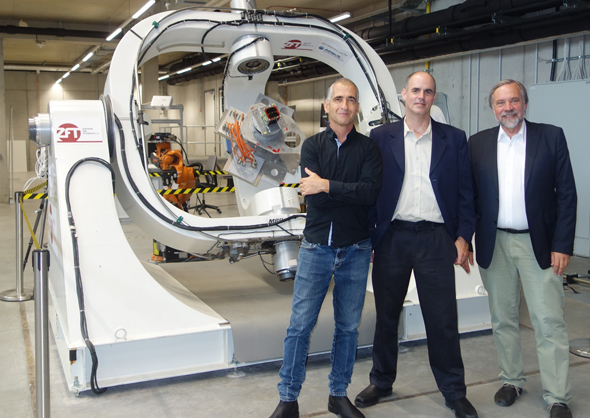 The interuniversity team is led on the Israeli side by Yoav Schechner, an expert in computer vision and computed tomography from the Technion-Israel Institute of Technology, and Ilan Koren, an expert in cloud and rain physics from the Weizmann Institute of Science. The German team leader is Klaus Schilling from Universität Würzburg, an expert in the field of small satellite formation technology.

The idea for the technology was inspired by 3D medical imaging, according to the researchers, and will be carried out much like a CT scan, simultaneously from many directions around and above the clouds. “We are using human health as guidance for the planet’s health,” Schechner said in a statement.

"Satellites study large cloud structures, but lack the resolution to observe small clouds,” said Koren in a statement. “Although they are small, such clouds temper the climate, on the one hand, and on the other, they may be very sensitive to climate change. That is why there is a critical need to measure these small clouds properly—to understand their nature and their interplay with changing environmental conditions."

The size of the satellites—each will weigh around 3 kg—and the precision required from such a multi-satellite system brings on new challenges in miniaturization, coordination, and autonomous reaction capabilities, made solvable by new innovations in software, Schilling said in a statement.

The team is hoping the satellites could help resolve some of the uncertainties that that limit current atmospheric modeling and climate prediction.