A proven hotbed of new technologies, for Chinese investors the small Israeli market represents an opportunity to acquire knowledge, and study innovation

In Early January, U.S. National Security Adviser John Bolton visited Israel to discuss defense and regional issues. According to Israel’s national broadcaster Kan, between discussions on Syria and Iran, he raised one other pressing American concern: the involvement of Chinese companies in Israel's economy, and in its tech industry, via invested capital.

In the past decade, Chinese investors have discovered Israeli industry and technology. More and more Chinese money has been finding its way to Israel's shores, more Chinese construction companies have set foot in the local market, and incoming tourism from China blossomed. One China-based company has won a project to build and operate Israel's Haifa seaport, where American navy vessels regularly dock, for 25 years. 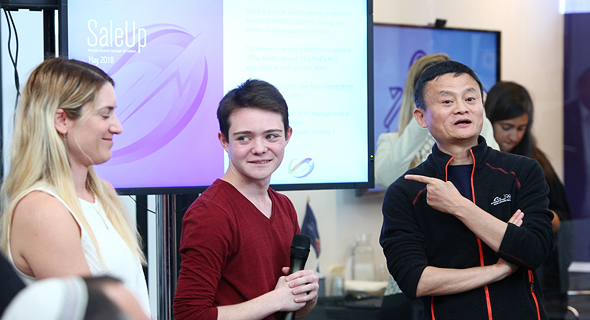 Alibaba founder and CEO Jack Ma meeting Israeli entrepreneurs. Photo: Dror Sithakol
A proven hotbed of new technologies, for Chinese investors the small Israeli market represents an opportunity to acquire knowledge, and study innovation. It is also a more forthcoming market, when it comes to being on the receiving end of Chinese funds, than the U.S. market and some parts of Europe. In July, CTech reported the soaring trade relations between Israel and China started drawing criticism in the U.S. On Sunday, an op-ed published by The Wall Street Journal warned of Chinese “ influence over as much as 25% of Israel’s tech industry.” Authored by Ilan Berman, a senior vice president at the American Foreign Policy Council, a Washington-based conservative non-profit think tank, the article published does not include a reference for the figure mentioned. According to the interviews held by Calcalist, China-based limited partners of local venture funds committed at times hundreds of millions of dollars from a single entity. Through the local funds, corporations like Alibaba and Baidu, Chinese government entities, and some of China’s wealthiest businesspersons have gained access to Israeli startups.

Alongside funds committed to Israeli venture funds, Chinese entities have also stepped up their game in terms of direct investments in local startups. According to a November report by IVC, over the past two years the average qarterly number of direct Chinese investments in Israeli companies grew from 15 to 20.

Total sums invested also grew. Over the past five years, according to the report by IVC, around $1.5 billion of Chinese dollars were invested in around 300 Israeli companies. Investors included Li Ka-Shing's Hong Kong-headquartered Horizons Ventures and Alibaba's investment arm.

Israeli companies need to consider the possible ramifications of being backed by China-based entities, especially if operating in domains that may have national security implications, including cybersecurity, energy, and mobility, former U.S. ambassador to Israel Daniel Shapiro said in an interview with Calcalist Tuesday. Companies operating in such domains may find their ability to do business with certain American partners, especially government entities diminished if they have Chinese backers, he said.

"An Israeli startup in its seed or A round may not be thinking so many years ahead about its market strategy in the U.S., but if it has a significant Chinese investor component, even in its early rounds, several years later, when it’s ready to take its technology deep into the U.S. market, it may find that there are some real repercussions," Shapiro said. 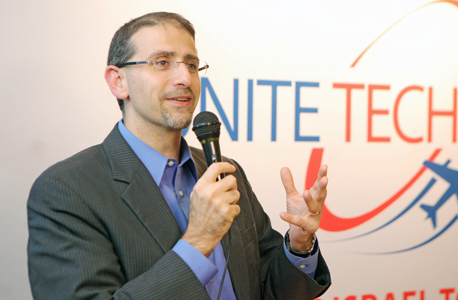 Former U.S. Ambassador to Israel Dan Shapiro. Photo: Amit Sha'al
Israeli venture capitalists are starting to feel the pressure. Access to Chinese money used to be a source of bragging rights in the local industry, but now many executives prefer to be silent about their Chinese partners. "All we can do is to keep quiet," a local industry executive told Calcalist speaking on condition of anonymity. The China-based giant his company partnered with is helping it grow, he said. To map Chinese tech investments in Israeli tech firms Calcalist interviewed over a dozen venture capital executives, and reviewed data collected by Israel-based market research firm IVC Research Center Ltd. and Tel Aviv-based non-profit organization Start-Up Nation Central (SNC). The result: a list of Chinese limited partners of local venture funds, which have proven to be a central channel for Israel-bound capital coming from China. Entries include a list of Chinese limited partners, the identity of the local venture fund, some of its partners, and some of its portfolio companies. Direct investments in Israel-based companies made by China-based investors are not included in the following list. Israeli venture capital firm: Pitango Venture Capital