Hotel chain Brown has reached understandings in a deal to acquire Israeli airline Israir for $70 million, according to one person familiar with the matter

Israeli boutique hotel chain Brown has reached understandings in a deal to acquire Israeli airline Israir Airlines Ltd. for $70 million, one person familiar with the matter who spoke on condition of anonymity told Calcalist. 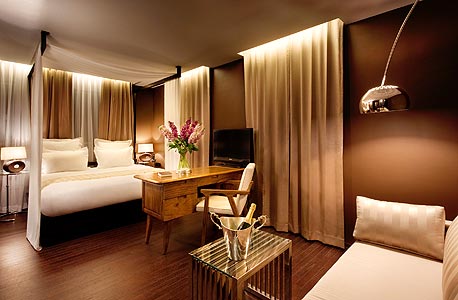 A room in one of Brown's hotels. Photo: Assaf Pinchuk

In its financial reports for the quarter ending September 30, 2018, IDB stated it expects to sell Israir for NIS 225 million ($61.2 million). The company also predicted yearly revenues of $340 million and an EBITDA of $25 million in 2018.