An Overview of Technology Banking

Now serving over 5,000 startups in Israel, the U.K., and the U.S., Leumitech extends credit spanning from $20,000 to several hundreds millions of dollars to companies, according to CEO Yifat Oron

TAGS:
On Wednesday, Leumitech, the technology banking arm of Israeli Bank Leumi, celebrated its fifth anniversary. Now serving over 5,000 startups in Israel, the U.K., and the U.S., Leumitech extends credit spanning from $20,000 to several hundreds millions of dollars to companies, according to CEO Yifat Oron. It also serves a large number of Israeli venture capital funds, often registered in offshore locations.

Oron joined Leumi in 2014 after several years as a technology investment banker at JP Morgan Chase, few years at the Israeli ministry of defense funding tech projects, and a decade of venture investing. The following questions and answers session with Oron was lightly edited for brevity and clarity. 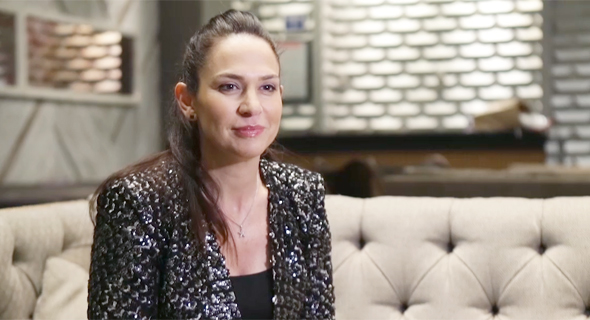 Yifat Oron. Photo: Amit Sha'al
Q: What is unique about banking technology firms? A: Startup companies are distinguished from firms in other industries. Tech entrepreneurs are relatively young and financially inexperienced. Most of them have never opened a bank account or dealt with a bank as a company. A banker encountering a new company expects to see a clear vision and product, clear financial statements, and a profitability model. Additionally, compliance requirements have become more strict in the last few years, making the interaction more complicated for the bank as well as for the company. Questions such as where are you going to incorporate the company, where is the company going to reside, who are your investors, why are they registered in offshore locations, and where is the intellectual property registered must be answered. Another complication is the fast growth pace of many tech companies. Operationally, it makes it tricky for a bank to decide which specific unit should service the company: a small business can very quickly grow to a middle market account, and hopefully very quickly become a corporation. The need for quick segmentation could become a burden. To service the technology segment professionally and efficiently, a bank needs to structure a tailor-made platform. Most bankers that provide services to small and medium businesses do not encounter early-stage firms that in a short period—less than a year—can establish subsidiaries around the globe. Most tech companies do that as a regular course of business. To be a tech banker one needs to be very open-minded. You want to be as knowledgeable as possible about the status of the industry, the hot sectors in the market, what is funded, and who are the relevant venture capital funds. You also need a global perspective and the required language skills.

As the credit market in Israel matures, we're seeing a larger portion of the capital going into tech companies coming from credit, as opposed to equity alone. This is a global phenomenon that has to do with increased expertise of banks and private credit funds. This asset class has been able to exhibit a constant and impressive return relative to the risk.

Q: How does the technology banking landscape look like? A: Very few banks around the world have targeted technology as a separate segment. U.S.-based Silicon Valley Bank, Square Bank, and Bridge Bank do that, to name a few. In Israel, traditionally, most early-stage companies open their first account with the bank the founders have a personal historical relationship with. In 2014, Bank Leumi founded Leumitech, an initiative that built from the ground up what a banking service to tech companies at all stages should look like. A tech banker can provide far more professional and relevant service to a tech startup, the most significant difference being the ability to lend to those companies even though the modeling and the analysis required are more complicated than the usual. There is no real equivalent to the profitability level, the growth rate, or the ingredients needed for the success of these companies. This is why technology companies rely heavily on equity financing which can assume default rates that are much higher than what is expected in credit. Q: What did it take to set up a tech banking entity? A: We had to build the right supporting infrastructure which includes dedicated credit policies and other mechanisms. We had to establish experienced and qualified credit committees. It is very apparent that there was a gap in the market between what tech companies needed and what was available. Once we launched with the right model and services, we were fortunate enough to get demand from numerous startups. Leumi group has built Leumitech on top of its global infrastructure and was able to benefit from offices in most growing and hot tech hubs around the world—Palo Alto, New York, and London. By offering services in these places we give our customers a smooth transition when they expand their services internationally. To keep our position, we have to have knowledge of what is currently going on in the tech industry. We have been continuously immersing ourselves in the industry, hosting numerous conferences, meetups, and panels and participating in others. Q: What are the factors considered when a bank decides to extend or not to extend credit to a tech startup? A: To be able to provide credit to tech companies bankers must understand the technology, the vision, the product, and last but not least, the need to sustain extremely high rates of growth translated to several years of negative EBITDA financials. Such losses do not translate to having the wrong fundamentals to the business in the technology sector, but rather to the need to invest in whatever is required to grow. There are several types of credits extended to tech companies. With early-stage companies, most credit is closer to bridge financing, as it is structured as a short term credit to preceding funding events. Sometimes the credit extended serves as a way for the company to extend its runaway when it is trying to balance the right size of equity rounds and growth. Some credits aim to leverage assets the company has, such as accounts receivable. Startups innovate not just in technology but also in business models, and credit models should align. For instance, when a company sells a service and not the technology itself, we have a credit based on monthly recurring revenues (MRR) to allow it to utilize its revenue stream. Another example has to do with companies whose ability to generate revenues is dependent on marketing spend. Once such a company has been able to demonstrate the effectiveness of marketing dollars invested, it can utilize that to invest more in marketing and increase revenues.

A: Some global economic trends can affect Israeli tech firms. On the one hand, there’s an abundance of money committed to funds around the world and in Israel which is ready to be invested. The trend is coupled with a trade war between the U.S. and China, where Israel has found itself as a close ally to both global powers. Both countries have Israeli tech targeted as a strategic asset. In some possible outcomes, Israeli firms may find they are required to pick sides. Israel needs to be conscious of its domain expertise and continuously think about the way it protects intellectual property and monetizes it.
Cancel Send
To all comments
Buzz