Founded in 1999, Eventim produces, sells, and distributes tickets for a variety of culture and sporting events. The company employs 2,500 people in its German headquarters. Eventim’s Israel operation has been running since 2011 and is the largest ticketing service in the country. 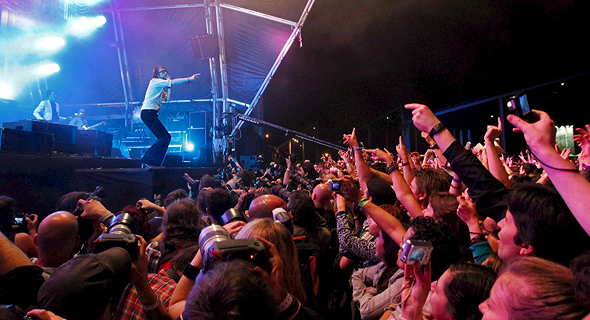 Concert (illustration). Photo: EPA
Among the technologies under works at the company’s new Israel development center are a prediction system designed to gauge the sales potential of different events, Feinstein said. “We have the ability to cross check our own data with data coming from different services such as Last.fm and Spotify, and from tools such as Google Trends,” Feinstein said, explaining that Eventim uses the data to predict the popularity of certain events.
Cancel Send
To all comments
Buzz