The engineering teams of SpaceIL and of its partner in the project, Israeli state-owned defense contractor Israel Aerospace Industries Ltd. (IAI), completed a 72-second maneuver intended to achieve synchronization with the moon on Monday 9 a.m., the two said, and are currently examining the results to see whether an additional alignment maneuver is needed.

Beresheet is scheduled to enter the Moon’s orbit on Thursday and enter its gravity by performing lunar capture. The craft is expected to land on the moon on April 11.

Beresheet was originally developed to compete in Google’s 10-year space race competition Lunar X Prize, but no craft was developed before the competition's deadline. On Thursday, California-based non-profit the X Prize Foundation announced it will hand out a $1 million prize to SpaceIL if it Beresheet will complete the landing safely. IAI estimated the development of Beresheet at $100 million. 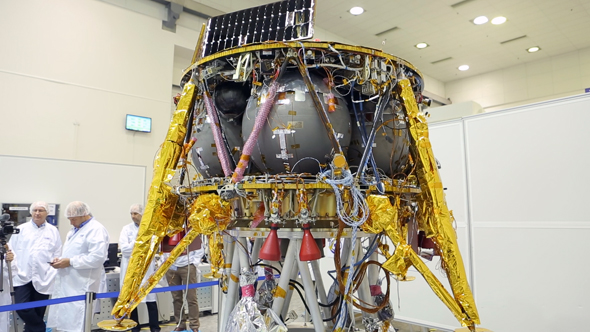