The Crypto Crash is an Opportunity to Build a Better Industry, Says Blockchain Entrepreneur

Having lived through the dot.com crash with his first company, Bancor co-founder Eyal Hertzog has much to say about the downturn in the crypto industry

TAGS:
Two years ago, Eyal Hertzog, co-founder of Israeli crypto coin trading platform Bancor, was among the rising stars of the cryptocurrency world. At the time, Bancor just raised $153 million in an initial coin offering of its token.

The hype has since been reversed, Hertzog said in a recent Hebrew-language interview with 30 Minutes or Less, a podcast created by Microsoft Accelerator TLV, published Friday. First, the cryptocurrency market crashed, taking Bancor’s token with it. Then, to make matters worse, in July 2018 Bancor was hacked, resulting in the theft of $13.5 million in crypto coins. 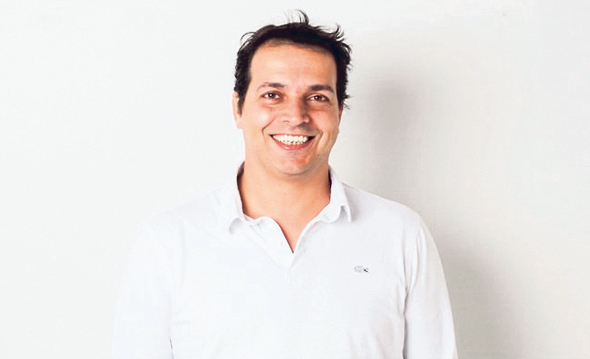 Eyal Hertzog. Photo: PR
“In most forums, I’m the only person who got to experience it twice,” Hertzog said, referring to his first company, Contact Networks Inc., a social network company founded in 1992, which fell victim to the dot.com bubble crash. Back then, he said, “the hype was even greater, and the crash was, in a way, almost more complete. And since it hit the global stock markets, the damage was in trillions of dollars.” Hertzog, who was 26 when he shut down his first company, said he was left confused by the reactions of venture capital firms he approached following the crash. The unanimous response was “the internet is dead,” he said. “Was I the only one thinking the internet was going to change everything? Was I wrong, or were they?” There’s a great feeling of déjà vu now, regarding blockchain, Hertzog said. “I knew there was a risk, but I didn’t expect the fall.” He, too, was swept in the euphoria of something that could change everything. And he still believes that even now. To transfer information costs nothing, but to save that information over time costs something, and that’s the difference between internet protocols and blockchain protocols, which are in all actuality a database, Hertzog said. A network transfers information; the database saves information. Networks exist in space, databases in time. And as long people have an incentive to mine cryptocurrency, they would be able to access blockchain protocols even years in the future. “That’s why blockchain needs cryptocurrency,” Hertzog said. But those are not the uses being discussed by most people performing ICOs, Hertzog said.

Detractors of bitcoin often ask what the actual uses of the technology are, and current answers are far from satisfying to them. “Financial experts have to contend with amateur software engineers that try to explain how the monetary system of the future will look, just because they figured out the code for bitcoin,” he said.

There probably isn’t an example in history of a coin that is as unstable, in terms of the cost of manpower needed to produce it, he said. And only a stable coin can enter circulation. ICOs are speculative tools, like securities–they are bought and sold according to a future bet. And there is much economic value in such collective wisdom, Hertzog said, but currency cannot act the same—an unstable coin eventually fails. And unless cryptocurrency can be stabilized, only die-hards will use it. “And I say it as someone who trades in bitcoin,” he said. “I’ve thought–and continue to think–that crypto will work. But coins like bitcoin will never replace fiat money.” What happens now? “After the dot.com crash, companies whose stock lost 98% of its value like Amazon continued to build.” In Many ways, Hertzog said, the crypto crash is doing the same for the industry, since it forces people to focus on the work and on building systems people can actually use. When the internet was first created, people could pretty much just email each other, Hertzog said—similar to the way blockchain is now used for transactions between people. And then there was Google, and suddenly people had access to an endless database, and that was the start of the internet revolution. “That’s where blockchain is going now,” Hertzog said.

The 30 Minutes or Less podcast, which launched in 2017, is hosted by Navot Volk, the managing director of Microsoft ScaleUp TLV, and tech entrepreneur Aviv Frenkel. The two interview tech founders, investors, and other key members of the Israeli tech ecosystem.