The bank published its recommendations Sunday, pertaining mostly to education and infrastructure, though tax benefits and bureaucratic red tape are also addressed

TAGS:
The Bank of Israel published on Sunday a special report containing operative recommendations for increasing the productivity of the Israeli economy. A known problem for many years, Israel's GDP per-hour-worked is 24% lower than the OECD average. Closing the gap—something Israel has so far failed to achieve—will see local wages and quality of life increase, the bank said.

The recommendations pertain mostly to education and infrastructure, though tax benefits and bureaucratic red tape are also in the line of fire. While their total cost is estimated at NIS 42 billion ($1.84 billion), the benefits they are expected to achieve long-term are estimated to be around NIS 270 billion ($76.1 billion), the bank said. 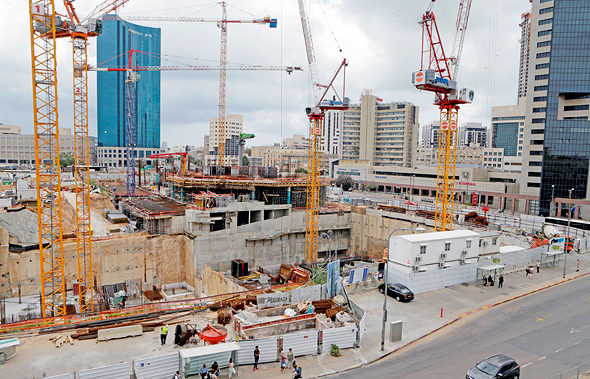 The bank suggests cutting the school week from six days to five, to better fit the Israeli work week. To balance the reduced hours, the bank recommends cutting school vacations by the same amount. The lack of synchronization between school vacations and the rest of the Israeli job market greatly impairs the effectiveness of working parents, the bank wrote. The bank notes the need to strengthen the educational basis provided during kindergarten, especially for lower-class households.

Another change the bank discusses is the importance of increasing the quality of the teaching staff, a move that will require smaller classes or more teaching hours. To achieve that end, the bank wrote, the employment terms and compensation scheme currently in place must be changed so that new teachers are better paid, especially in under-staffed subjects such as mathematics, sciences and English, and in schools that serve populations of a lower socio-economic stance.

The bank stressed that such changes could only be effective if the current personal and organizational evaluation procedures are also improved, a move expected to incur the wrath of Israel's teachers’ unions. For years, the Israeli education system has received additional budgets but has not shown improvement and the bank recommended funneling those budgets towards higher quality teaching staff instead. However, the bank also emphasized that to attract this kind of people, the attractiveness of the job must be increased, requiring an investment in improving the educational working environment, especially considering reforms passed in the last decade increased the amount of time the educational staff spends within school limits.

The bank emphasized that encouraging ultra-Orthodox Jewish (Haredi) men to integrate into the Israeli workforce is critical, as their share of the population is expected to grow significantly in the next decades. Less than half of Haredi men aged 25-65 are currently employed, and most lack critical skills due to long-lasting agreements between the Haredi political parties and Israel's recent governments, which exempt Haredi schools from teaching core subjects such as English, mathematics, and sciences. "Such deficiencies are very hard to fix at later ages," the bank wrote.

The bank estimates the needed budget for these changes at 1% of GDP, representing over NIS 12 billion ($3.38 billion), and expects it to be returned six-fold in the long-term.

Echoing previous OECD recommendations, the bank stresses the importance of improving Israel's public transportation infrastructure. Special emphasis is given to a metro system in central Israel, better train infrastructure, special lanes, and congestion charges. The bank estimates the needed budget at over NIS 25 billion (approximately $7.05 billion), but expects the return on investment to be almost quadruple.

The bank recommended cutting some of the tax benefits exporting companies receive today under an Israeli state law intended to encourage capital investments. "Based on economic theory, empirical findings, and international experience, we conclude that awarding an exporting company, even one with a higher productivity, with a permanent benefit is not justified on its own. The benefit should be given to companies that offer unique knowledge or other advantageous characteristics that have an impact on other companies," the bank wrote. The bank does recommend keeping in place the benefit awarded to multinationals of a certain size, which sees them taxed at a rate as low as 5%, in order to keep the Israeli economy attractive to international companies.

Such actions could improve Israel's growth by 2% in the long-term, the bank said.

According to data published Sunday by Israel’s Central Bureau of Statistics, Israel’s GDP has shown an annual growth rate of 1% in the second quarter of 2019, down from 4.7% in the first quarter and 4.2% in the fourth quarter of 2018.