Israeli Highway to Automatically Weigh Trucks as They Drive

Highway 6, Israel’s longest road will be installed with a weighing system for trucks, as part of a pilot program meant to reduce lethal traffic accidents involving trucks

Israel intends to automatically weigh trucks traveling on Highway 6, the country’s longest road, according to one person familiar with the matter who spoke to Calcalist on condition of anonymity. Highway 6 spans around 170 kilometers, connecting the country’s northern Galilee region with the southern Negev desert.

According to the pilot program—currently being promoted by the Ministry of Transportation and Cross Israel Highway Ltd., the state-owned company acting as the tollway’s implementing authority—Highway 6 will be installed with a system that weighs trucks as they drive, without interrupting traffic. Drivers infringing on legal weight limits will be signaled to pull over at an enforcement checkpoint and fined.

In response to Calcalist’s request for comment, Israel’s Minister of Transportation, Bezalel Smotrich, stated that the pilot is part of a program to reduce lethal traffic accidents involving trucks. 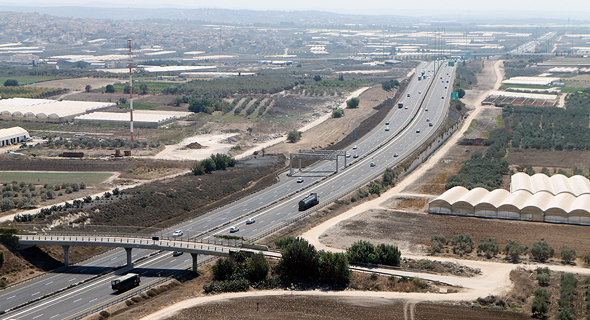 Israel's Highway 6. Photo: Amit Sha'al
The costs of installing the system are estimated at NIS 2 million (approximately $567,000) and it is scheduled to begin operations in the second quarter of 2020, according to the person.

Overweight trucks are a common phenomenon in Israel due to a shortage in drivers and vehicles as well as the fact that weighing is currently being done at random, allowing many violators to get away with their infringement, Hilla Haddad, deputy head of the Infrastructure and Development unit at the ministry, said in an interview with Calcalist. “We want to use technology to get to everyone,” she said. “A truck that is overweight has trouble braking and is at risk of turning over,” she added. “An accident involving a truck not only costs lives but also creates traffic jams that translate into millions of shekels in damages to the local industry.”

Related stories:
Highway 6 was chosen for the pilot because of the high volume of trucks passing through it—12% of all vehicles on Highway 6, compared to 7% in other highways. Cross Israel, which is also responsible for several other tollways in the country, believes truck drivers will not be able to avoid Highway 6, as other routes will significantly prolong their journey, the person said. A Cross Israel spokesperson stated that Highway 6 serves about 22,000 vehicles a day.
Cancel Send
To all comments
Buzz