Hype Over Neruotechnologies Can Drive Legislators to Jump the Gun

As the hype around brain-altering devices grows, legislators find themselves attempting to fight off threats that have yet to emerge

TAGS:
Two of the most prominent and growing areas of direct-to-consumer (DTC) recreational medical devices and services are genomics and neuroscience. For most consumers, both fields possess an aura of complexity, obscurity, and even a sense of fate, making consumer access to them very enticing and exciting. Both fields of research have also benefitted from substantial government support over the past decades, further pushing innovation in these fields.

In general, the DTC market for quasi-medical devices and procedures raises significant legal and ethical concerns, most often as the devices are often intentionally classified as recreational or wellness devices to avoid regulatory oversight, while marketers simultaneously hype their purported medical benefits. 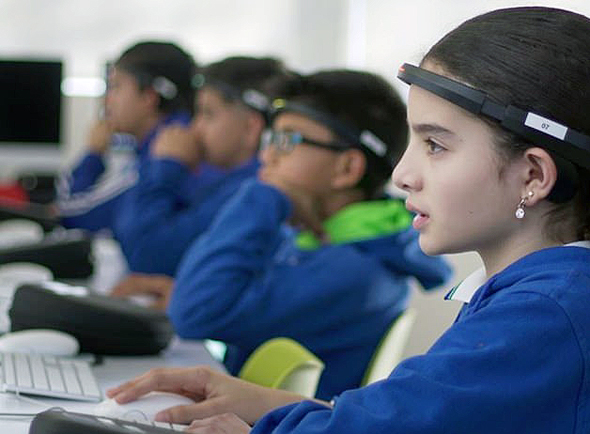 In fact, neurohype, the tendency to exaggerate and over hype brain-based science, has become a particularly problematic issue within the area of neuroscience innovation, for both devices and pharmaceuticals. Referring particularly to the over-hyping of neurotechnologies, the concern has become pervasive within the neuroscience community, with a number of papers written on the topic.

This issue has become especially challenging due to the increasing amount of professed DTC neurotechnologies. The DTC neurotechnology market is expected to surpass $3 billion by 2020 and includes a broad spectrum of neuro-innovations ranging from the relatively pedestrian and easily available diagnostic mobile apps, through virtual reality devices, and all the way to Elon Musk's recently announced Neuralink device.

In a paper published last month on the technology, Musk describes how his Neuralink device will allow for the relatively quick and painless implantation of electrodes into the brains of consumers, potentially in an outpatient procedure conducted with exactitude by highly proficient robots.

These electrodes will eventually, when human subjects' research begins purportedly next year, be able to both read and write to your brain. Reading entails recording and decoding electrical impulses to interpret what the brain wants. For example, if the Neuralink is connected to a robotic device, that device could be operated through sheer brain-power. This type of technology could be life-changing for people with disabilities. Similarly, through its writing abilities, Neuralink and other technologies like it, could potentially enhance brain activity, albeit thus far it seems to work best with people some mental deficit, not on average or gifted individuals.

Neuralink will have standard USB and Bluetooth connectivity. What that means for the user, vis-à-vis their ability to modify their Neuralink to neurohack their brain, remains to be seen.

While Neuralink is not yet available, there are many devices already on the market and literally thousands of patented inventions of its type. Most DTC devices do not employ implantable electrodes like Neuralink, but rather use external electroencephalography (EEG) readers to extract brain signal information. There is a veritable alphabet soup of acronyms that describe the various technologies of transcranial stimulation. Some devices use transcranial direct-current stimulation (tDCS) to the brain to supposedly effect short term stimulations and changes on the brain, but none have been approved by any U.S. regulatory agency to date. Another technology, transcranial magnetic stimulation (TMS) has gained regulatory approval but solely for the treatment of depression. Some devices can supposedly be used to both determine and influence affective states, or in other words, your mood. This can be potentially employed to help people with mood disorders or people who have physical disorders, such as paralysis, that doesn't allow them to effectively express their moods.

Many of these devices are far from useful, especially for the standard consumer that has no formal neuroscience training. The devices are often less robust than their research counterparts, and the lack of formal training by users might result in improper use. Many of the devices are actually still in experimental phases, are not rigorously validated, and are cost-prohibitive for all but the wealthiest of consumers.

So far, we have established that there is a substantial amount of neurohype, but you may be asking why should the law care if marketers get a little over-exuberant with neurotechnologies? The answer is because ethicists, policymakers, and legislators, believing the hype and worrying about the potential problems these devices create, may take the opportunity to start developing policy and regulation long before the technology they want to regulate can actually become an issue.

Clear regulation is good for innovation when it is titrated to optimal dosages. However, it can become especially problematic for innovation when it is shaped too early, before the technology and the associated concerns are proven as real. When we legislate too early, we may choke off valuable directions of invention that might not even raise the concerns we were trying to legislate against.

Nevertheless, there are obvious concerns that need to be taken care of now, specifically because the technology is so often overhyped. For example, there needs to be transparency in how the devices actually work and truth in advertising in terms of what they can actually do. Some transcranial devices are no better at decoding brain signals than random guessing.

There is also the possibility, given the often experimental nature of the devices, that the consumer might hurt themselves, either physically, for example by burning their scalp through misuse of the devices, or mentally by a misdiagnosis or an unsupported diagnosis without the input of a trained medical professional.

There is a similar concern with regard to genomic technologies. Last week, Californiapassed an anti-biohacking law, making it illegal to sell gene therapy kits that employ CRISPR technologies, unless the seller includes a statement that the kit is not for self-administration. "Due to the infancy of CRISPR technology, especially for public consumption, more research is needed to ensure safety of the administration of these products," the law reads.

Moreover, the U.S. Food and Drug Administration (FDA) considers human gene therapy to fall under its regulatory purview and has made the sale of unapproved gene therapy products for biohackers is against the law. The FDA, in particular, is concerned about the safety risks involved.

Some biohackers feel that they are the target of the California bill, as there really aren't any current products that would meet the concerns of said bill, the use of CRISPR by the biohacking community is mostly still hype. The only result of the bill, which has no real enforcement mechanisms to prevent people from using CRISPR, will be to drive biohackers into the shadows, which would hurt innovation, limit transparency and lead to greater safety considerations for those who eventually choose to employ CRISPR technologies on themselves.

Arguably, similar efforts to preemptively limit the use of DTC neurotechnologies, before we know exactly what they can do, may do the same: drive neurohackers into the shadows resulting in the potential for dangerous, unregulated self-experimentation with DTC devices.