Bestselling author, behavioral economist, and entrepreneur Dan Ariely explains in an interview with Calcalist how corruption spreads and why even exposure to it can cause people to become unethical themselves

Israel just had its second national election within less than one year. The still ongoing coalition negotiations are being held under the heavy shadow of several possible indictments against current Israeli prime minister Benjamin Netanyahu, with his pre-indictment hearing scheduled for October 2 and 3 on allegations of bribery, fraud, and breach of trust. 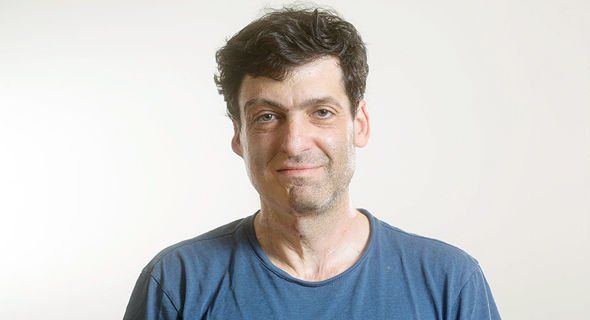 On the one hand, it seems Israeli politics have never been more corrupt. On the other hand, Israelis seem indifferent to corruption and happy to forgive sinning politicians and vote for their favored candidates even when they are facing indictment and jail time. Bestselling author, behavioral economist, and entrepreneur Dan Ariely focused his latest study on the psychology of corruption—how it spreads, becomes ingrained, and pollutes society—and shared his insights in a recent interview with Calcalist.

Is the world really becoming more corrupt or is that a misconception?

The biggest danger corruption poses is that it spreads like a plague: it reproduces quickly, and the more time passes, the harder it is to regain control. What we found during our research is that sometimes exposure to corruption is enough to “catch” it.

In 2018, Transparency International e.V., a global nonprofit that combats corruption, reported that 70% of the 180 countries it surveyed received a negative score. According to its corruption perception index for 2017, nearly one in four people surveyed globally said they paid a bribe when accessing public services in the 12 months that preceded the survey. In the Middle East and Africa, that number rose to one in three.

There are places where the police regularly take bribes. There is no shame anymore. Social norms are a slippery slope; even if you are initially opposed to corruption, you change over time when it is the social norm.

How can that be seen in your research?

In the study I conducted with several other behavioral researchers we invited students to the lab and asked them to throw a virtual dice on an iPad in return for a reward. Before each throw, the participants were told to choose a side, either up or down, but to log in their choice only after throwing the dice and seeing the result.

Subjects were told that their reward would depend on the accumulated outcome of 30 throws with higher scores given when their reported bet matched the result. Due to how the test was built, participants could report a higher score to up their monetary reward. The experiment was designed to create a moral dilemma: tell the truth and receive two points, or lie and receive five points. As each point added more money, everyone had an incentive to misreport.

We then told them the game had another version with a higher reward—$40 instead of $4—and that assignment to either version will be decided by lottery. At this point, the researcher conducting the test offered participants the option of being chosen for the more profitable version in return for a two-dollar bribe, after explaining that it was against the rules but could easily remain a secret as the head researcher was away. Eighty-five percent of the subjects chose to pay the bribe.

The most worrying finding was that almost all participants who chose to pay the bribe were much more likely to lie about their dice results. They also stole more. Usually, when conducting this experiment, we saw that while people tweaked the results they reported they at least kept to that number when collecting their reward from the envelope at the end of the test—something stopped them from taking that extra step. But the bribery group took more than they reported—the interaction with the researcher pushed them to steal as well.

This suggests that sometimes, just the fact that someone in a position of authority is giving the impression that acting in a specific way was okay is enough to instill corruption. The idea that norms can change so quickly following just one meeting with a corrupt authority figure is very worrying.

How do you get from cheating on a test to a corrupt society?

Think for a minute: what stops you from being unprincipled? Your conscience and the law. But the law cannot police you 24 hours a day, so your conscience plays the bigger part. Imagine it is 4:00 a.m., and you take your dog out for a walk. The dog poops on the sidewalk, and you stop and consider your next step. Corruption starts at the point where you tell yourself “this is the way things are” and your conscience does not hinder you anymore.

What neutralizes our conscience?

There are a lot of stages within the slippery slope of corruption. Each step changes us a little, and each legitimizes the next, slightly worse step. In a 2008 study I conducted with Nina Mazar and On Amir, we found that most people will act unethically as long as they can maintain their ethical self-image, that is, justify their actions enough to feel comfortable with them.

I met with a former professional road racing cyclist called Joseph “Joe” Papp, who started using a performance-enhancing drug due to a medical issue. It was completely legal, even covered by his insurance. But then there was a market shortage, and he started buying the drug from a Chinese manufacturer. Then his teammates heard about it and wanted in as well. In the end, he was convicted on drug distribution charges.

What can we learn about Israeli politicians from this?

The ability to rationalize every step of the corruption process is the same for everyone, but for politicians, what really has an impact is a conflict of interests. Politicians want to see reality conforming to their own world view, they want their country to succeed and lead, but they also want their party to succeed and their family to have a better life. Those clashing desires serve as motivation to bend reality.

When a lobbyist with a lot of money connects with a politician, the lobbyist uses the promise of favors and perks to sway the politician into changing his or her viewpoint on certain issues. Such perks create an artificial sense of a close relationship: when a person gifts you money, you start leaning towards their opinions more. That is why everything should be done to curb conflicts of interest.

Firstly, lobbyists must be abolished. They should not be allowed to operate, not even if restrictions are put in place. I would also advise paying more attention to the issue of transparency. The Israeli budget laws, especially when it comes to budget changes, is just corruption waiting to happen.

Where does the voting public come in?

In a previous study, we scanned people in an fMRI and told them they can lie however much they wanted while receiving money for it. Initially, when they lied, the emotional part of their brain “yelled,” that is, showed a negative response to the fact that they were lying. But the more they lied, the less brain response they showed. We do not acclimate only to our own lies, we also acclimate quickly to lies told by others.

In the U.S., where for politicians—and especially for the president—lying has become almost routine in recent years, the public is certainly more indifferent to it. For them, it is just how things are.

When Donald Trump was campaigning for president, I was surprised by how much people just didn’t care that he was so dishonest. Many of his voters even preferred it. There are many human values and honesty is just one of them. What do you do when different values collide? Republican voters had many issues they wanted to see taken care of, for example, tax regulations and abolishing medicare. They preferred a crooked president, as long as he cared about the values they placed the most emphasis on.

To some extent, the same reasoning can be seen among those who vote for Netanyahu, or for the Haredi parties. They justify the underhanded behavior of those party leaders in the name of wider interests. It is a rationalization of corruption. And it is a very dangerous process because if you decide to forgo honesty, you forgo it for a long time. Agendas change, but it is hard to recreate an honest system after corruption has become entrenched.

In August, Israel's Attorney General and Police recommended indicting two high-ranking politicians, Likud member Haim Katz, until recently the minister of welfare and social services, and Yaakov Litzman of United Torah Judaism, Israel’s deputy minister of health. How does the proximity of these two cases affect the little guy?

It has several effects. Firstly, compliance with government rules decreases. I am willing to bet that, for example, small business owners will be less willing to pay value-added-tax on every deal. It is a result of the groupthink phenomenon that guides us when it comes to adopting social norms. In other words, if someone in my group does it, then so can I. And when it is the leader, that rationalization is even stronger. In Mexico, for example, many connect the widespread tax evasion seen in the country to the increasing government corruption.

Can political corruption encourage poor behaviors that are not necessarily corrupt, such as wild driving or littering?

A corrupt prime minister will not lead people to commit adultery or cheat their friends in poker. However, the idea that people should first and foremost take care of themselves harms the concept of social responsibility. The government should encourage the public to act ethically.

Recently, a senior officer in the U.S. military told me that Trump’s election has slashed the willingness of highly skilled people to enlist by over a third and that those who do enlist display lower motivation. Israel might have mandatory military service, but governmental corruption can damage the willingness of reserve forces, for example.

The human ability to adapt to new situations can often be a source of wonder, but when it comes to corruption it is very dangerous. If we fail to react to political corruption, things will only get worse. A world where truth is not valued is precarious and destructive, and its implication is a complete loss of public trust in the government, and in the government’s ability to make the right decisions.