As Tensions Come to a Head, Adam Neumann Steps Down as WeWork CEO

On Tuesday, Adam Neumann’s rapid fall from grace came to a head as WeWork released an official announcement that the co-founder will be stepping down as CEO, effective immediately. He has been replaced by WeWork’s former chief financial officer Artie Minson and former vice-chairman Sebastian Gunningham, who had both previously held top executive positions in companies like Amazon and Oracle but never helmed a company.

The announcement, anticipated by an earlier report by the Wall Street Journal, brought an end to the tumultuous six-weeks period that followed WeWork’s attempt to go public. The company’s public prospectus failed to deliver what investors were expecting—namely a solid business model—but highlighted a multitude of problems, much of which had to do with Neumann’s unusually stringent grip on the company. Voting with their pockets, investors led WeWork’s valuation to plummet from its initial $47 billion to under $20 billion. 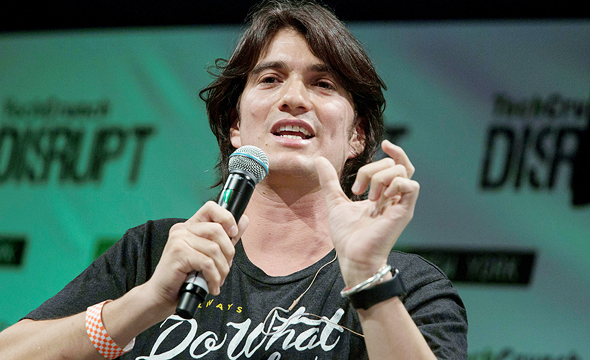 WeWork co-founder and CEO Adam Neumann. Photo: Bloomberg
Though no official statements were made, copious news outlets reported a widening divide between Neumann, who wanted to go ahead with the IPO, and SoftBank, who wanted to shelve it to avoid registering a down round in its books. Following reports stated WeWork’s board was starting to turn on Neumann. Tuesday’s announcement stated Neumann will continue as non-executive chairman of WeWork’s board. In the official announcement, he has stated: “while our business has never been stronger, in recent weeks, the scrutiny directed toward me has become a significant distraction, and I have decided that it is in the best interest of the company to step down as chief executive.” While the incoming co-CEOs and the board all paid lip service to Neumann as a visionary and entrepreneur, it remains to be seen how much power he has been allowed to retain following his ousting.
Cancel Send
To all comments