Update: Intel will not be closing its chip fabrication facility in southern Israeli town Kiryat Gat. The plant, which employs several thousand people, is considered essential and operates 24 hours a day, seven days a week.

An Israeli airstrike on Gaza Monday night that killed Islamic Jihad commander Bahaa Abu al-Atta ignited border conflict yet again, leading Israel’s south and center to shut down due to missile threat. Israel’s Home Front Command ordered schools and non-essential workplaces closed in towns near the Israel-Gaza border and the country’s southern cities, and public transportation has been limited. But while missile fire on areas near the border has become almost par-for-course for Israel’s citizens, Tuesday’s counter fire hit much closer than most Israelis are used to, at the country’s center. 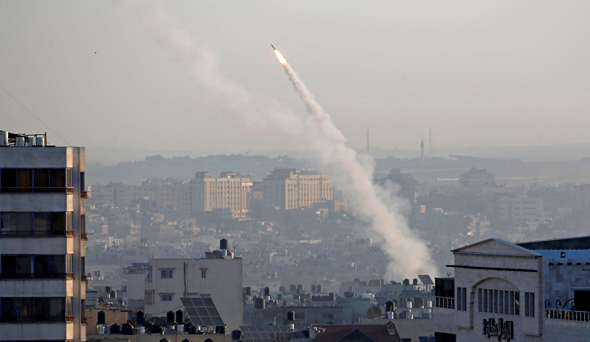 Residents of Israel’s central district, which includes business and tech capital Tel Aviv, woke up this morning to the sound of alarms and distant explosions as the country’s Iron Dome air defense system shot down missiles. According to a recent announcement by the Israeli military, around 50 rockets were fired into Israel since the morning, with 20 taken down by the Iron Dome.

Some central cities, like Herzliya, where many offices of multinational companies including General Motors and Wix are located, announced they were opening public shelters. Though southern students were notified of school closure first, the Home Front Command soon added students in Tel Aviv, Rishon LeZion, Bat Yam, Holon, and Yavne to their number. All non-essential workplaces were instructed to close in Israel’s center as well, though those with shelters could remain open. Many business owners have closed shop or announced partial operations in southern and central Israel, according to official recommendations. The Bank of Israel has instructed Israeli banks to operate according to emergency protocols, meaning most branches will be closing their doors. Courts will also operate at a limited capacity. Crowds are currently limited to 100 people in the south and 300 people in the greater Tel Aviv area. Following the escalation between Israel and Gaza, the dollar appreciated 0.6% against the shekel, reaching NIS 3.521, while the euro appreciated 0.7%, reaching NIS 3.883.
Cancel Send
To all comments
Buzz