HR startup Gloat Ltd. has raised a $25 million series B funding round, the company announced Tuesday. The round was led by London-based Eight Roads Ventures, with participation from Intel Capital and existing investors Magma Venture Partners and Jerusalem-based Pico Venture Partners.

Prior to this round, Gloat raised $10.3 million, according to Pitchbook data. 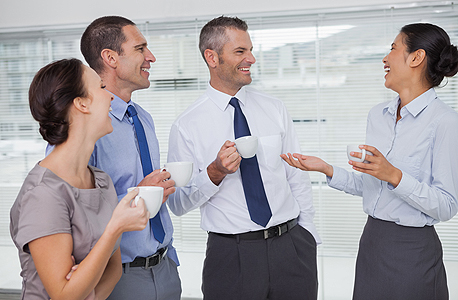 Workers (illustration). Photo: Shutterstock
Founded in 2014, Gloat (formerly known as Workey Employees Recruitments Ltd.) offers companies and organizations a service that automatically compares employees’ work skills, interests, and career histories in order to recommend potential projects and career-advancing opportunities. The company was founded by Ben Reuveni, Amichai Schreiber, and Danny Shteinberg, and employs some 70 people, according to LinkedIn. Gloat, which lists companies such as Unilever PLC and Schneider Electric SE as customers, has offices in New York and Tel Aviv.

This article has been corrected. An earlier version identified Intel Capital as a leading participant on the round.