All the technologies we know and use every day started out as no more than innovative ideas in someone's head. Some became overwhelming success stories, while others still need a little more time to mature

TAGS:
It might be hard to imagine, but some technologies we all know and use every day were nothing more than innovative ideas a little over a decade ago. The leading mobile operating system in 2009 was Nokia’s Symbian; YouTube was barely the age of a toddler; and cloud computing sounded like a completely vague concept to most. Now, there are about 4 billion smartphones in the world, sold in the hundreds of millions each year; most of us are subscribed to at least one streaming service; and cloud computing services are used at the office, in school, and in private homes, by anyone using Google or Microsoft services. All of these technologies, however, started as ideas that struck investors as promising and that were able to come to fruition relatively quickly. The iPhone 4 was launched in 2010 and became a prototype for every smartphone that followed. In 2009, less than 1 million Android-based devices were sold, while today Google’s mobile operating system is used by around 75% of all active smartphones in the world. In 1995, there were 16 million internet users; in 1998, there were already about 147 million; and today nearly the entire western world is connected. 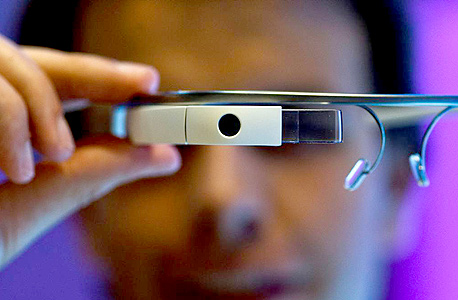 Google Glass. Photo: Bloomberg
These are just a few examples of tech that caught on, but the past decade saw many technologies that are less likely to be realized or offer a return on investment any time soon. After all, electric cars were invented at around the same time as internal combustion vehicles, but it took them an extra century to become commercial. Let us survey some of the decade’s technological developments that appeared to be the next big thing, but failed or have yet to fulfill their potential.

The promise that we would all one day walk around with augmented reality glasses was spread by Google since the beginning of the decade. In 2013, however, Google Glass hit a wall in the form of a society not willing to let go of its privacy—yet.

The field of augmented and virtual reality may be growing steadily at an average pace of 27% a year, but it is still very far from being widely accepted the way smartphones were. The latest flop in the sector was Magic Leap Inc.’s goggles, which reportedly sold barely 6,000 units in the six months following their release.

This sector is truly mystifying. On the one hand, bitcoin did skyrocket in value, making quite a few new (virtual) millionaires. On the other hand, it is extremely difficult to cash in and use in the physical world.

Blockchain, the technology on which bitcoin is based, was supposed to replace lawyers, state authorities, and banks when it comes to document authentication and credibility tests, but it did not. Tech giants like IBM and Oracle Corp. tried to incorporate blockchain into their enterprise software, but as it turns out, nobody really wanted it since existing technologies offer a similar solution at a lower cost. To make a long story short, blockchain and bitcoin seem to have remained not much more than a hobby for tech enthusiasts.

The idea is brilliant—companies do not have enough employees to communicate with every client, but software could be made to imitate a human response. Facebook, Twitter, and companies offering customer engagement services like LivePerson Inc. all saw it as a potentially lucrative avenue, but three years after the initial hype, chatbots have yet to take over customer service centers and most customers still view them as a nuisance standing in the way of them reaching a human representative that could actually solve their issue. Chatbot technologies may still shine in the future, however, through digital personal assistants such as Google Assistant or Amazon’s Alexa, recently demonstrated to be capable of having a nearly natural conversation with a human customer ordering a flower delivery.

Another investor favorite, the internet-of-things (IoT), promised to connect our fridge to the supermarket to automatically restock on milk; to have our television sets scan our faces to determine which household member is watching and switch to their favorite channels; or to have industrial production machinery capable of managing its inventory.

These theoretically sound ideas ran into several serious problems, mainly when it comes to privacy and information security concerns. As it turns out, manufacturers did not bother or know how to secure their products, leading to hacked webcams, connected devices compromising an entire network, and even spam-sending refrigerators. Hackers had a field day, investors were less joyous. Drones

Drones, or unmanned aerial vehicles (UAVs), were supposed to deliver our pizzas and Amazon packages or fly us above traffic, but they haven’t, and not for lack of trying. Amazon started dabbling with the notion of its Prime Air delivery system back in 2015, but it has yet to be realized. Several companies, including Google’s Wing Aviation LLC, do offer drone deliveries but only in limited areas and over short distances.

The main issue of the drone sector remains the lack of proper regulation—as of yet, no one has been able to figure out how to turn UAVs into a safe and reliable enough tool that can be set free above the public sphere. Autonomous cars

In 2016, entrepreneur Elon Musk estimated there will be about 10 million autonomous vehicles on the road by 2020. Needless to say, he was wrong. As of now, there are just several hundred autonomous cars, all used solely for limited trials.

The main issue is that the technology has yet to mature. It is extremely difficult to hand the wheel over to a computer that will replace a human driver’s judgment. Regulators are also far behind and unsure of how to deal with a robot on wheels driving along traffic. Insurance companies are lagging as well, falling behind on developing relevant actuarial policies. Combine all these elements and you get a sector that is unlikely to show significant growth in the near future.

All the technologies listed above have yet to live up to the hopes of the visionaries that concocted or invested in them, but that does not mean the next decade won’t see them revolutionizing our day-to-day lives. Sometimes, all you need is a little tweak to the atmosphere or a small technological breakthrough to turn an overlooked technology into an overnight success.