Can the IRS Tax Your Fortnite Avatar?

Legal ownership of digital assets is a complex issue that raises serious questions regarding taxation, rights of inheritance, and post-mortem privacy

TAGS:
Last week, Fortnite, the multi-billion dollar free-to-play online video game, rick-rolled its followers on Twitter to announce yet another upcoming chapter. For those unfamiliar with the term, rick-rolling is an internet bait and switch meme, where users are tricked into clicking on a disguised hyperlink that leads to the music video for the 1987 hit by Rick Astley, Never Gonna Give You Up. 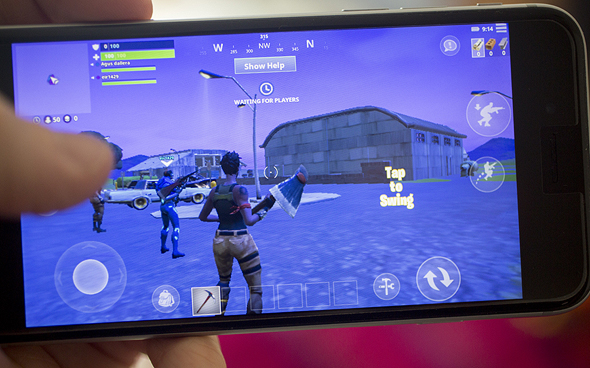 Fortnight. Photo: Bloomberg
To celebrate the launch, gamers can also purchase the RickRoll emote a set of dance moves that allows players to express themselves within the game. Like other cosmetic and weapon enhancements for avatars, the emote can be purchased at the Fortnite item shop using V-Bucks, the internal Fortnite currency. V-Bucks can either be purchased with cash or, to a lesser degree, earned within some of the Fortnite game variations. In October 2019, the Internal Revenue Service (IRS) listed V-Bucks on its website as an example of virtual currencies that, when earned, have to be reported in tax returns. Last week, however, the IRS admitted that it had made a mistake and noted that transacting in virtual currencies as part of a game, when they do not leave the game environment, or in other words, cannot be converted back to cash, would not be taxable. The IRS' interest in virtual currencies, however, is indicative of a greater appreciation for the growing universe of intangible digital assets. Outside of the world of cryptocurrencies, however, most digital assets are not easily convertible into real world valuations, even though they are often extremely valuable.

Consider, for example, the Instagram account of social media influencer Kylie Jenner, a member of the Kardashian family. With a reach of over 100 million fans, accounts like hers are hugely valuable marketing tools and Jenner is reportedly paid over $1.25 million for each sponsored post on her account.

So, is the value of social media accounts something that can be bought, sold or inherited, like a medical practice of a trusted retiring physician or is it innately tied to the individual account holder, both in spirit and by law? Notably, while most types of property can be assigned, it is not necessarily the case that all contractual rights are assignable or transferable.

In some instances, social media accounts are so inherently personal that the sum total of one's social media presence can be used to create an online bot that closely mimics the personality of a deceased individual. In addition to sales, the legal status of a conveyance of social media accounts comes up most often in issues of inheritance. As with many other aspects of digital legacies, or e-legacies, social media accounts in particular throw a wrench into standard inheritance laws. Hosted by online platforms that generally claim ownership rights over these accounts in their terms of service (ToS), these additional parties confound the division of assets in assessing post-mortem ownership of the assets. In addition to the next of kin, social media accounts may be under the control and perhaps, even the ownership, of their respective online platforms, like Google, Facebook, and Twitter. Moreover, unlike most properties passed on by will or intestacy, digital files and accounts not stored on actual physical infrastructures, such as hard drives, memory sticks or other physical media that is under the care and ownership of the deceased, may not even be recognized as part of the inheritable estate in some jurisdictions. And it is not only ownership that is legally confusing. With many social media accounts actively surviving the passing of their operators, there is an increasing need for stewardship of social media accounts and their ongoing digital presence after death. In the past, such stewardship obligations would be limited to famous personalities and celebrities with clearly valuable personas. Now that anyone can claim their 15 minutes of fame online, many more estates could need long-term stewardship commitments. Who should be responsible for this stewardship is not always clear. This can be especially difficult in the U.S. where state laws guide much of the questions regarding the estate, but federal intellectual property rights often dictate what happens to creative works. While, in the past, only a small portion of the population created creative works, social media has turned us all into creators. Further muddling the issue, although some jurisdictions allow the deceased to decide many of these issues of post-mortem ownership and stewardship while they are still alive, most do not, leaving the untangling of these digital assets for the courts to work out. To deal with this growing uncertainty, many U.S. states have enacted some form of the Revised Uniform Fiduciary Access to Digital Assets Act (RUFADAA). The law, while seeking to include digital assets like cryptocurrencies and digital files within the decedent's estate, nevertheless limits a fiduciary's access to many digital properties that reside on online platforms, when the decedent fails to outline how these assets will be distributed after death. Typically, these laws revert control to whatever entity has been granted it, as per the terms of service for each online digital platform. This reality is upsetting. Digital platforms typically have wholly commercial interests in the decedents' accounts, in contrast to the likely competing stewardship wishes of the deceased themselves and the deceased's loved ones, which often come with an emotional or sentimental attachment. On the other hand, the interests of the digital platforms will likely strongly align with general privacy interests and may actually represent the unspoken wishes of the dead. There have been a number of cases, often between bereaved loved ones and Facebook, regarding access to the accounts of the recently departed. In one case, Germany's Federal Court of Justice in Karlsruhe ruled that online social media accounts are like diaries and therefore are inheritable by the next of kin. The court had overruled a lower appellate court ruling that an individual's right to digital privacy extends past death. Perhaps as a result of these lawsuits, Facebook has set up a system that allows users to specify what should happen to their accounts after they die. Unfortunately, a recent study found that most online services do not have specific rules for succession outlined in their terms of service. However, some of the larger platforms do. Google, for example, has an Inactive Account Manager that is designed to provide control over an account, after the primary account holder has become inactive.  In other instances, online accounts are simply terminated at death. For example, the terms of service of Apple's iCloud state: "unless otherwise required by law, you agree that your account is non-transferable and that any rights to your Apple ID or content within your account terminate upon your death… all Content within your account will be deleted." While these and other ToSs often allow some form of commemoration of a loved one after death, they do not necessarily provide guidance as to how do deal with the more lucrative issue of control over valuable accounts. As per Instagram's terms of use you are not allowed to "impersonate others or provide inaccurate information;" or "attempt to buy, sell, or transfer any aspect of your account." This would seem to imply that the relationship between Instagram and the account holder is personal, and cannot be transferred, even in death.

Snapchat, is a bit more understanding, stating that "you will not buy, sell, rent, or lease access to your Snapchat account, Snaps, a Snapchat username, or a friend link without our written permission."

But, just because it violates terms of service, does not mean that users are not doing it anyway and many Instagram accounts, for example, are openly sold on the platform of its parent company, Facebook.

It is not just online accounts that are implicated. In many jurisdictions, including New York, the right of publicity or privacy does not extend after death. In these jurisdictions, anyone can essentially use the likeness of a dead celebrity—also known as a deleb—including employing information that is culled from the deleb's publicly available social media presence.  The technologically inclined can even create a 3D AI hologram of a likeness that has fallen into the public domain. For example, in 2018, Las Vegas-based company Base Hologram announced a licensed holographic tour by British singer-songwriter Amy Winehouse, who died in 2011. The tour has since been put on hold, due to "unique sensitivities."

Meanwhile, last week, also in Las Vegas, Tim Sweeney, the co-founder of Fortnite's developer Epic Games, argued against further efforts to introduce digital assets in video games, especially in the form of controversial loot boxes which contain unspecified digital items. Belgium already declared this practice to be illegal and other countries are increasingly interested in regulating this area.

Where it is still legal, however, loot boxes are increasingly being monetized on online marketplaces where the digital assets they contain are sold online, likely leading to more government scrutiny and regulation on digital assets within games. Dov Greenbaum is a director at the Zvi Meitar Institute for Legal Implications of Emerging Technologies, at Israeli academic institute IDC Herzliya.