Out of Sight - Close to Mind: an Israeli Startup Revolutionizes the Field of Eye Care

The Israeli medical device company SlitLED has developed an innovative, patented Tele-ophthalmology solution, which enables patients to receive an accurate and reliable eye examination anywhere, anytime without having to visit a clinic

Access to modern medicine is one of the most significant issues confronting today's world population. In many areas of the world, including Western countries, access to physicians, and specifically specialists, is particularly restricted, because most of them are concentrated in large urban areas. For example, in the United States alone, according to official data, about 75 million people have limited access to medical care. In the case of Ophthalmology, late diagnosis of otherwise easily treatable diseases can result in irreversible damage to the patient's eyes, and even blindness, all due to inaccessibility to doctors.

The number of eye exams required for the global population is increasing rapidly, while the number of ophthalmologists is insufficient. Furthermore, an uneven geographical distribution of ophthalmologists only worsens the problem, leaving millions of people worldwide with limited to no access at all to professional ophthalmic care, and leading to tens of billions of dollars in costs per year.

One field designed to solve this problem is telemedicine, which has changed drastically in recent decades. The Internet, digital cameras and smartphone have opened a new era in medical diagnostics, now allowing doctors to check, diagnose and track patients not physically present, even from the other side of the world. This solution is especially suitable for large countries, where the population is spread over a large area and getting to the nearest clinic or hospital can take several hours.

An Israeli startup called SlitLED has developed a unique ophthalmology system that, for the first time, allows ophthalmologists to perform a complete examination of all parts of the eye in a remote patient, in real time and with full control by the physician. This technological breakthrough will enable ophthalmologists, for the first time, to dynamically diagnose using telemedicine technology. The company's team includes experts in the field of ophthalmology as well as in various fields of hardware and software engineering. The company is supported by a team of first-rate expert consultants with rich experience in Israel and worldwide. 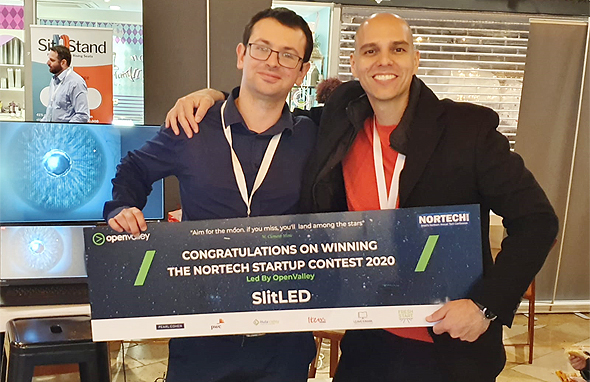 "When it comes to eyes, receiving quick and proper care is crucial" says Dr. Benjamin Halevi, the company's CMO. "In 80% of cases, eye sight can be saved if diagnosed in time. The real tragedy is that people living in remote areas have limited access to ophthalmic services, and tend to suffer more from visual impairment".

A technological breakthrough for a worldwide problem

Eye diagnosis today is done with the Slit Lamp - the main examination tool used by ophthalmologists. This tool examines all parts of the eye using a slit of light and microscopic inspection. The Slit Lamp was invented more than 100 years ago, and every diagnosis ophthalmologists make with it requires the physical presence of the patient. The transformation effected by the SlitLED technology can be compared to switching from the dial phone to smartphones. 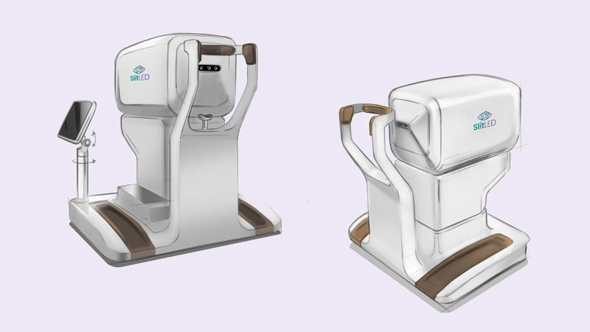 During the examination, the physician can dynamically operate and manipulate the patient’s unit while holding a face-to-face video call, thus fully controlling the examination and supplying the patient with a clinical diagnosis, as if they were both at the ophthalmologist’s clinic.

As previously mentioned, SlitLED operates in the field of telemedicine, which is already valued at tens of billions of dollars and is expected to grow by about 15-20% a year worldwide. Specifically, in view of the aging population in the Western world and the increase in people suffering from diabetes and vascular disease, both of which cause irreversible eye damage and require frequent check-ups, the field of distance ophthalmology (Teleophthalmology) is one of the fastest growing fields in the medical and technological world. To date, over 100 million eye examinations are performed each year, representing a market of over $ 15 billion annually in the US alone. Teleophthalmology is currently the focus of interest of investment funds and international companies.

SlitLED is currently running a fundraising campaign on the ExitValley platform and invites the public to take part in its success by joining it as shareholding investors.