Former Sephardi Chief Rabbi of Israel Eliyahu Bakshi-Doron passed away on Sunday night in Jerusalem due to complications from coronavirus (Covid-19). Bakshi-Doron was one of five people to die overnight and within the early hours of Monday morning, bringing the country’s death toll to 110. According to the Health Ministry, there are a total of 11,235 confirmed Covid-19 cases as of Monday morning. The number of people in severe condition has reached 183, with 133 of them requiring connection to ventilators. More than 1,600 people throughout the country have recovered from the disease.

Bakshi-Doron was hospitalized last week after testing positive for the virus and became the most prominent Israeli figure to die from the disease, passing away at the age of 79 at Shaare Zedek Medical Center in Jerusalem. "The condition of the rabbi, who suffered from complex underlying health issues, deteriorated throughout the day and despite many resuscitation efforts, the doctors had to pronounce him dead," Shaare Zedek Hospital said in a press statement. 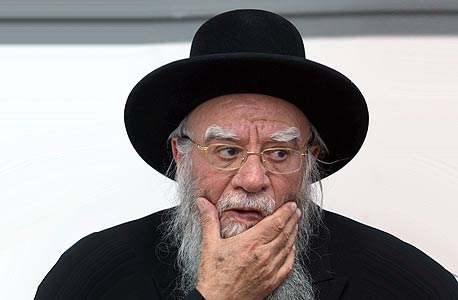 Former Sephardi Chief Rabbi of Israel Eliyahu Bakshi-Doron passed away on Sunday night in Jerusalem due to complications from coronavirus. Photo: Ata Awisat

Bakshi-Doron served as Israel's chief Sephardi rabbi, also known as Rishon LeZion, between the years 1993 and 2003. "Rabbi Bakshi-Doron was an important link in the chain of Torah scholarship of the Sages of Spain," Prime Minister Benjamin Netanyahu eulogized. "He served as a guide to all Israeli communities, in Israel and around the world."

As of next week, Israel will start to roll back some of the restrictions it put in place to slow the spread of the coronavirus, according to the plan to jumpstart the economy submitted by Israel’s Ministry of Finance to the National Security Council. One of the biggest sticking points of the plan is regarding the summer break in the country's education system. The plan submitted to the National Security Council didn't address the issue directly, but political wrangling on the matter has already begun, with Education Minister Rafi Peretz believed to be pushing for the entire month of August to remain a holiday rather than canceling the entire break as some in the finance ministry would like.

A Cal-Cargo airplane carrying about 60 tons of masks and medical equipment landed in Israel Monday morning. It is the first of five such aircraft set to land in Israel in the coming days, with more than 12 million surgical masks and other protective equipment for medical teams. The equipment was purchased by the Ministry of Defense through Sion Medical Ltd. from its factories in China.