Frank Stephenson, the man behind some of the world’s most iconic vehicles, believes future designs will be better oriented towards personal hygiene and safety

Frank Stephenson is the one of the most prominent automobile designers of our generation. His signature is etched—at times, literally—on the dashboards of supercars like the McLaren P1, the Ferrari F430, and the Maserati MC12, vehicles normally seen parked in the driveways of Persian Gulf princes. His latest project, however, has to do with a product you are unlikely to find in any of those beasts on wheels: a child’s car safety seat.

When I asked Stephenson whether he was surprised to be approached to design such an item, he burst out laughing. “Car designers are required to deliver the highest standard of design,” he said. “Car design is not just about the exterior shell, it is also about the seat, the door handle, the headlights, the gas pedal and lots of other small details,” he added. If you can design a speedometer, Stephenson said, there is nothing stopping you from designing a watch. The principles are the same in both cases, he explained, balancing between proportions and aesthetics, between form and function. “After you have honed these skills for 30 years, as I have, you can pretty much design anything.” 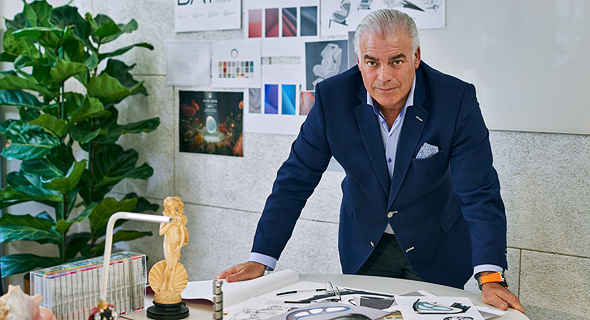 Frank Stephenson. Photo: Tom Mannion
Indeed, Stephenson has designed pretty much anything you can think of. He has filled a long list of senior design roles, working with some of the shiniest brands in the business: from Ford, BMW, Mini Cooper, Ferrari, Maserati, Fiat, and Alpha Romeo, to McLaren, one of the ultimate superbrands of the automotive industry. Three years ago, Stephenson left to start his own studio. McLaren is a very strong brand. Why did you leave the company? “Everyone strives to design luxurious and exclusive vehicles, but by 2017 I had been there for a decade already and had completed designs for each segment of the company—sports cars, supercars, and hypercars,” Stephenson said. For those less familiar with the lingo, hypercars are considered elite vehicles manufactured in extremely limited editions that cost hundreds of thousands, occasionally even millions, of dollars. These models are considered the haute couture of the car world and inspire the design of the lesser categories. Stephenson said he came to a point where he realised he did not want to keep doing the same thing. “A new model comes out every three years, it is a lot of fun, but it gets a bit repetitive, and I began thinking to myself how many lives am I impacting by working on these cars? Sure, people love them, but they do not really need them,” he said. “If I were younger, I would likely continue designing cars, it is fun and extravagant. But the truth is I have between five and 10 years before I’ll want to do nothing. I decided to invest that time working on projects that have a real impact.” The coronavirus outbreak is a chance for making a real impact. “These days of confusion and uncertainty provide the opportunity for radical innovation. It is an opportunity to ponder people’s future interactions with their daily surroundings and map out new design challenges, for example, by increasing personal hygiene and safety levels. The tragic circumstances will bring rise to a new age of design. I believe the world will emerge from the crisis more sophisticated, intelligent and caring than it went into it.”
Stephenson, 60, is the epitome of old school manliness in the style of Mad Men. He is a prim and proper gentleman, exuding just the right amount of confidence so that he does not seem boastful, while keeping a wild glimmer in his eye. He lives and works in London, the beating heart of the design world, but was born in Casablanca to a Spanish mother and an American father. He grew up in places like Istanbul and Madrid, went to school in the U.S. and is fluent in four languages: English, Spanish, Italian, and German. Stephenson was 10 years old when he first laid eyes on a Jaguar—he remembers the exact date—and experienced an epiphany, but his love affair with motor vehicles began at 17 when he bought his first motorcycle to pursue a career in motocross racing. In his rookie year on the racing circuit, he won the championship for his age group and was signed to a contract. After five years, he was one of the top 10 riders in the world. Then, his father told him to quit. His father told him that, in racing, if you are not the best in the world then you are not good enough and no one will remember you, he said. Stephenson obeyed. He began drawing cars in his free time and decided to enroll in the ArtCenter College of Design in Pasadena, one of the leading design schools in the U.S. During his studies, Stephenson’s competitive streak overtook him. While in his sophomore year, he got an offer from Ford to fund the rest of his studies in return for a commitment to come work for the company when he graduates. Stephenson agreed and in 1991 began working at Ford’s studio in Germany, where he learned a valuable lesson on the pecking order at car companies. “In every design process, it is dangerous when a designer becomes too arrogant and decisive,” Stephenson said when asked where he draws the line in the ongoing battle between designers and engineers. “Developing an industrial product requires a wide variety of experts in various fields, which inevitably requires compromise by all parties.” “Naturally, if an engineering solution critically hurts a product’s aesthetics, it is the designer’s obligation to either redesign the product to be more visually pleasing or dive into the engineering issue to try to find an alternative design solution. Once, while I was in the process of designing the rear spoiler of the Ford Escort Cosworth, the finance department told me to remove the middle fin to cut down on a small fraction of the manufacturing costs. It upset me because the car lost out both in terms of its performance and its unique design.” Stephenson moved over to BMW and in under three weeks created the prototype of the X5 model, which remains the foundation for the company’s off road vehicle line to this day. In 1999, Stephenson was chosen to redesign the company’s MINI Marque, which kept the same exact form ever since entering the market 40 years earlier and was about to die out due to new licensing demands at the turn of the century. He was given no design limitations and the brief he received was to create a new interpretation of the MINI designed for the 21st century. Stephenson said, however, that the car had such a unique character that it would be sacrilege to design something entirely different from the original. In order to rise to the challenge, Stephenson said he drew versions of the MINI as if it had evolved over the decades until he discovered a futuristic version that he liked. “The model I designed looked like the great-grandchild of the original vehicle—sharing the same characteristics, only stronger, faster and smarter. I wanted people to look at it and ask themselves where have they seen this before,” he said.

The new MINI was unveiled in October 2000 and earned widespread accolades, from those who owned the previous model to the younger generation of car lovers and casual drivers. “It is my favorite out of all the cars I have designed because it successfully combines nostalgia for the past with excitement for the future,” he said.

In 2002, Stephenson got a dream offer, to become the chief designer for Ferrari and Maserati. Stephenson knew that creative freedom was limited at Italian companies, since they tend to be more traditional design-wise, but could not turn down the offer. While at Ferrari, he co-designed, together with Italian design studio Pininfarina S.p.A., the F430, which has since become a classic with second-hand demand continuously climbing. 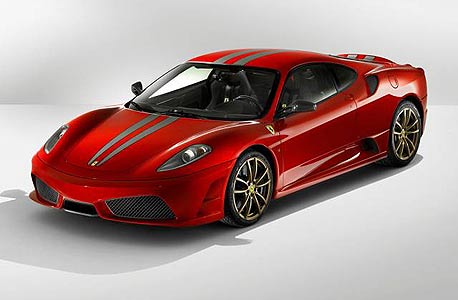 In 2006, Stephenson’s supervisor sent him, much to his surprise, to work at Fiat, which, back then, was facing collapse. Fiat-Chrysler’s legendary CEO Sergio Marchionne, then one of the most powerful executives in the international automotive industry, asked Stephenson to work his magic and design a car that would save the company within 10 months. Stephenson told him it was impossible but Marchionne, who was famous for his tendency to fire people who turned him down, told him simply that it was his job.

Stephenson’s solution was to retrofit the design of the old Fiat Panda as a modern take on the classic Fiat 500, manufactured between 1957 and1975. Stephenson’s retrofitted model was a resounding commercial success that still gets special editions made in collaboration with top fashion brands. “It is almost a pop icon,” Stephenson said. “It immediately became the car you had to be seen in while cruising cool cities. It is an old car, but its skin is ageless and wrinkle-free,” he said, adding that his wife, Linda, drives one. 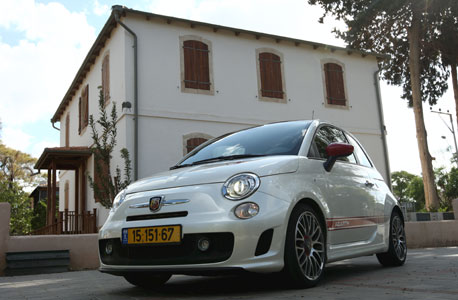