SaaS Companies Will Thrive Thanks to Covid-19, Says Tech Banker

In light of the coronavirus (Covid-19) crisis, software-as-a-service (SaaS) companies will thrive and the rest of the industry will adjust its offering to accommodate remote services, according to Yossi Vinitski, head of tech for Bank Hapoalim, one of Israel’s two largest banks. Vinitski spoke to Calcalist reporter Sophie Shulman Sunday at Conference Call, Calcalist’s online convention on tech in the coronavirus era.

Most partners in venture capital funds have been through the 2000 and 2008 financial crises, but, except for a few serial entrepreneurs, most startup founders have no experience with this type of situation, Vinitski said. Bank Hapoalim is invested in quite a few funds and according to Vinitzki, who spoke to managers at over 25 of them, funds are keeping a level head. “Most of them have approached portfolio companies early on in the crisis to figure out which companies are more vulnerable,” he said. “The next step is going company by company and establishing a strategy to pull through the crisis.” Vinitzki said these strategies will likely include more layoffs and paid and unpaid leaves, then have been seen so far. 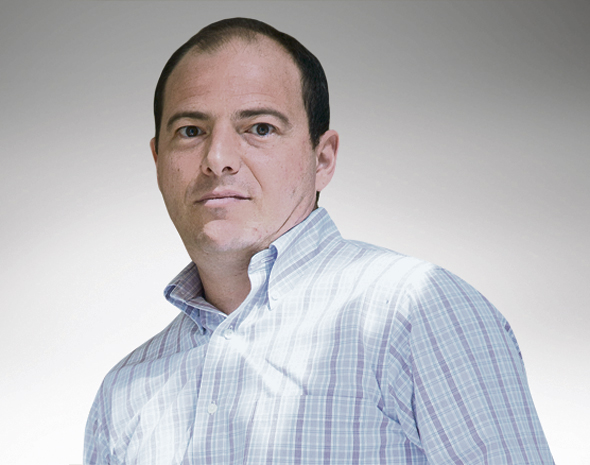 Each company will need its own strategy, Vinitzki said. Some would opt for company wide pay cuts, a “more humane” solution that lets a company keep the talent it worked so hard to acquire, he said. However, this is not always possible and some companies have whole departments or teams that are no longer required and need to be let go, he added.

Funds with extensive portfolios will have a harder time due to the crisis as they would have to put in more money to maintain their existing companies, and could make fewer new investments, Vinitzki said. “A fund that has just raised commitments and has accessible cash and not too many portfolio companies would enjoy less competition in finding long-term investment opportunities,” he added.

According to Vinitzki, there might be a decline in the number of startups being founded, which is not necessarily a bad thing. The crisis caught the Israeli tech industry at a peak, where there are a lot of funds and a lot of companies out there and it is possible that some of these companies should not exist, he said. On a positive note, he added, both the funds and a lot of the startups went into the crisis with a lot of money after closing new funds and funding rounds, so there is quite a lot of money to work with.

At times of crises, angel investors are the first ones to go, as they are coming from different fields and, to them, investment in tech is a hobby of sorts, Vinitzki said. Veteran corporate funds, on the other hand, are likely to stay for the long-haul while newer funds, especially of companies that are not tech-oriented, might decide to cut back on future investment, he added.

Israeli institutional investors may start taking a bigger piece of the tech pie, according to Vinitzki. “Institutional investors in Israel are in the midst of familiarizing themselves with the field and have selectively partnered with local funds on investments as they expand their knowledge and expertise.” The government should focus on helping medium-sized companies, employing 30-100 people, he said.

Vinitzki remains optimistic as to the Israeli tech ecosystem’s ability to survive the current crisis. “There is a huge industry in Israel and it is going to carry on but a lot of things are going to change in people’s lifestyles, for one thing, remote work will suddenly seem like an obvious valid option,” he said. Crises always give birth to new opportunities and Israeli entrepreneurs have been known to rise to the occasion, he added.
Buzz

Redis Labs: From hiring freeze to Unicorn status, all in a pandemic year

Partner and 8200 Impact are solving social problems through technology

If We Could Share What NSO Really Does, Media Discourse Would Change, Says Exec
Recommended videos