Major Tech Investor Says Covid-19 Crisis Unlike Any Other, But Offers Opportunities For Innovators

Robert Cohen, managing partner at Benson Oak, has been through his fair share of financial calamities and believes that once more that entrepreneurial spirit will prevail

Robert Cohen was there when the dot-com bubble burst in 2001. He was still around and investing when the global financial crisis crushed markets in 2009. With smaller, but nevertheless painful downturns also coming in between, it is fair to say he has certainly seen more than enough financial calamities during his two decades as a venture capitalist. But the coronavirus (Covid-19) crisis is different. "Not to overstate it, but it is like nothing we have ever seen," Cohen, managing partner at VC fund Benson Oak, told CTech in an interview on Wednesday. "It is not like 2001 and not like 2009. This is literally a  threat to humanity. We've never seen anything like this."

But it isn't all doom and gloom said Cohen, far from it. "I think our behavior will change in a way that we won't even notice. A year from now we are going to be sitting in restaurants with tables two meters apart from each other and it will just be the new norm. No one will even remember how it used to be before. Our kids will be like 'what is shaking hands' and it will just happen," explained Cohen. "I think that at a micro-level these things will just happen. In the macro, big picture level, new opportunities will emerge. There will be new things, things that will be done differently. But it is much different than what we saw in the 2001 crisis, which was basically just a bubble with too much money. The crisis in 2009 was also very focused around the real estate bubble. This is so different, we can't even describe it. In some ways it is scary but in some ways kind of exciting, as long as we get out of this without too many deaths or too much damage. But it could take a while. It is not going to happen overnight." 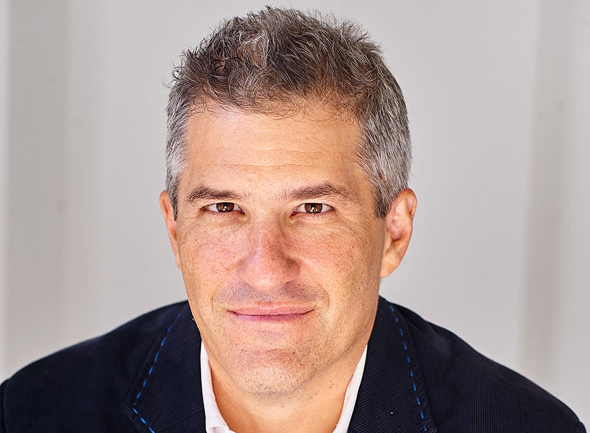 Robert Cohen. Photo: Aya Avi
Benson Oak, a European investment banking firm that has raised over $5 billion worldwide, announced back in July 2018 the establishment of Benson Oak Ventures (BOV), which currently includes seven companies in its portfolio. Benson Oak Ventures, which Cohen runs with his partner, Yoni Mindel, is a multi-stage venture capital fund focused on Consumer and SMBTech, with a specific area of interest in EdTech, FinTech & Crypto, and Entertainment & Leisure. Cohen said the current crisis didn't "really affect our planned

September 2019. "We are already in operational mode with our companies

and weren't actively looking for things when the pandemic began,

runway." Cohen admitted that a couple of investments that BOV was

thinking of making in companies involved in travel, sports, and events

are obviously no longer under consideration due to the situation.

"We have spent tremendous amounts of time with the portfolio because

there are different types of companies. Some have to buckle down a

little to extend runways, while a number of companies, especially in

our portfolio, have opportunities that actually come from this

situation," he noted. "The good thing is that startups are generally

the most nimble and the quickest to react."

Cohen highlighted two of BOV's companies, both in EdTech, TailorED,

and Spitball. TailorEd's platform is aimed to help teachers create

customized lesson plans and curriculum for students. According to

their website, the system groups students according to their needs,

strengths, and weaknesses and automatically builds out a study

curriculum with school and supplemental materials from around the web.

Cohen said it provides benefits both in remote learning and when

students do eventually return to classrooms. He made a similar case

for Spitball, which is a monetization platform for teachers, providing

notes, Q&A, and online tutoring through on-demand and subscription

models. "There are a lot of teachers who just want to run a business

to acquire students. In some way this is the equivalent of something

like Airbnb," said Cohen. "The pivot they made was to actually focus

on teachers, allowing them to run their business online. Not just

tutoring because that isn't scalable, but selling content. You can

only tutor so many times a day, but you can sell a million pieces of

content for a dollar. They've taken off in Israel. There are some

teachers that are earning as much as $4,000 a month on the platform."

Cohen spoke about BOV's 'conviction model', the idea of doubling down

and tripling down on investments. "At the core, it has always been

invest early and then continue to invest when we see opportunities.

Perhaps it is unusual, but I see in our portfolio companies like

brand and grow more. Another company we invested in which is in the

social dating space is a U.S. company called S'More. It is a

killing it as well. There are a lot of people at home looking for new

things. They just launched and they are benefitting from the

companies. "If you look at the list of companies created in 2009 it

includes WhatsApp, Airbnb, and Etsy. All of these companies were

everything was dead," he said. "Of course, you have to be careful. For

a lot of startups, funding isn't going to be as easy to come by. A lot

than invest in something new. But there is still a lot of money out

there. We are doing deals, we are looking at companies and talking to

in times like these, VCs are in the business of taking risks and going

big on the things they think are going to benefit society. “Especially

now it is rewarding to be part of companies helping society. This is a

human problem. Not an Israeli problem and not an American problem. It

is important to be part of companies that can potentially create

transformative things in the current environment. For me that is the

fun part of investing. It is not just about making money. When I look

at companies that are helping kids get educated that is what's

exciting. Of course, we are expected to make money and we will make

money for investors, but the best thing is to build transformative

is due to coronavirus. "For a lot of startups that want to disrupt and

create a new market, the pandemic has accelerated things by almost two

years," he explained. "In other cases, companies that have runway will

you are there when it ends."

Despite the many difficulties the pandemic has presented, having the

the future remains positive. "We are going to survive this as a

society. Why are humans where we are? Because over tens of thousands

of years we have evolved and we adapt very quickly. And we'll adapt to

this situation,” he said. “New companies will come, new markets willappear, new trends will happen and startups as always will be at the forefront of that. And probably Israeli startups will be there to figure which way the market is going and move very quickly."