Top Insights by the Israeli Tech Sector’s Eyes and Ears in the U.S.

Inon Elroy, Israel’s economic attaché to the East Coast, tells CTech the economic mission continues to look for business opportunities for Israeli companies even during the pandemic while assisting entrepreneurs in need

TAGS:
The role of an economic attaché is painstakingly complex even during the best of times. Balancing between the interests of all involved parties while meeting the goals of your mission is never a simple task. Achieving that during a once in a century pandemic is all the more complicated. But that is the responsibility Israeli attachés around the world are currently facing, each with a different set of challenges related to their place on the globe.

Inon Elroy heads the Israel Economic Mission to the East Coast which is based out of New York, the epicenter of the coronavirus (Covid-19) crisis in the U.S. Rather than hosting delegations of entrepreneurs from Israel looking to do business in the U.S. as was the norm not that long ago, he is now forced to settle for webinars that focus among other things on eligibility to funds from the different U.S. relief programs. 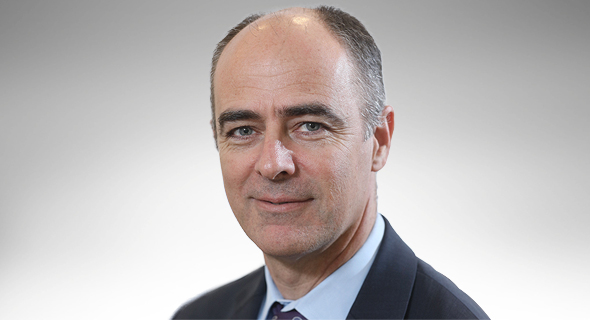 "Everyone here is still in a state of shock. In medical terms, I'd say that economically we are still in intensive care," Elroy told CTech earlier this week. "So on the one hand, there is an artificial growth in anything that has to do with business continuity. Anything that provides online solutions, healthcare, telemedicine, remote treatment, and so on. Anything that can help with continuity when it comes to the necessities needed to run cities and governments is in demand. On the other hand, anything to do with media, real estate, tourism, sporting events, air travel, transport, and so on, is experiencing a dramatic standstill or at the very least a significant decline."

Earlier this week, the Israel Economic Mission to the East Coast held in collaboration with SOSA NYC a webinar titled 'what every US-based Israeli entrepreneur should know these days.' "We are trying to help with all the uncertainty. We wanted to educate entrepreneurs regarding what they are entitled to and what aid they can receive from the American authorities," Elroy said.

Elroy believes there are still too many unanswered questions to try and predict what might happen in the coming months. What is clear, however, is that the U.S. government is not shy about throwing money at the problem. The U.S. House of Representatives passed a $484 billion coronavirus relief bill on Thursday, bringing the unprecedented total of funds approved for the crisis to nearly $3 trillion. Congress passed the previous coronavirus relief bill, worth more than $2 trillion, in March.

Elroy said he thinks President Donald Trump's stance on immigration could be of concern for some Israelis looking to do business in the U.S. "Something else that needs to be taken into account is the President's executive order to temporarily suspend the approval of some green cards for 60 days. According to his reasoning, the order is designed to protect American workers' jobs. But due to pressure from the business sector, it is likely that this policy will only affect immigrants seeking green cards and not temporary work visas. This adds to the atmosphere of uncertainty facing Israeli entrepreneurs in the U.S.," explained Elroy.

Unsurprisingly, Elroy said that Covid-19 has become a staple in presentations currently being made in the U.S. by Israeli companies. "People are trying to be relevant and show where they can contribute in the current situation," he noted.

The Ministry of Economy and Industry operates 44 economic missions globally. Despite the ever-changing reality and the many concerns coronavirus has brought to the fore, Elroy said that the Israel Economic Mission to the East Coast is still focused on achieving its core goals. "We continue to look for business opportunities for Israeli companies and are adjusting the way we work according to the circumstances," he said. "We used to have a delegation from Israel visit at least once every two weeks, but now we are doing webinars instead. I recently helped coordinate a call between a senior official in one of the U.S. states and the Ministry of Health in Israel as they wanted to hear about the different platforms being used in Israel and understand if it could be useful to them in any way. In many ways, we are the eyes and ears of companies that want to do business here. We have a network of connections that we nurture and we are doing all we can to help companies reach the right people with whom to do business."