MIT-trained physicist Yaneer Bar-Yam is an expert at predicting the unpredictable, and believes the only way to stop Covid-19 is with a strict five-week lockdown

TAGS:
The transformation of Yaneer Bar-Yam into one of the biggest stars of the coronavirus (Covid-19) pandemic in the U.S. is an extraordinary event. After all, the most sought after interviewees these days are epidemiologists and doctors, and Bar-Yam is an MIT-trained physicist, one of the creators of complexity science - a new innovative field of research that only a handful of brilliant minds operate in. Nevertheless, over the past few weeks, Bar-Yam has become a star on Twitter, with tens of thousands of followers and tweets that even President Donald Trump has shared. This all sounds like a pretty unpredictable development until you remember that Bar-Yam is actually an expert at exactly that - predicting the unpredictable. Bar-Yam (61), born in the U.S. to Israeli parents, is the founding president of the New England Complex Systems Institute, where his colleagues include Nassim Taleb, the author of the book 'The Black Swan'. Taleb developed the 'Black Swan Theory', a metaphor that describes unexpected events of large magnitude and consequence that are extremely hard to predict. Bar-Yam and Taleb collaborated on a position statement back in January named: ‘Systemic risk of pandemic via novel pathogens – Coronavirus: A note’ when the western world was watching the spread of Covid-19 in Asia from afar. Bar-Yam and Taleb claimed at the time that the coronavirus infection rate is a lot higher than the Chinese estimates and predicted that it would spread to the West. 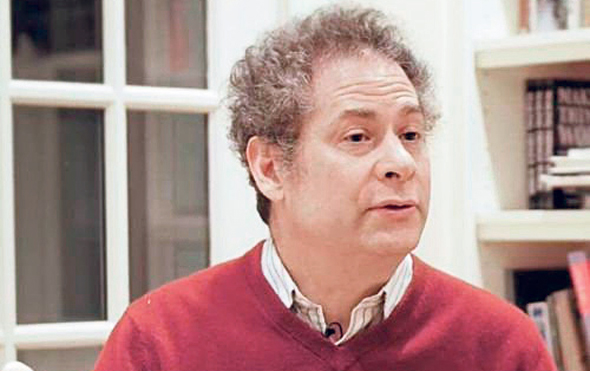 Yaneer Bar-Yam. Photo: Courtesy
This wasn't the first time that Bar-Yam used mathematical models to predict unexpected events. In 2010, he published a paper warning that food prices are above a threshold that ends up resulting in civil unrest. Not long after that, the Arab Spring erupted. In 2006, Bar-Yam published a paper in which he claimed that Ebola didn't spread outside Africa only due to the fact that it originated in distant and relatively isolated regions. He added that at some stage there will be a world pandemic that will spread with the help of air travel. "As the connectivity of the world increases, past experience is not a good guide to future events," Bar-Yam wrote in his 2016 Medium post titled: ‘Transition to extinction: Pandemics in a connected world’. "A key point about the phase transition to extinction is its suddenness. Even a system that seems stable can be destabilized by a few more long-range connections, and connectivity is continuing to increase." We are all learning now what it looks like when the system is destabilized. To try and simplify complexity science, we can use an explanation previously used by Bar-Yam. The human tendency of most researchers is to solve complex problems by trying to simplify them, often by breaking them up into several separate problems. That is the way it has been throughout 300 years of science to date. But now, with the progress in computing and access to information, a new approach has arisen which rejects simplification. For example, there is a connection between things that seem unconnected like the internet, cancer, bees, and the economy. Bar-Yam calls it ‘The Matrix’. Others use the term ‘The Butterfly Effect’. The movie starring Keanu Reeves presented the Matrix to the world as a collection of green numbers of data running on a screen. But while scientists are trying to find a correlation between the numbers, Bar-Yam is looking for repetitive behavioral patterns.

"A reliance between events that seem unconnected in different and distant locations is a classic problem in complexity science," Bar-Yam told Calcalist from his home in Cambridge. That is why he has been operating a website named EndCoronaVirus.org in which he and his staff are trying to combat coronavirus under the motto of "spread knowledge, not the virus." The scientists, which come from some of Boston's best universities - MIT, Harvard and Brandeis to name three, have published various recommendations, some meant for the general public like the correct way to wash your hands, and others targeting the decision-makers based on maps that paint the world in colors ranging from green to deep red depending on the number of new cases diagnosed every day.

In these maps, Israel is orange, which is far from great, despite the government's boasting. "If you compare Israel to Greece, which has a similar sized population, Greece acted earlier and therefore has many fewer cases and deaths," explained Bar-Yam. "It is all a question of acting early and emphatically. It isn't nuclear science." But acting early is in a way contrary to human nature. "It is very difficult for people to imagine a significant deviation from their routine," Bar-Yam said. "They tend to think that they are different or better than others and don't tend to act as long as the crisis isn't in their vicinity.” That is what the U.S. approach has looked like to date: first denial, then downplaying the importance, and only after that recognizing the threat and mobilizing. Even Bar-Yam was surprised by the initial indifference in the West. "Everyone saw what happened in China and yet still didn't take the necessary action." Bar-Yam claims on his website that the fastest and the only way to stop Covid-19 is a strict five-week lockdown. "The incubation period is two weeks, so we will only diagnose everyone who has been infected after two weeks. The next step is to identify infections in the same household. That is why we need to wait two more weeks. The fifth week is only necessary for areas where there is a high infection rate and the possibility of random infections from an unknown source." Bar-Yam believes that the exit strategy should be geographically-based and not activity-based as has been the case in Israel to date. He also thinks that the connection usually made between the health and economic situations is wrong. "There is no trade-off between health and economy, that is a mistaken dichotomy and a mistake people have been making since the start of the crisis when the outbreak could have been stopped relatively cheaply. The sooner you tend to an outbreak the sooner you will be able to heal the economy because the costs increase as the outbreak continues." Bar-Yam believes the key to slowing the spread is controlling travel. "Without travel, there wouldn't be pandemics. Therefore, the entire discussion regarding getting the economy back on track should start with travel restrictions," Bar-Yam said. "As soon as one region eradicates the virus it can resume air travel, but only if it is protected from the arrival of new cases. There will need to be a cautious and serious discussion regarding the role of tourism and its dangers after coronavirus. We will now need to take the risks of tourism very seriously and understand how to react when there are new outbreaks." Bar-Yam once tried to predict the outcome of a soccer match between Barcelona and Real Madrid. He ignored the quality of the players, the club budgets, the fans, and every other parameter. What he did do was divide the pitch into different sections and defined the sections near each goal as the most important. His assumption was that the team that will have more players in the important sections at the critical moments will win. He added it all up, bet on Barcelona, and was right. The manner in which coronavirus spreads, and more specifically the manner in which it affects the economy and relations between countries is a complex problem and Bar-Yam knew to highlight it at an early stage. However, unlike soccer, in this case it is far tougher for him to bet on the final outcome.