With Star Wars Day Just Around the Corner, Disney Tests the Limits of Intellectual Property

The owner of the well-beloved franchise recently claimed Tweets relating to it are subject to its own terms of service, appropriating users’ intellectual rights and igniting a wide discussion on the validity of often unread user agreements

With April finally over, many are looking forward to the next meaningful date in our global cultural calendar, May 4. This date, read as May the Fourth (be with you), has been celebrated by hordes of Star Wars fans worldwide for decades. In celebration of this momentous date, Disney, the current owner of the Star Wars franchise, will be releasing the finale of its Star Wars television series the Clone Wars, as well as making the ninth and, so far, the last installment in the Star Wars trilogy of trilogies available through its online streaming service Disney+.

Disney, however, has gotten into some hot water over its planned May the Fourth celebrations. In a tweet earlier this week, Disney claimed that when fans tweet seasonal greetings using the hashtag #MayThe4th, they agree to Disney’s terms and conditions, ostensibly allowing Disney to use those tweets for further marketing. 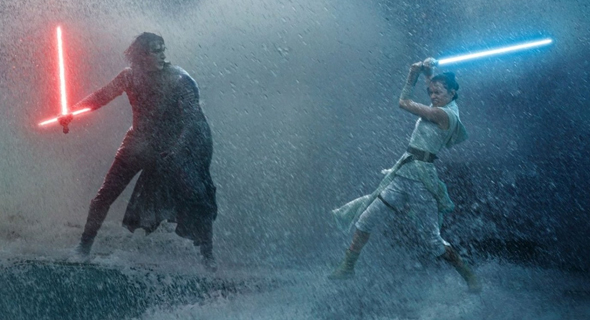 Although Disney tried to subsequently modify its initial statement, the damage was already done. This is not the first time Disney has aimed to impose its will on copyright law at the expense of the public. In the often contemptuously named Mickey Mouse Protection Act, also known as the Copyright Term Extension Act, late Senator Sonny Bono—formerly half of singing duo Sonny and Cher—harmonized U.S. law with European intellectual property law and extended the term of copyright protection to the life of the author plus 70 years or, for corporate works, 120 years after creation.  At the time, Disney lobbied heavily for these changes as under this new law, Mickey Mouse, who first appeared in 1928 in the now-iconic cartoon Steamboat Willie, would now remain protected by copyright until January 1, 2024.  Many found Disney’s efforts to be especially ironic given their own heavy reliance on public domain stories including Snow White, Sleeping Beauty, Robin Hood, and The Little Mermaid, to name a few.

Eventually, the law was also subject to an infamous 2003 Supreme Court review. In Eldred v. Ashcroft, in a seven to two decision written by the otherwise beloved, feared, and seemingly immortal Justice Ruth Bader Ginsburg, the law’s constitutionality was upheld as it fell within the literal meaning of “limited times” in the wording of the copyright clause of the U.S. Constitution: “to promote the progress of science and useful arts, by securing for limited times to authors and inventors the exclusive right to their respective writings and discoveries.”

According to the Congressional Record, however, Bono actually wanted to extend the protection of copyright indefinitely. Such an effort may not have passed constitutional muster.  More recently, the idea of eternal copyright was raised again, this time by the United Nations Educational, Scientific and Cultural Organization (UNESCO). Earlier this month, UNESCO suggested that in light of coronavirus (Covid-19) and its associated effect on the income of artists, copyright should be extended eternally as a way to guarantee financial support for them.

Of course, this madcap idea comes in direct contradiction to much of what UNESCO admittedly stands for, as shown in a subsequent tweet just days later that unironically called for the sharing of culture and creativity worldwide.

Even if Bono and UNESCO got their way and copyright lasted indefinitely, there would, at least, still be a fair use defense that would allow the use of copyrighted works under specific conditions, especially in preventing clear abuses of copyright ownership at the expense of public knowledge. Such fair use will also protect a new weird, wacky, and wild corner of YouTube where audio deep fakes of Jay-Z’s and other celebrities’ voices are currently reading and singing a plethora of random stuff for viewers’ enjoyment and edification.

A fair use defense would likely have even helped another notorious individual, Joe Exotic, recently immortalized in Netflix’s documentary hit series Tiger King, in defending against his arch-nemesis Carol Baskin’s copyright claims concerning his use of an image of Baskin’s employees holding up dead rabbits before feeding them to their tigers on his social media feeds. Instead Joe Exotic and Baskin settled out of court.

Disney’s #Maythefourth tweet also raises fears of abuse of a related area of the law regarding the terms of service (ToS) that we all nonchalantly click on. Earlier this week, the U.S. Supreme Court agreed to decide the scope of the Computer Fraud and Abuse Act (CFAA). Discussed in lengthin a previous column, the CFAA has been causing havoc due to its seemingly expansive nature, which could potentially make the terms and conditions associated with Disney’s tweet legally binding, and their breach, criminal.

In an earlier 2018 CFAA case, Sandvig v. Sessions, U.S. District Court Judge John Bates noted that terms of service are problematic in that they can be discriminatory, for example, in disallowing bots access to sites. The court found fault in this potential discrimination, even quoting directly from Star Wars depicting how problematic this discrimination is: “we don’t serve their kind here. Your droids. They’ll have to wait outside.”

Disney’s Star Wars universe is famously inhabited by many such artificially intelligent droids including C-3PO, R2-D2, and BB-8. In another intellectual property related move this week, the U.S. Patent and Trademark Office ruled that patents claimed to have been invented by a “Mr. Dabus” are not patentable, owing to the fact that said inventor, is an AI, not a human being, thus not legally capable of being an author.

If you follow the accepted order of watching the Star Wars franchise, you first meet these AI droids as they escape Darth Vader and end up on a moisture farm on desert planet Tatooine.

In the Star Wars universe, it is clearly acceptable to extract resources from celestial bodies, like Tatooine and now, it will be legal to do so in our universe as well.

U.S. President Donald Trump just issued an executive order, earlier this month, giving companies the right to recover and use, in other words, mine, the moon and other celestial resources. The executive order was especially groundbreaking—no pun intended—in that it made clear that the 1979 Moon Agreement, to which the U.S. is not a signatory, is not to be considered customary law to limit commercial efforts to extract mineral resources from the moon and other celestial bodies.

Once we get around to mining outer space, we will likely continue to celebrate Star Wars day there too as well. It is not like we do not already have precedents: in 2015, Star Wars day was first publicly celebrated in space on the International Space Station.