Among the companies whose holdings were sold to StepStone are Fiverr, JFrog, AppsFlyer, Riskified, and Minute Media

TAGS:
Israeli growth capital fund Qumra Capital has sold $80 million worth of holdings in its portfolio companies in a general parnter-led secondary transaction to the Californi-based equity firm StepStone Group, according to a blog post published by Qumra Managing Partner Erez Shachar. The money will be paid to the investors of Qumra’s original fund as an initial exit of sorts. 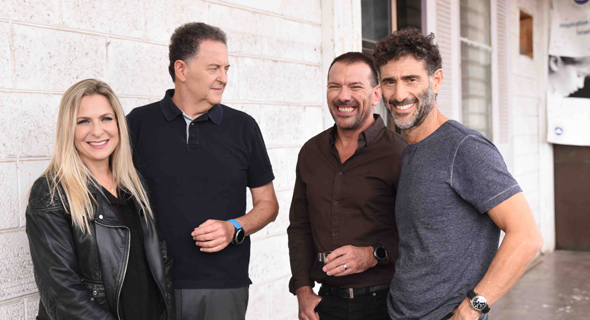 Qumra Capital Partners (Left to right) Sivan Shamri Dahan, Daniel Slutzky Erez Shachar, Boaz Dinte. Photo: PR
“We have set up a dedicated continuation fund for StepStone’s holdings, managed in parallel to the original Qumra I fund,” wrote Shachar. “This transaction leaves our relationship with our underlying portfolio companies unchanged as we will manage the new fund on behalf of StepStone, continuing to support our portfolio companies as they continue to successfully scale.” Among the companies whose holdings were sold to StepStone are Fiverr, JFrog, AppsFlyer, Riskified, and Minute Media. Apart from Fiverr that went public nearly a year ago, all the other companies are privately owned with Qumra as their leading investor. In his statement on the firm’s website, Shachar wrote that the goal of the sale was to create liquidity, and that they had chosen to sell to StepStone after a “competitive process with several leading investment firms.”

Qumra raised its first late-stage venture fund, managing $100 million, in 2013. “Israel, at the time, was considered a hotbed for innovation and early-stage investments, but not for growth-stage investments,” Shachar wrote in his post.

Shachar wrote that the deal with StepStone was completed remotely in light of the Covid-19 limitations, with everyone working from home.