Covid-19 may have made Brazil miss a Beat, but Israeli Tech Firms can still join the Party

“Things have their own rhythm here, which unlike Israel, isn't a fast rhythm," says Israel’s Sao Paulo trade attaché

The coronavirus (Covid-19) pandemic has seemingly spared very few countries. But not everyone has been hit equally hard. In fact, few countries are suffering more than Brazil, which is already counting more than 16,000 deaths and 240,000 confirmed cases of the virus, passing Spain and Italy over the weekend to make it the world’s fourth-largest outbreak.

The economic blow will arguably be just as painful, with the country's GDP now expected to shrink by over 5%, an especially agonizing reality for an economy recovering from a recent recession. Brazil saw its economy shrink by over 3% in both 2015 and 2016 and grow by just over 1% in each of the subsequent three years. This was supposed to be the year in which the Brazilian economy finally got back on track according to Itzhak Reich, Head of Israel’s Economic and Trade Mission to Sao Paulo, but instead, it is in a state of emergency, with the repercussions affecting much of the world, including Israel. 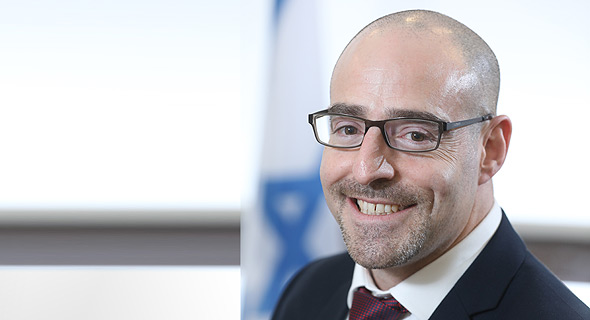 "The effect of Covid-19 on the Brazilian economy is dramatic," Reich told CTech last week. "The timing of the outbreak is very problematic for Brazil. Brazil exited a recession not that long ago and everyone expected 2020 to be the year in which the economy would grow significantly and that the reforms implemented by the new government would begin to bear fruit. Brazil’s economy usually wakes up after the Carnaval, which took place at the end of February this year, but just as the business sector was preparing to move into high gear, the coronavirus arrived. The lockdown is affecting every business, big and small. Unemployment has increased significantly and there has been a significant devaluation in the currency which hurts consumption and Brazil's ability to purchase."

Brazil is one of Israel's largest trade partners, with annual commerce estimated at $1.5 billion. Such was the promise of the cooperation between the countries that Israel opened a second Economic and Trade Mission in Rio six years ago, one of 44 economic missions operated globally by the Ministry of Economy and Industry.

But Covid-19 has changed everything, making the prospect of doing business in Brazil even more challenging than usual for Israeli companies. "The stock exchange erased all its growth since the end of the recession and the financial predictions are only looking worse with every week," Reich said. "You can see that there is an effort to flatten the curve, but the numbers are still increasing. Brazil hasn't yet reached the stage in which it can see the end and prepare for the day after the pandemic.

"Generally speaking, Brazil isn't an easy place for Israeli companies to do business," Reich added. "It is far away from a geographic standpoint and there is also the time difference and the language barrier. There are also cultural elements that are different and are also affected by Covid-19. The Brazilians really like to make physical contact on an interpersonal level and being present physically is also something that is very important from a business standpoint. Right now that is impossible and it makes it very difficult to do business."

Reich said there is a lot of pressure on the Brazilian economy and companies are postponing all non-urgent transactions. But it isn't all doom and gloom according to Reich. "There are also a lot of opportunities opening up as a result of the situation," he noted. "For example, Israeli companies that have solutions for the telecommunication problems created by increased online traffic are in demand. Anything related to healthcare and cybersecurity has also received a boost. The Israeli brand is very strong here. When we come to meetings we don't need to convince the Brazilian side why the Israeli technology is good. They are entering the meeting under the assumption that the Israeli technology is amazing. The gaps that exist are related to the difference in the way both parties do business, which is something that isn't easy in Brazil. I don't think it is easy to do business in any country, but in Brazil there is also a complex regulatory and tax framework. It is also difficult to move money as it is a country with a long history of corruption so there are many mechanisms put in place to try and prevent that, but they also make it more difficult to transfer money. I often tell companies that if you are coming to Brazil you need to come with a strategy. It is very easy to see the potential here, but you can also get burned very quickly. Things have their own rhythm here, which unlike Israel, isn't a fast rhythm."

Reich has been involved in many initiatives to help promote trade between the countries. One of the main ones that was a great success last year, saw the Israeli government's tech investment arm, the Israel Innovation Authority, join forces with the Brazilian Agency for Industrial Research and Innovation (EMBRAPII). They announced last October the approval of four joint research and development projects between Brazilian and Israeli companies and research centers. Together, the selected projects will receive a total investment of $7.5 million.

The four projects included a partnership between Israeli crop substrate startup Pelemix Ltd. and Brasil Ambiental for the development of a substrate that will increase agricultural yield in Brazil; a collaboration between Tel Aviv-listed Brenmiller Energy Ltd. and Brazilian Fortlev Energia Solar Ltd. in the field of thermal energy; a collaboration between Israel-based Metrycom Communications Ltd. and Energisa Soluções S.A to implement a low-cost, wireless smart grid sensor network to monitor large rural power distribution grids; and a partnership between Israel-based GreenRoad Driving Technologies Ltd. and Energisa Soluções S.A in the field of driving and fleet efficiency analytics.

Another program that Reich initiated, named ScaleUp inBrazil, was set up to provide companies with the methods and tools they need to validate their product, secure customers and start operating in Brazil. Some 49 companies applied for the program in 2019, which was held in collaboration with The Brazilian Private Equity and Venture Capital Association (ABVCAP) and The Brazilian Trade and Investment Promotion Agency (ApexBrasil), with five ultimately being accelerated.

"I quickly understood that regardless of the sector from which the Israeli company came, the difficulties experienced are similar and mainly have to do with the business culture and how things are done here," Reich explained.

There was a plan to continue the program in a similar format in 2020, but instead, it will initially only be held online, with the hope that air travel will resume later in the year and delegations will be able to visit Brazil once more.

In the meantime, Reich and his staff are busy trying to create opportunities for Israeli companies, as difficult as the circumstances may be. "There is an even greater significance to the trade missions these days because we remain physically present in our countries and we have a vast network of contacts that we continue to nurture," Reich said. "It isn't only our ability to make the warm intro between the Israeli and Brazilian companies, but also the work we do in advance to make sure that this connection is actually relevant and that we aren't wasting anyone's time. Our contacts trust us because they know we do our homework and that if we are introducing them to someone there must be a good reason for it. We remain in touch with the companies here to understand their new priorities and what they currently require and we relay that back to Israel. We explain to the Israeli companies the potential and the difficulties. Brazil is facing a very complex economic situation, but there are nevertheless still many opportunities here."