TAGS:
It was a tragedy that hit close to heart that put Ido Levy on his current path. After the mother of a good friend was crushed to death by a truck operated by a driver distracted by his cellphone, Levy felt the urge to do whatever he can to prevent similar accidents in the future. Levy was an officer at the IDF's Counter-Terrorism school at the time, but after seven years of army service, he shifted course, setting up SafeMode, incorporated as Rehapp Ltd., with the goal of changing the behavior of drivers, particularly those behind the wheel of large vehicles for long hours like truck and bus drivers.

SafeMode's behavior-based software provides actionable insights into fleet and driver behavior by accessing driving data, coaching features and monetary incentive programs to follow safety and efficiency improvements. The platform has already been successfully implemented in several truck and bus fleets in Israel, achieving a reduction in incidents and road accidents and savings in fuel consumption, as well as an increase in user satisfaction and retention. 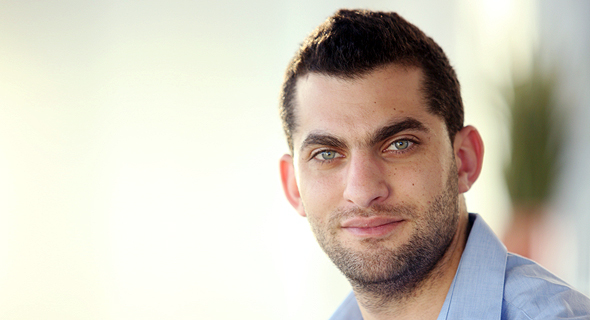 Earlier this month, SafeMode, which was founded in 2017, received a $100,000 grant to pilot its platform in the U.S. state of Michigan. SafeMode was one of four companies picked by PlanetM, the mobility initiative of the Michigan Economic Development Corporation (MEDC). Together with the Volvo Group and Transdev, SafeMode will pilot its driver-centric platform in Lansing, Mich. SafeMode was connected to Michigan’s mobility ecosystem through the Michigan Israel Business Accelerator (MIBA).

"We put the focus on the driver. There are many companies out there that track drivers with sensors or provide fleet management software and know everything that is happening in the vehicle. But it is very difficult to take that info and convert it into action and a behavioral change. That is what is missing in the market right now," Ido Levy told CTech last week. "There is plenty of information and diagnostics, and vehicles are better maintained than ever, but the driver isn't part of this process. We developed an engagement platform that connects the drivers to the process and makes them want to drive in a safer and more efficient manner because they will also benefit from it. We built a monetary incentive program that gives the drivers bonuses based on their performance. The less you use your phone, the less the engine is running, the bigger distance you keep on the road - the bigger the bonus you will receive. Our goal is to ultimately create a driver-centric platform that drivers will love."

Levy explained that SafeMode doesn't aim to replace current mobility data systems, but rather to complement them. "Systems like Mobileye and Ituran do a great job at collecting data, but they don't know how to take that data and convert it into a behavioral change. We have managed to prove that we can reduce safety incidents by 30% and cut 5% of the fuel consumption, which with these types of fleets adds up to millions and sometimes tens of millions of dollars," Levy noted. "In addition, we have also raised the retention rate to above 30%. That is one of the biggest problems in the industry. There is currently a shortage of thousands of professional drivers in Israel and tens of thousands in the U.S. and hundreds of thousands across the world. The fleets need to replace drivers on a daily basis, with over 80% leaving within less than a year. Our ability to keep the drivers happy and create this engagement is very significant to the market."

SafeMode's software is cloud-based, with the platform collecting information from existing sources already installed on the vehicle and adding many additional details like weather, traffic, shift schedule, and load. According to Levy, this allows SafeMode to fairly score the drivers' performance, something he says is currently severely lacking in the industry.

"One of the most important things we do is create a fair scoring system. If the user doesn't believe their score is credible it isn't possible to create a behavioral change. At the moment, drivers don't believe their score because it isn't fair. The current systems don't know how to calculate context and don't differentiate for example between a truck driver who is doing a 12-hour shift in Tel Aviv and a van driver in a Michigan suburb," Levy explained. "So we created a layer of AI which also takes things like weather, traffic, shifts and load into account to ensure a credible score.

"Currently the sides don’t have any joint interests. If drivers are paid by kilometer they want to drive as many kilometers as possible and if they are paid by delivery they want as many deliveries as possible. Their manager may want something else though and the government also has its own goals," Levy added. "We create joint interests with our second layer of AI in which we measure where each driver stands in the process. We aren't going to give incentives for bad driving, but we can give incentives to a driver for improving. We also personalize the incentive, with some drivers preferring, for example, a NIS 20 bonus per day while others preferring a 10% chance of winning NIS 200."

SafeMode currently has 12 employees, including Erez Shmueli, a senior lecturer at Tel Aviv University serving as the Chief Scientist, Marcelo Gilman (CTO) and Itche Levy (COO). The company recently received a $800,000 grant from the Israel Innovation Authority, allowing the company to hire five new employees in recent weeks despite the uncertainty created by the coronavirus (Covid-19) pandemic.

"No one wanted the outbreak to happen, but we actually managed to strengthen our team with significant key players. We are continuing to raise money and I believe that we will complete our seed round in the coming months," said Levy, with SafeMode also recently adding a digital wallet to its platform in which the drivers can directly receive their bonuses as part of its efforts to create an all-inclusive platform.