According to Tomer Barel, a Facebook vice president, co-creator of Libra and Chief Operating Officer at Novi, the company's coders in Tel Aviv are continuing to work on developing the main components of the wallet

Facebook’s much anticipated digital currency project showed a sign of life on Tuesday, announcing its rebranding. The project, led by the company’s Tel Aviv team of programmers, announced it was changing the name of its digital wallet from Calibra to Novi.

Though there has been no update on the launch date, according to Tomer Barel, a Facebook vice president, co-creator of Libra and Chief Operating Officer at Novi, the company's coders in Tel Aviv are continuing to work on developing the main components of the wallet, including protecting the security of the users, with plans in place to further expand the team. 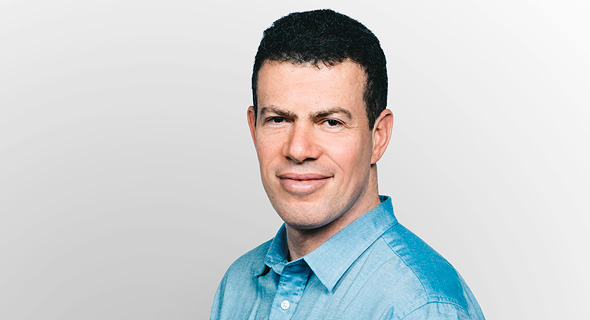 "Today, more than ever, it is important that financial systems are durable, fast, open to all, and are upgradable," Barel said in a Hebrew press release. "Our team in Tel Aviv is working diligently on developing the main components in the Novi wallet, including technology that will support our commitment to protect users. We are proud to expand our team here and to be part of the thriving technology community in Israel."

Novi remains a Facebook subsidiary, with the wallet originally set to be launched and integrated in WhatsApp and Messenger later this year. The social media behemoth continues to push forward with the controversial project despite the many regulatory hurdles it has faced since first announcing it last year.

According to a Facebook source who spoke to Calcalist under the condition of anonymity, the confusion between the Libra Association, a not-for-profit that oversees Libra, and Calibra, Facebook's digital wallet, was the main reason behind the renaming.

"When we announced Libra and Calibra last June we wanted to show that Calibra was connected to Libra," the source said. "Both of these brands were born out of the same vision. But we understood with time that Calibra and Libra sound too similar and people were getting confused. We think that with the new name it will be easier to address the wrong conceptions that we are the only wallet that works with Libra when we are actually hoping that Novi will be one of many wallets."

"After announcing Libra last summer, it became clear that there was more confusion than we wanted," tweeted David Marcus, head of Novi. "Novi comes from the combination of two Latin words, novus = new, and via = way. Novi will offer a new way to send, receive, and secure Libra currencies. Since Novi is designed for the Libra network, there’s a nod to Libra in our logo. We can’t wait to start rolling out the Novi wallet as soon as Libra mainnet goes live."

The Libra Association recently updated its white paper, shifting away from its initial plan of building a global stablecoin tied to a basket of fiat currencies and securities. Instead, Libra will now essentially include several stablecoins, each backed by a single fiat currency, like a U.S. dollar or euro.