‘Tomer’ is meant to act as a center of national expertise in the field of rocket propulsion, including the tech behind the Arrow missile and Shavit launcher

On paper, it sounds just like another startup. A young company developing advanced technology, being managed with great secrecy. In fact, "Tomer" is a company owned by the government of Israel that is meant to act as a center of national expertise in the field of rocket propulsion.

Tomer was set up in advance of the privatization of state-owned Israeli arms manufacturer IMI Systems Ltd. (Israeli Military Industries). The Ministry of Defense feared that the company could be sold to foreign owners together with classified technologies so it set up a new state-owned company, that wouldn't be part of the privatization, to safeguard them. Ultimately, it was Israeli defense contractor Elbit Systems Ltd. that acquired IMI back in November 2018, paying what was at the time approximately $495 million (NIS 1.8 billion), while also agreeing to make an additional payment of about

$27 million (NIS 100 million) contingent upon IMI meeting certain agreed-upon goals. Despite Elbit being a major contractor for the defense ministry, the decision to set up Tomer stood.

An Ofek satellite being launched into space by a Shavit launcher. Photo: Israel Aerospace Industries

According to information seen by Calcalist, Tomer ended 2019, its first full year as an independent company, with sales of NIS 330 million (approximately $94 million), mainly to the local conglomerates Israel Aerospace Industries Ltd. (IAI), Rafael Advanced Defense Systems Ltd. and Elbit. It completed the year with a NIS 10 million ($2.85 million) profit and has standing orders reaching the sum of NIS 750 million ($214 million).

Tomer employs 540 people, many of them engineers in the fields of physics and chemistry. The company manufactures the long-range Arrow missile, Elbit's artillery and aerial rockets, and the first and second stage engines of Shavit, Israel's satellite launcher which places the IDF's spy satellites in space. According to foreign sources, the Shavit launcher is based on the Jericho ballistic missiles that can reportedly carry nuclear warheads.

The decision to set up Tomer as a new state-owned company rather than a subdivision in the ministry of defense was based on the reasoning that the rocket launchers can also be sold to private clients and not just be used for projects of the Israeli defense system. To date, the company is still not selling directly to clients abroad, but for example in an instance when Elbit sells rockets to a foreign country, the engines of those rockets are produced by Tomer.

Tomer is currently in talks with several companies in Japan and the U.S., negotiating the direct sale of its rocket engines for foreign projects. The entry into the Japanese market is the result of a memorandum of understanding signed last year between the defense ministries of Israel and Japan which opened the usually closed Japanese market to Israeli companies. 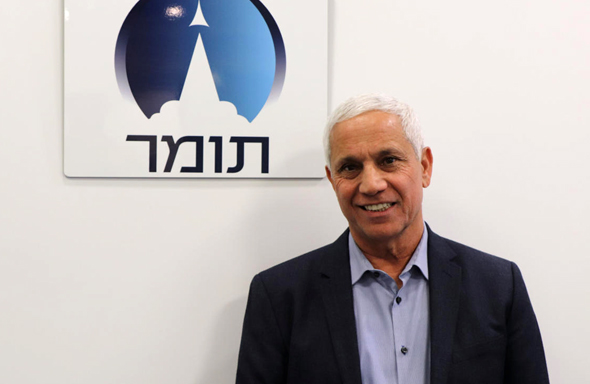 In the meantime, Tomer is working to improve the veteran Shavit satellite launcher that would allow it to carry heavier loads into space. The Shavit rocket is currently known to carry the Ofek satellites, that weigh around 350 kilograms. The ability to send heavier objects into space would allow the construction and launching of improved satellites containing cameras with higher resolution and a better quality radar.

The company is also considering entering the field of hypersonic speeds, developing a propulsion system that can operate both in and out of the atmosphere and sustain speeds that greatly exceed the speed of sound, Mach 5 and above. Modern defense systems currently struggle to contend with the threat of hypersonic missiles. Russia has already unveiled such a system and the U.S. is believed to be working on one.

"We achieved all our work plans in our first year," said Tomer CEO, Mordechai Ben-Ami. "Even during the times of the coronavirus (Covid-19) the company reorganized in a very short timeframe to work in shifts while maintaining social distancing and all the regulations."

The ministry of defense has approved a $290 million budget for Tomer to refurbish its manufacturing and development equipment.