OptimalPlus develops AI tools for the automotive, semiconductor, and electronics industries that provide real-time product analytics and extract insights from data across the entire supply chain 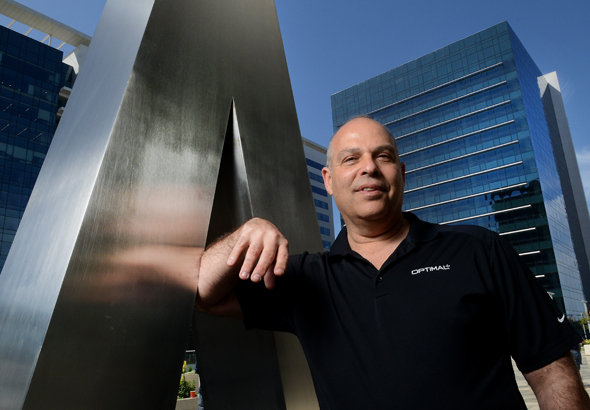 Optimal Plus co-founder and CEO Danny Glotter. Photo: Optimal Plus
The company employs some 240 people, most of them in Israel, and has raised $79.5 million to date from investors including Pitango Venture Capital, Viola Group, Aviv Venture Capital, Evergreen Venture Partners, KKR (Kohlberg Kravis Roberts & Co.), and KLA-Tencor Corp. founder and chairman Ken Levy. In 2019, OptimalPlus’ revenue amounted to $51 million, according to NI’s statement. NI is currently traded on Nasdaq at a market capitalization of $5.1 billion and employs some 7,300 people worldwide. OptimalPlus’ co-founder and CEO Danny Glotter will step down following the completion of the deal, expected to take place at the beginning of the third quarter of 2020. OptimalPlus will become NI’s development center in Israel and no employees will be let go, Glotter told Calcalist. “Following the completion of the deal,” Glotter said, “I will be moving on, which was one of the most significant terms for me.” According to Glotter, OptimalPlus’ valuation for its most recent funding round was $200 million post-money. The acquisition deal was signed in Zoom meetings during the coronavirus (Covid-19) crisis, he said. “It is possible that if not for Covid-19 we could have gotten a higher valuation,” he added, stating he preferred to use the crisis to turn a new page. “In 2019, we had several interested buyers, but then Covid-19 came and it became a question of whether we were looking for several birds in the bush or one in the hand,” he said. According to Glotter, the company preferred NI even though it was not the most lucrative deal on the table because it was a better deal for OptimalPlus’ employees. Due to the coronavirus crisis, it was not just about making an exit, Glotter said. OptimalPlus managed to keep its entire staff, from programmers to cleaners, without having to put anyone on unpaid leave, he said. “Preserving our workforce was very important to us and the employees appreciate it,” he explained. NI was the only company that wanted to maintain a significant development center in Israel, he added. “The addition of OptimalPlus’ data analytics capabilities will enable us to accelerate our growth strategy by increasing enterprise-level value for shared customers in the semiconductor and automotive industries,” NI President and CEO Eric Starkloff said in a statement. “During this age of digital transformation,” he said, “we remain committed to delivering innovative software and systems that leverage a robust data platform to address our customers’ business challenges.”

In an interview with Calcalist, KKR executives Lucian Schoenefelder and Stephen Shanley said Israel was a major focus for the global investment firm. “We're happy that we could contribute along the journey and were able to help Danny with our network in the semiconductor space. We worked really well with our Israeli partners Pitango and Viola. OptimalPlus was the very first investment in the first Next-Generation Technology Fund of $700m, and in terms of being the first investment, and also being the first full exit, is quite an important milestone for KKR and it’s an important deal for us.”

“OptimalPlus was one of the pioneers that implemented AI, machine learning, and big data analytics in its algorithms over a decade ago,” Aaron Mankovski, managing general partner at Pitango said in a statement. “These capabilities made the company a category leader in the semiconductors and electronics industries,” he said. “With this competitive advantage, OptimalPlus appeared on NI’s radar and the two have developed a close relationship over time, that allowed both companies to realize the long term value of a merged entity.“