Harnessing Israeli tech to succeed on the sports field

Dariusz Mioduski, owner of Polish football club Legia Warsaw, is counting on Israeli tech to take his team to the next level

TAGS:
Dariusz Mioduski, 56, moved with his parents to the U.S. at the age of 17. His father was an engineer and manager at an energy company in Gdansk, Poland, and had no place in the crumbling Polish economy of the 1980s. "We were like any other family of immigrants, we arrived in the U.S. with $100 in our pocket and that was it," Mioduski told Calcalist. Dariusz went to high school, but barely understood the language and after school he'd work with his father in the jobs he could find, in gardening and construction. He was doing all that illegally as he didn't have a work permit. Dariusz’s first legal job was at McDonald's. "I didn't speak the language so I needed to stay another year in high school. We started off like any other family of immigrants. We had little money in our pockets and I had to work to help the family," he explains. Mouduski says he learned a lot from those days serving burgers at McDonald's and gardening at the homes of the rich in Houston. "It taught me about hard work, understanding others, and the importance of knowledge and international connections," he said. 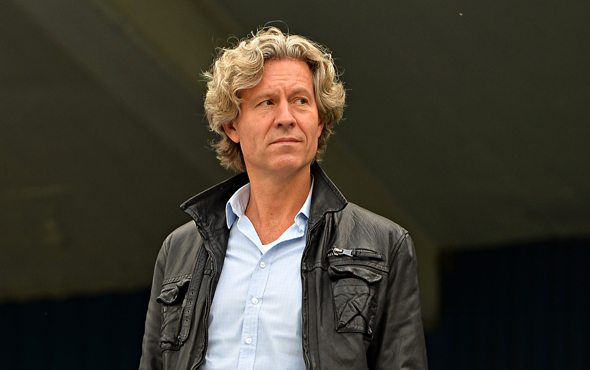 Mouduski completed his first degree in political science and philosophy at the University of St. Thomas in Houston and also became the university’s first graduate to be accepted to law school at Harvard. He went on to work as an attorney in law offices in Houston and New York before returning to Warsaw to work as a senior manager after the fall of communism.

From 2007 he worked mostly in managing investments for Polish energy companies and started his own ventures. His work was characterized by a strategic multi-layered approach. He created enough capital (around $500 million) to join the management of his favorite football team, Legia Warsaw, one of Poland’s most successful clubs, and a few months later he bought it.

Now he is counting on a relationship with Israeli hi-tech as part of his strategy for the future of the team.

Mouduski decided to contact Welltech1, which connects Israeli technologies in the wellness sector with global partners. Legia and Welltech1 collaborated during the coronavirus (Covid-19) pandemic to create a competition for startups in the wellness space with an investment of $200,000 being offered as a prize.

"This is a critical time for a venture like this," said Welltech1 CEO and founder Amir Alroy. "The pandemic hurt investments in startups, but it also increased the importance of wellness healthcare. We saw a jump of tens of percent in these ventures." 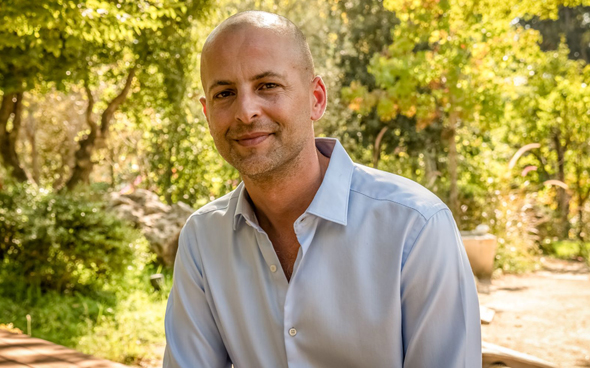 Mioduski believes the relationship with Welltech1 is of strategic importance for Legia. "We are in a limited soccer market. It doesn't matter how much we develop or invest, we can't compete against Barcelona, Real Madrid or the English Premier League teams. We simply aren't in the same league from a financial standpoint.

"We need to think differently and that is only done through innovation and finding a different approach than anyone else. We need to invest in player development and in the academy and training complex. We spent 25 million euros on a complex, but more importantly, we need to think how we can be pioneers. What are the new ideas that will give us an advantage over not only our local rivals but our European ones as well."

Dariusz provided an example. "Say we have a young striker and we are analyzing his physical and technical abilities so that we can know what he's worth compared to other strikers whom we have information on. And if we continue to analyze it holistically we might find out that if he sleeps six more hours a week he creates three more scoring opportunities per match. We also check his ability to cope with pressure and the connection between his nutrition and speed. We can create a far more complete player who is worth more to the team and more on the transfer market. And if we have all this information we can also use it to sell him to other clubs. The commercialism of technology is something that we can have and others won't. Using a big database that shows us what works and what doesn't work could give us a big advantage."

"There are many industries that are connected to health, but also connected directly to football," added Alroy. "For example, there is already a startup that is working on developing a training program that also includes cognitive training."

That technology belongs to a company called I-brain.

Dariusz understands that the football world tends to be conservative, but believes that can change. "The technologies are groundbreaking and we can see the collaboration between Israel and Poland in this industry. There is potential here to increase the cooperation to produce something groundbreaking. And yet, I understand that it is very difficult to change the culture of football. Football is very conservative, but in nearly every industry you need to face those who are resistant to change. We started by making a change within our club and we are trying to change and improve all the time, which isn't easy to do. We had to bring people from outside the football world and that is always problematic because to work in football you must have feelings for the game. But approach and culture can slowly be changed."

What is the vision for Legia? "We want to play regularly in European competitions. I understand that we aren't going to be Real Madrid or Barcelona, but from a financial standpoint, we can be like Benfica, Anderlecht or Ajax. And we will do that once we become a platform for experiments for research in such sectors like wellness. We will be able to present Europe and the sports industry with many developments."