The lax oversight by the Teva Pharmaceutical Industries Ltd. board of directors is once more coming under scrutiny. New documents that were filed to the Lod District Court over the weekend as part of a lawsuit being brought against Teva by Israeli shareholders in relation to its 2016 acquisition of Mexican drugmaker Rimsa, reveal a disconcerting approval process for such a significant deal. Teva acquired Mexico City-based Rimsa, or Representaciones e Investigaciones Medicas SA, in March 2016, agreeing to pay $2.3 billion, a sum 22 times higher than Rimsa’s forecasted profit value, in its plan to gain a foothold in the Latin American generic drug industry. But the deal immediately turned out to be a total disaster, with Teva shutting down the Rimsa facility, citing discrepancies between information in Rimsa's regulatory filing and the underlying asset, and filing a lawsuit against Rimsa's previous owners, the Espinosa family. Teva reached a settlement with the Espinosa brothers, which according to the company included compensation to the tune of hundreds of millions of dollars.

The new classified documents showed that the company's board of directors didn't even dedicate a full meeting to the Rimsa acquisition. According to the plaintiffs, who saw the protocol of the board meeting, the discussion on the Rimsa purchase added up to four paragraphs in the protocol. Teva, on the other hand, claims in its affidavit that the company's management had thoroughly reviewed Rimsa and the advantages of the deal, and extensively discussed the proprietary process. According to Teva, a detailed presentation was displayed to the board of directors prior to the meeting. The actual length of the directorate meeting in which the Rimsa deal was approved is unclear according to the newly filed documents. 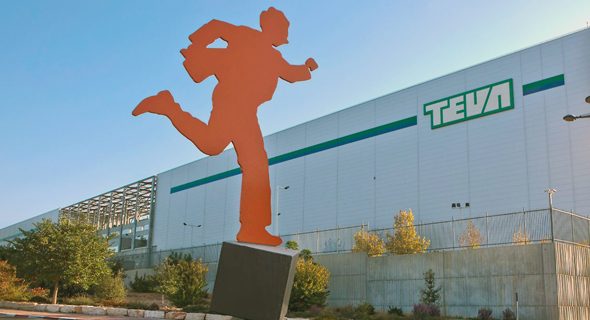 The essence of the protocol focuses on board member Ori Slonim's concern regarding the high level of corruption in Mexico and whether the issue was properly addressed in the proprietary process. Slonim and one other board member abstained in the vote on the deal, with the rest of the board voting in favor of it. Amir Elstein, Jean-Michel Halfon, Rosemary A. Crane and Gerald M. Lieberman are all still on the Teva board, as well as Dr. Sol J. Barer, who has since been named as chairman. In its report to the stock exchange, Teva stated that the decision was unanimous, despite the two abstainers.

The board didn't discuss alternatives to the deal as is the standard practice in such cases and didn't request an opinion from an external investment bank. The derivative suit was also filed against Citigroup Inc., the investment bank which advised Teva on the deal. The Supreme Court of Israel turned down Citi’s request to be dropped from the suit this past January. According to Teva's affidavit, Citi received a commission of $7-9 million for its work.

Apart from the short discussion, the possible acquisition of Rimsa was only brought before the board in September of 2015, by which time Teva's management was already in a relatively advanced stage of negotiations with the Mexican company. In May 2015, Teva found out the Rimsa was up for sale and in July it made an initial bid of $2 billion. The board of directors was not aware of that.

This was all happening in parallel to Teva also negotiating its much more ill-fated acquisition of Allergan’s generic unit Actavis, for which it eventually paid $40.5 billion in 2016. Despite Teva's previous expertise in making acquisitions, very few companies are able to complete due diligence on the biggest deal in their history at the same time as vetting another $2 billion purchase of a company situated in a far and notoriously corrupt region.

Teva beat out two other bidders for Rimsa, Pfizer Inc., and Abbott Laboratories, which did not discover Rimsa’s deception either, according to Teva. According to the company, Teva began the due diligence process in June 2015 after receiving a document a few dozen pages long from Goldman Sachs that included Rimsa trade secrets, which “did not raise any red flags.” In the next step of the process, a 71-person team from Teva perused almost 18,000 documents provided by Rimsa, cross-referencing them with various regulatory approvals.

However, according to the new documents seen by the plaintiffs, Teva's representatives failed to visit some of Rimsa's biggest facilities, including its site in Mexico City, which employs 60% of its workers. In addition, several days before the deal was signed, a Teva presentation on the deal included the sentence "the information was not provided by Rimsa, to be completed" numerous times. According to the plaintiffs, all the teams that were conducting the proprietary process were missing significant information, but the board didn't direct the management to intensify the process.

Teva claims that the deception could not have been discovered in the standard process used during takeovers. Among the details hidden were changes made to formulas of some drugs, which according to Teva take months to reveal. When Teva ultimately discovered what occurred it reported the matter to the Mexican equivalent of the U.S. food and drug administration and it ordered the closure of the Rimsa factory.

According to the plaintiffs, it took six months between the signing of the deal and its official completion, a time during which Teva didn't inspect Rimsa's computer systems or its methods of operation. They claim that Teva should have realized something suspicious was going on due to Rimsa's claims of having a fast-track with the Mexican food and drug administration that allowed it to develop generic drugs within three to five years, half the customary timeframe for such developments. It was later revealed that the shortened time frame was made possible by fabricating the results of experiments that were never held.

The next hearing in the case is expected in two weeks during which the judge is set to determine whether the sides will be sent to mediation or whether the case will continue to be discussed in court.