Yoav Shalmor founded a company that works with some of the biggest football clubs in the world, but even he could have never imagined that one day one of the greatest Italian players of all time would be his partner. The owner and CEO of STADS Technologies, which has created an online platform to promote sponsorships and advertisements in sport, met Alessandro Del Piero, the former Juventus forward, when he visited Israel with fellow Italian great Andrea Pirlo in March 2019, as part of a promotional tour for a beer brand.

"Pirlo's agent, who I know through my work with Italian clubs, called me and invited me to join them for dinner, which I couldn't refuse," said Shalmor. "When I arrived I found out that we had a joint friend and that broke the ice. We went out for drinks afterward and when I got back home at around midnight, Del Piero sends me a message asking if I would like to go out for more drinks as he is jetlagged. We ended up sitting together until 5 a.m. We talked about everything: soccer, business, Stads. I was raised on Italian soccer in the 1990s and to sit and chat with him was an experience I can't even put into words. After that night we met one more time and before he left he told me that he would like to be involved in Stads. Today he is a strategic partner and provides the product with great credibility and contacts, and of course, has opened the door to many advertisers." 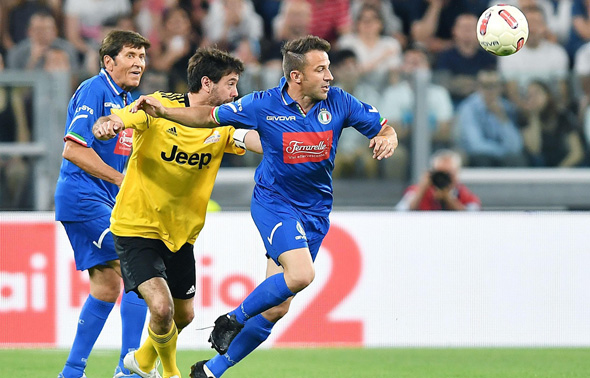 Shalmor's relationship with the business side of sports began as a child when his father, famed advertiser Rami Shalmor, was the Israeli ad representative for Amstel and Heineken, the beer sponsors of European football's premier club competition, UEFA’s Champions League.

For example, if an Israeli company wants to advertise in a stadium during a match which many Israeli viewers will be watching, the platform will provide the advertiser with the TV ratings for that match, as well as the price and timeframe of the advertising.

Stads is already working with major European clubs, including Manchester City and Arsenal in England, Sevilla FC in Spain, Borussia Dortmund in Germany, AS Monaco in France, AC Milan in Italy and even Spanish powerhouse Real Madrid.

"The world of sports advertisements currently serves only big advertisers who can afford high, multi-year deals," noted Shalmor. "That means that not every company can advertise in a stadium. But there is always unused space that can be filled and through us, you can advertise alongside the big names.

"Sports marketing is a very developed sector in the world, but not in Israel," he added. "There are Israeli companies that spend a lot of money in sponsorship deals, like Playtika in Sevilla, Wix at Manchester City, and Plus500 at Atletico Madrid. This is a marketing channel that suits many companies. But clubs can also come to me and say that they've got a certain amount of free advertising time in a certain match and we will find someone who might be interested in paying for it through our platform. This field is only going to continue and evolve with the development of virtual advertising."

Stads work includes maintaining contact with the clubs, negotiating between potential sponsors and clubs, and also managing media. "Usually in sponsorship deals the advertiser receives exclusivity regarding their industry. So, for example, if a team has signed a deal with Chevrolet, you will not see any other ads for cars. There is also the issue of regional sponsors. A club can have an exclusive official beer brand in Belgium and a different exclusive official beer brand in Thailand."

This is where "virtual advertising," in which ads change according to the location of the viewer, enter the picture. "Instead of selling 10 minutes of ad-time to one advertiser, you can sell 90 minutes to 10 different advertisers who can all channel their sponsorships through us," said Shalmor. 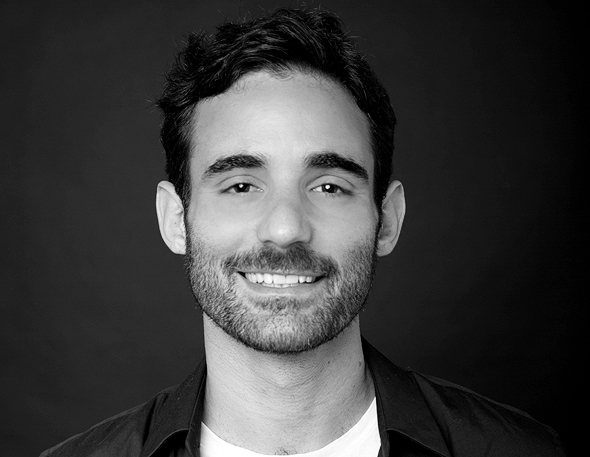 Stads works with four salesmen in Israel, and has additional sales reps in Italy, Germany, and Spain, who work with over 30 football clubs. The company has also started operating in horse racing competitions as well as with the NFL and professional basketball. Stads is in contact with dozens of advertisers, but Shalmor said that there is still a lack of education in the space.

"There is no other platform like this. And for many companies, advertising in football isn't like any other media. They are searching for value in every match. Our goal is that companies and advertising agencies will coordinate with us their sponsorships in the football world and treat the option of advertising in stadiums not just as something that can be done as part of a major campaign."

Shalmor entered the world of sponsorships five years ago and has developed a vast network of contacts in European football and in the world of football sponsorships, a $13 billion a year business. Stads has already been through two funding rounds, which included six investors, and has so far helped secure more than 10 million euros worth in deals.

Shalmor said that the coronavirus (Covid-19) pandemic seriously complicated his business, but that it wasn't all bad news. "Our income is based on matches, so we suffered from the fact that matches didn't take place because of coronavirus. But this also created a big opportunity for us. As we saw when the German Bundesliga resumed, there were record-breaking TV ratings across the world, increasing the value of the medium and its attractiveness to advertisers. For example, the match between Dortmund and Schalke 04 was viewed by 1.4 million people in England compared to an average of 13,000 for a Bundesliga game before the crisis. The fact that matches are resuming without fans hurts the viewing experience, but on the other hand, it neutralizes distracting sounds, allowing the viewer to focus on three elements: the players, the ball, and the advertising boards.”