As video game popularity surges, creators must consider the legal ramifications of using AIs in the development of their games

TAGS:
Video games have seen a surge in popularity during the recent coronavirus (Covid-19) pandemic, soaring to almost $11 billion in U.S. sales during the first quarter of 2020. Analysts see this growth as related to the “comfort and connection” that video games bring to a growing community of millions during a challenging time like the Covid-19 crisis, but that’s not all video games can bring. Earlier this week, the U.S. Food and Drug Administration (FDA) announced the first prescription video game, Akili Interactive Labs Inc.’s EndeavorRX, for children with Attention deficit hyperactivity disorder (ADHD). 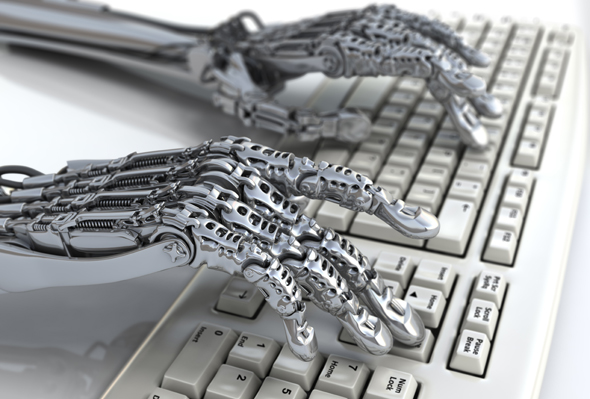 AI (Illustration). Photo: Shutterstock
The game, which is currently only available on Apple devices, went through seven years of clinical testing with over 600 patients before its approval. The software seems to work and the company boasts a study, which states that one-third of kids treated "no longer had a measurable attention deficit on at least one measure of objective attention after playing the obstacle-dodging, target-collecting game for 25 minutes a day, five days a week for four weeks.” Beyond this new foray into medicine, video games are also seeking other ways to add to their increasingly huge quarterly hauls. One recent innovation seeks a new way to monetize advertising in gaming, beyond the standard product placements. Vancouver-headquartered Versus Systems Inc., in partnership with tech giant HP, has created a new way to gamify games, by allowing gaming enthusiasts to play for real-world sponsored prizes in virtual environments. But even as video games find ever-increasing ways to appreciate in value, the ability to protect this increasingly valuable and profitable form of intellectual property may be getting weaker, ironically, because the games are getting better through greater incorporation of artificial intelligence, especially during the creative process. As discussed in a previous column, under U.S. copyright law, it is unclear whether artificial intelligence can be considered an author, a foundational requirement for copyright protection. The U.S. and the European Union's patent laws already disallow AI technologies from being legally considered inventors, which does not bode well for AI authorship in terms of copyright. If an AI is part of the creative process in developing a video game, such as in creating realistic 3D images and videos, its contributions to the game would likely not be protected. But all might not be lost. U.S. Copyright law, like many other jurisdictions, has a work-for-hire doctrine. Succinctly this rule vests copyright authorship in the corporate employer in cases where the employee creates a copyrightable work in the course of their employment. In this case, American copyright law uses the common-law understanding of employee which could conceivably encompass an AI machine. To wit, we already have labor laws for other non-human employees, namely animals. If an AI can serve as an employee in the eyes of copyright law, then the work-for-hire doctrine could create a potentially copyrightable work regardless as to whether an AI can be a legal author. However, this workaround depends on the exact logic of the doctrine. In particular, the mechanics of this doctrine could conceivably take one of two separate tracks. The law may be outcome dependent, that is, focused on whether the resulting work is simply copyrightable, within the ‘ambit of copyright’, or it might be action-dependent in that it may require that a work is first actually copyrighted and only then can the employer step into the employee’s shoes and obtain copyright. In the former track, the law could be sufficiently bent to provide copyright protection regardless of the AI nature of the author, in the latter, it is less likely. To make matters worse, the gaming industry may have yet another beef with the copyright system. Earlier, this month, the Recording Industry Association of America (RIAA), the trade association for the American recording industry, infamous for its abusive tactics against geriatrics and teens, submitted thousands of take-down notices to Twitch, a popular Amazon-owned streaming platform primarily for gamers who record their gameplay, for the copyright infringement of popular music sequences that often play in the background. Reportedly, due to the lack of concert opportunities during the current pandemic, artists are turning to online alternatives, like the aforementioned Twitch platform, to monetize their music. The fact that gamers have, until now, made this music freely available in the background of their gameplay makes it harder for the recording artists to monetize their wares, explaining the legal actions. Gaming is not the only recent case that is forcing us to reassess copyright law in light of new realities. In another case, makeup artist Sammy Mourabit claimed that his makeup work on actress Juliette Lewis for a fashion shoot was misappropriated by Japanese cosmetics company Shiseido Co. Ltd., which used a photo from the shoot in an advertisement for its makeup line. However, while the appellate court recognized that the painted face itself could fall within what it termed the "broad ambit" of copyright, it would not rule on whether human skin could fulfill the statutory requirement that a copyrighted work be fixed on a tangible medium. This ambit of copyright may be broad enough to encompass the copyrightable works developed by AI, as described above. Lower courts, however, have agreed, in the past, to rule on the medium of skin in copyright and the matter has also been discussed in a previous column regarding the copyright issues surrounding tattoos. In a legal precedent, earlier this month, a New York federal district court ruled that tattoo licensing company Solid Oak Sketches LLC could not claim copyright infringement on the portrayal of their tattoos on NBA basketball players, including LeBron James, in the hyper-realistic video game NBA 2K. While acknowledging that the tattoo artist was the author of a copyrighted work, namely the player’s tattoos, the judge still ruled that the use of the tattoos in the video game itself was not an infringement, for, among other reasons, it was de minimis and did not suffice to reach the level of use necessary to trigger an infringement.
Related stories:

However, what might be an infringement of the tattoo artists’ copyright, albeit a stretch, is the after-market modification of a tattoo. In particular, this could be a violation of the tattoo artist’s moral rights or an artist’s right to create derivative works. This is a conceivably growing concern now more than ever as the current civil rights protests have woken people to the potential micro-aggressions, overt racism, or association with Harry Potter author JK Rowling depicted in their tattoos, driving them to actively alter them to less offensive imagery.

Fortunately, courts will likely not uphold infringement here, as enforcing such rights would be in contradistinction to constitutional protections of freedom and personal autonomy, the same freedom and autonomy that lets us sit at home all day and consume billions of dollars in video games. Dov Greenbaum is a director at the Zvi Meitar Institute for Legal Implications of Emerging Technologies, at Israeli academic institute IDC Herzliya.