One of the most advanced and richest cities on the planet, Singapore is an obvious choice for Israeli companies aiming to conquer the world, and in particular Asia.

Singapore is far from being a secret destination for Israeli businesses. As one of the most advanced and richest cities on the planet, it is an obvious choice for Israeli companies aiming to conquer the world, and in particular Asia.

Israeli businesses are involved in numerous industries in Singapore, with over 20 Israeli companies in the field of cybersecurity alone having opened offices in the sovereign city-state island. But doing business in Singapore is far from straightforward, especially in the times of coronavirus (Covid-19). 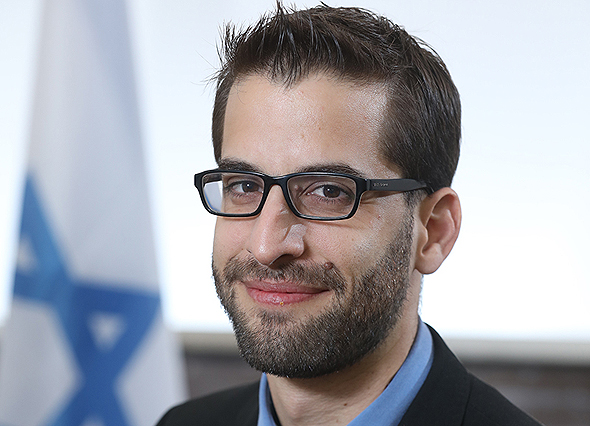 "Companies are only starting to comprehend what has happened. The GDP will drop in Singapore and across the world, meaning companies will have less money. Less money means less investment in innovation and we are already seeing some companies in Singapore that aren't as available as they used to be to hear about new products and technologies from Israel," Yoav Saidel, head of Israel's Economic and Trade Mission to Singapore told CTech last week. "But while we are seeing an overall drop in interest, we at the mission are trying to identify where there are still opportunities and increase our proactive work there. Fields like cybersecurity are more relevant now than ever."

Singapore also presents some unique opportunities for Israeli firms, with the republic announcing last year an ambitious "30 by 30" project, aiming to produce 30% of its nutritional needs locally by 2030.

"Singapore produces less than 10% of its food consumption and that makes it very dependent on other countries," explained Saidel. "Singapore launched its food sustainability project even prior to the Covid-19 outbreak. But the coronavirus crisis showed more than ever before how important food safety and not being dependent on other countries when it comes to food is, and especially in Singapore, so they accelerated this process. We are working with them to see how Israeli agtech and foodtech companies, two fields Israel is very strong at, can help Singapore achieve this goal."

Singapore's uniqueness was also evident in the way it has dealt with the Covid-19 outbreak. Despite registering over 41,000 confirmed cases of coronavirus, so far there have only been 26 deaths related to the virus. There are numerous reasons being offered for this seemingly unlikely figure, with the most notable explanations being that most of those infected were young and that Singapore maintains an excellent health system.

"The Singapore health system is really good and efficient. One of the best hospitals in the world is located in Singapore and it is important to remember that this is a very developed and advanced country that also overcame the SARS outbreak in 2004 and was ready for something like this," noted Saidel. "Another reason is that the vast majority of those infected were foreign workers, with figures showing that over 90% of those cases were detected among migrant workers living in dormitories. They are generally young and we know that young people die from Covid-19 complications at a far lower rate than older people."

On Friday, Singapore continued to ease restrictions, allowing shopping at physical retail stores, as well as dining at food and beverage outlets. The government, which has already announced four stimulus packages worth over $70 billion, nearly 20% of the GDP, is desperate to kickstart the economy which is currently expected to shrink by between 4% and 7% this year.

"Singapore has experienced growth at a high rate since it became independent in 1965. Most years it saw growth of over 5% and in the past decade between 2% and 5%, which is more than most countries," said Saidel. "However, the trade war between the U.S. and China had a significant impact on Singapore last year. Singapore plays an integral part in the global supply chain and as a result its economy only grew by 0.7% in 2019, which is lower than the country is used to. This year is going to be by far the worst recession ever experienced by Singapore. The world economy will be contracting and there is a lot of disruption to the global supply chain, which obviously affects Singapore as it has the world's second-busiest port. Singapore also usually has 16 million visits by tourists a year, the fifth most visited city in the world. It is also being hit by the drop in the price of oil and gas as that is a really significant industry here, with many multinational corporations being based here and companies from Singapore providing many services to this industry. In addition, all businesses were closed for over two months, with most people working from home, so obviously the economy suffered a real tough blow."

Saidel said the move to remote work was challenging, but also presented many new possibilities. "It is a very interesting process. Previously, for example, we would organize a delegation of 10 companies to come to Singapore and they would have to clear a week of their schedule, come here especially, buy plane tickets and stay at hotels, and at best they'd be able to conduct a few dozen meetings while they were here. Now, we can organize several dozen meetings for them over Zoom in one day. It is pretty exciting that you can do so much and do it so efficiently," said Saidel. "Israeli companies that I previously never managed to convince to come to Singapore, and vice versa, are now attending meetings. This is so much more efficient, I'm sure that even when we exit this crisis, some of this will remain and perhaps even over 50% of these interactions will be carried out online. The economic missions around the world are at the forefront of this and are leading this change."

Saidel said that despite the fact that the personal connection is very important when doing business, especially in Asia, companies simply no longer have any choice and are moving with the times. "I'm seeing progress in talks with some business connections I made recently over video, even in conservative industries like Singaporean banks," noted Saidel.

Saidel added that while Israel has a great reputation in Singapore, it is extremely complicated to do business for unproven companies with unproven products.

"Singapore is one of the most advanced and richest cities in the world and is very comfortable for doing business in. It is very advanced and open to Israeli tech, with Israel having a very positive image here as we helped them build their army," said Saidel. "On the other hand, this is still Asia and companies here are conservative. The first question we get from potential investors is, who is the Israeli company already working with and if they have a proven solution. They want to work with companies that already have a reputation and are already in business with big clients. Without that, it is very difficult to succeed here."

While Saidel spends most of his time helping Israeli companies in Singapore, his mission is also responsible for promoting Israeli business in nearby Indonesia. Israel doesn't have diplomatic relations with Indonesia, the world's fourth most populous country as well as the most populous Muslim-majority country. Nevertheless, Israelis can do business in Indonesia and Saidel and his team can help.

"We don't have an office in Indonesia as it doesn't have diplomatic relations with Israel, but Indonesia is the world's fourth most-populous country and is currently the world's 16th largest economy. This is the biggest economy with which Israel doesn't have diplomatic relations," he said. "Despite not having offices there, there is business going on between companies from both countries and Israeli businessmen can travel to the country to do business. We can help them with that in different ways. We employ local advisors and also have different partners there. The Israeli companies that are doing business in Indonesia prefer to keep a low profile for understandable reasons. But there are some Israeli companies that have local offices in Indonesia and there is quite a bit of business between the countries, most of it going through third countries like Singapore and the Netherlands.

"People often think that since there are no diplomatic relations there is also no way to enter and do business but that is not true. It is a slightly long and expensive process, but it can be done and the Indonesian people are very friendly. Working opposite the government is a little complicated, but private companies are usually happy to move forward if they identify potential. There have been occasions in which companies were deterred by doing business with Israelis, but from our experience for most of them ultimately business is business."