South Africa, and Africa in general, aren't the most attractive markets for Israeli companies, but the long-term benefits make the effort worthwhile

TAGS:
South Africa, or for that matter Africa in general, aren't markets that most Israeli companies have in mind when they set out to expand abroad. This is clearly evident in the fact that exports to all 54 countries in Africa added up last year to around 1% of Israel's overall export.

The challenges are obvious and clear, and with the coronavirus (Covid-19) pandemic only complicating matters further, it isn't difficult to understand why companies, and especially early-stage startups, are staying away. 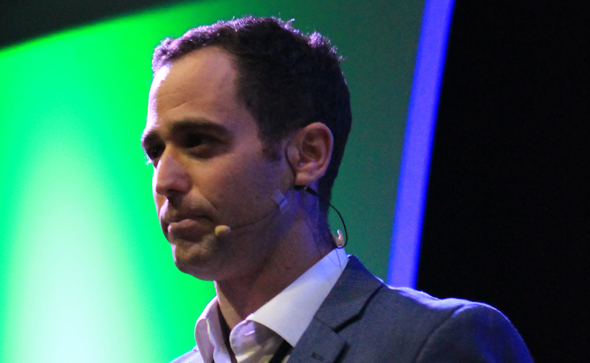 But as the world's second-largest and second-most-populous continent, the potential in certain sectors in Africa is nothing short of immense. Arguably the best gateway to these markets is South Africa, says Amit Lev, the head of Israel's Economic Mission to South Africa, with any company that manages to succeed in making the right adjustments to operate in the country also putting itself in an ideal situation to do business throughout the continent.

"For most Israeli companies this is not their main market. It isn't their first or even second market. This is also a very complex market that requires the creation of a suitable business model, different pricing and perseverance," Lev told CTech last week. "We see South Africa as a springboard. If a company comes here and manages to adapt its business model and pricing it will also have a far easier time doing business in the rest of Africa."

Israel currently exports in the region of $300 million a year to South Africa. Around $80 million of that is in the services sector, which Lev believes has great potential for growth as these software projects are relatively easy to implement and can often be done remotely.

"South Africa is somewhat of an anomaly. On the one hand, there are islands of excellence here that operate as if they are in the first world. On the other hand, it is a country with 60 million people with a high unemployment rate and most of them don't have the buying power for products and technologies that are sold in more developed countries," said Lev. "We always tell Israeli companies that in order to do business here they need to come and meet the people and make contacts. But then coronavirus arrived and now we are telling them that they need to try and sell their product from afar. This change is going to take some time to get used to on both sides. South Africa isn't a country of early adapters. It isn't an innovative country in the way people and companies here think. They want products that are already working in the U.S. and Europe. They are very scared of being the first to adopt something. That does have certain advantages as this state of mind allowed them to build a very advanced financial system, more advanced than what we have in Israel."

Cybersecurity is of particular interest to the South Africans due to their developed banking system and the high rate of hacking attempts in the country. However, the most active Israeli companies in South Africa come mainly from the agtech industry. "South Africa exports around $10 billion worth of crops a year. These companies also have buying power as they sell their products in foreign currency. In addition, South Africa is located in the southern hemisphere which in agriculture is crucial due to the seasons. So they aren't competing with the U.S. or Europe but rather complementing them," explained Lev.

South Africa is continuing to ease Covid-19 restrictions despite verified cases being on the rise. South Africa has registered so far 97,302 cases and 1,930 deaths, with the past week being its worst to date. But despite being nowhere near to flattening the curve, South Africa's President Cyril Ramaphosa opted to ease lockdown restrictions last week due to the dire economic situation.

South Africa had initially implemented one of the strictest lockdowns seen anywhere in the world, with almost all movement outside, including dog walking, being banned. Even the sale of alcohol and cigarettes was prohibited.

Nevertheless, restaurants, hotels and casinos are all now able to reopen, with Ramaphosa saying last Thursday that "even after 100 days, we are still near the beginning of this epidemic and it will remain with us for many more months, possibly years."

Interestingly enough, the restrictions did actually reduce overall deaths in South Africa. Research carried out by the BBC showed that between March 25, just before the first death from coronavirus was recorded, to June 2 the number of deaths in South Africa was actually 9% lower than the average from other years. That adds up to over 7,000 fewer people dying than usual, with the number of homicides reportedly almost being cut by half since the start of the alcohol ban.

South Africa's GDP is currently expected to fall by around 7.5% in 2020, but Lev said Israeli companies should be focusing on their specific sectors when looking for opportunities, with the agriculture sector, for example, set to grow this year.

While Israel's mission in Johannesburg is mostly focused on promoting business with South Africa, it is also responsible for the region of southern Africa in general. Lev said that they usually try to increase their efforts in an additional country each year, with Botswana being the focus last year and Zambia in 2020. Israel has three economic missions in Africa in all, with the other two being located in Kenya and Ghana.

"I understand that this isn't the main market for most Israeli companies, but we need to show them why they should be considering it," said Lev. "Both I and the other economic missions in Africa spend a lot of time trying to convince Israeli companies of the potential here. We would like to see more Israeli companies here, but I can understand their situation. They tell me that their investors who are from the U.S. and Europe expect them to operate in those markets first and don't prioritize Africa. This is a problem with the entire ecosystem. In a way, it is like the chicken and the egg dilemma. There aren't enough investors from Africa so companies aren't looking at Africa as a potential market and because companies aren't coming to Africa there aren't enough investors showing interest. We are trying to convince companies to come here through grants via the Israel Innovation Authority and local R&D collaboration deals."

Lev said that the crisis is also being looked upon as an opportunity to implement necessary reforms in government bodies or companies like state-owned electricity provider Eskom. He's well aware that South Africa, and Africa in general, aren't the most attractive markets for Israeli companies, but believes the long-term benefits make the effort worthwhile.

"The motto here is 'do more with less'. You have to be able to prove some added value. Since I arrived here two-and-a-half years ago the local currency has fallen around 40% compared to the dollar. It is important to understand that buying power here is relatively small. But if you can show that you bring added value, save them money or provide a new service they couldn't offer otherwise then there is certainly potential here," he explained. "You have to treat South Africa and Africa in general as a long-term investment. We would like to see more Israeli companies coming here for the long run and not just to make a quick buck. You have to take into account that you might not make the profit margin you are used to making in other countries, but once you manage to settle here and create a good reputation that is something that will serve you in the long run. Your brand is what is ultimately important and that is what will ultimately increase your revenue."