With FDA approval in hand and Covid-19 as a test case, Israel’s Clew is ready for its money time

“This is a product we have been working on for years and from that perspective, Covid-19 showcased everything we have been saying,” says CEO Gal Salomon

TAGS:
There is a moment in the life of every successful company when everything finally falls into place. It is still too early to label Clew Medical Ltd. as a fully-fledged success, but there is little doubt that should the Israeli startup realize its wildest dreams, it will look back at the past six months as the turning point that launched it on the road to entrepreneurial glory.

After raising $10 million in a series B funding round led by Israeli venture capital firm Pitango Venture Capital in January, Clew (pronounced clue) became last week the first and only AI-powered device authorized by the FDA (U.S. Food and Drug Administration) to provide early identification of respiratory failure and hemodynamic instability for Covid-19 patients. 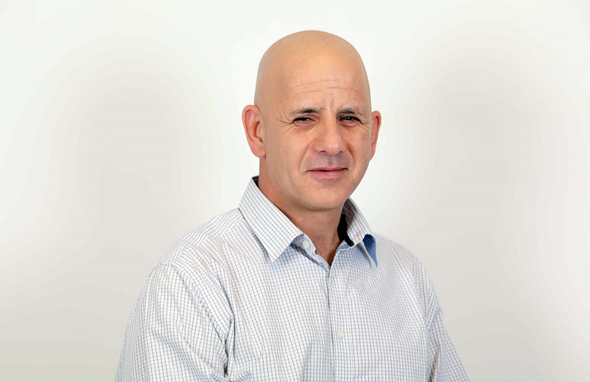 The company received the Emergency Use Authorization (EUA), which is being issued by the FDA to help battle the pandemic, for its ICU (Intensive Care Unit) solution which uses predictive screening information to help identify patients with common complications associated with coronavirus.

But Clew has been around long before anyone even heard of Covid-19. That is only one particular use-case for its AI (Artificial Intelligence) and machine learning technology, with the company beginning the research and development of its current products back in 2015.

"Covid-19 took everything that the company has been talking about for years and proved it in practice. We couldn't have expected anything better," Clew CEO Gal Salomon told CTech earlier this week. "For example, one of the problems with coronavirus patients is that they are very infectious. It became clear that you can't just send unprotected medical staff to treat them. So hospitals created command and control centers in which the doctors sit and make decisions according to all the analyzed information they receive and relay instructions to the protected medical staff treating the patients.

This is a product we have been working on for years and from that perspective, Covid-19 showcased everything we have been saying."

Clew's models were developed based on information from hundreds of thousands of patients treated in a large number of hospitals in the U.S., the company's target market. "We have been working on this data for several years to determine what were the reasons that caused a certain patient to reach a certain condition," said Salomon. "In order to receive approval from the FDA you have to conduct a vast number of experiments and explain how you built your models and how you tested them. You need to show that your results are applicable to the entire population and that your product worked in several hospitals."

Salomon said the green light from the FDA serves as the ultimate approval to begin selling their product. "Until you get their approval you can't move into the commercial phase. So now this is our money time. Investors put up tens of millions of dollars and they want to ultimately see a return on their investment once the company has a commercial product and we are now entering this phase," he said.

Salomon explained that every doctor is taught not to initiate any treatment unless they recognize symptoms that require intervention, but claimed that this protocol is problematic when it comes to ICUs.

“In many cases by the time there are clear clinical symptoms you have already lost the patient because the deterioration process is very rapid. What Clew does is build physiological models that are at their core mathematical models. These mathematical models can predict the deterioration eight hours before it happens. The whole idea is to warn the medical staff that even though this patient may seem stable, we are telling you that there is a good chance their condition will deteriorate. Our mathematical manipulations take all the data likes physiological measurements, pulse, blood pressure, oxygen saturation, temperature and many more, as well as lab results and the information on the medical treatment the patient is receiving, and identify a pattern that will predict that within a certain number of hours this patient is expected to develop a certain condition. Our goal is to be two steps ahead of the patient. Instead of being surprised, we want to be proactive. We believe that early intervention equals better outcomes."

Clew's uniqueness lays in its AI technology. "No one else in the world is doing this," noted Salomon. "There were many attempts to build something similar but they all failed because this is very difficult to do. It is very difficult to simulate heart, lung, or kidney activity and it is even tougher to take all that information and reach an insight that the doctors couldn't reach themselves."

Salomon is a tech veteran. He was a product manager at Intel's Cellular Communication Division before founding Discretix Technologies. Discretix, which later changed its name to Sansa Security and developed mobile and flash memory security solutions, was sold in 2015 to chip giant ARM for a price estimated at $75-85 million.

Salomon went on to join VC fund Pitango Venture Capital as a venture partner, but after four years felt the need to return to the nitty-gritty of building a tech company. "At a certain point I told myself that I need to go and create another company, but to do it in a way that addresses the highest of values, which for me is saving lives," explained Salomon. "So I decided I wanted to do something in the world of healthcare and started to look for problems to solve. I wasn't sure what I was looking for but when we started to investigate the matter we arrived at the ICU because that is a department that has relatively a lot of data that is supposed to serve the doctor in his decision making.

"The big problem with patients that arrive at the ICU is that they are unpredictable," he added. "They are there for many different reasons and you are using everything you've got in order to save their lives. But there is a problem trying to predict the course of their ailment. There are often surprises. You think you have stabilized the patient, but then their condition unexpectedly deteriorates. We saw this happen a lot with coronavirus patients. They entered the hospital in a bad clinical condition, but then improved, only for the body to suddenly collapse."

Clew is about to embark on its next funding round, which Salomon says will be bigger than the previous ones as the commercial phase is expensive, especially in the U.S. market. He said he would like to close the round towards the end of the year, but only after he is able to travel abroad to meet the potential investors face to face.

"We are in the midst of a very big economic crisis and for many companies, it is very difficult to raise money at this time. That isn't so relevant to us as we offer a solution that is at the heart of this pandemic. Unfortunately, there are only 3-4 VCs in Israel that invest in healthcare. Most of the significant VCs in this sector are in the U.S. and Europe and they are constantly searching for solutions like ours," said Salomon. "It is difficult to close big investments over Zoom. You need to look people in the eye and there is also that thing called chemistry. Zoom is a good starting point, but I think we need to wait until flights resume and then fly out to try and raise money."

Clew, which employees 36 people in all, 33 of them in Israel, will also be expanding its workforce soon as it looks to promote and integrate its products in U.S. hospitals. The focus at the moment is on selling CLEWICU, but Salomon has far greater aspirations for his company.

"We started with the ICU, but the dream is much bigger. Since the start of 2019, we have been working on a new concept that takes our ICU product and expands it to all the departments of the hospital. We call this product Control Tower," he said. "The goal is to analyze the hospital as a whole from the moment the patient has entered until they exit and search for anomalies in patients that deteriorate during their hospitalization. We aim to provide recommendations for the clinical operations of the hospital like identifying bottlenecks and prioritizing the use of clinical resources which is always an issue at hospitals. To me, there is no greater reward than saving lives."