TAGS:
Who was most important person at Apple in the first decade of the 21st century? The obvious answer is, of course, Steve Jobs, the legendary founder, and CEO who returned to the company at the end of the 90s, with a bold vision that transformed it from a company nearing bankruptcy to one of the biggest and most influential organizations in the world. Some may claim it was Jony Ive, whose innovative designs gave the iPhone, iPad, MacBook, and other devices the characteristic look that made them so successful. Maybe the title should go to Tim Cook, who joined Apple shortly after Jobs returned, built the company's mighty supply chain that enables it to quickly produce, ship and deliver hundreds of millions of different devices a year, and which made the iPhone one of the fastest selling products in human history. It is a well-oiled, multinational, and amazingly complex and multi-pronged organization that can deliver sophisticated devices in massive quantities using a large number of sensitive components from dozens if not hundreds of different suppliers. 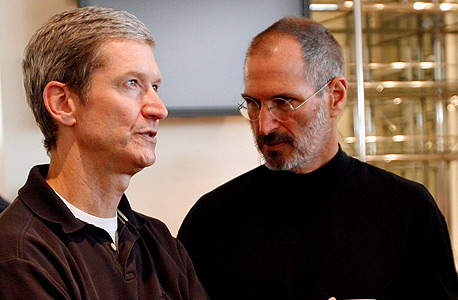 Tim Cook and Steve Jobs. Photo: API
Jobs may have had the vision and Ive may have had the design, but neither would have amounted to anything without the massive organization Cook built to execute them. The iPhone was a fantastic idea, but its impact on Apple and human culture would have been nothing if it’s price was double or only limited numbers of devices could be produced in a year. Cook’s supply chain was to a large degree responsible for turning Jobs’s vision into reality. Jobs realized that and it was the main reason he appointed Cook as his successor. During the nine years he headed the company, Cook took Apple to new highs: its market cap surged more than 300%, from $355 billion to $1.5 trillion today, he led a series of strategic moves that allowed it to grow and strengthen even when iPhone sales no longer supplied the goods as they used to. On the surface, he is the most important person at Apple. But similarly to as it was during Jobs's tenure, this statement can also be challenged. And if we had to pick a person who is worthy of the title today, a leading candidate would be Johny Srouji, the most senior Israeli working for Apple and one of Silicon Valley's top executives. A former executive at Intel and IBM, Srouji joined Apple in 2008 and led to the iPhone and iPad’s switch to using internally developed chips. It was a significant move that gave Apple complete control over the hardware on its most important devices, delivering better performance and longer battery life alongside innovations like the Neural Engine that enables various artificial intelligence operations to be carried out on the devices themselves. 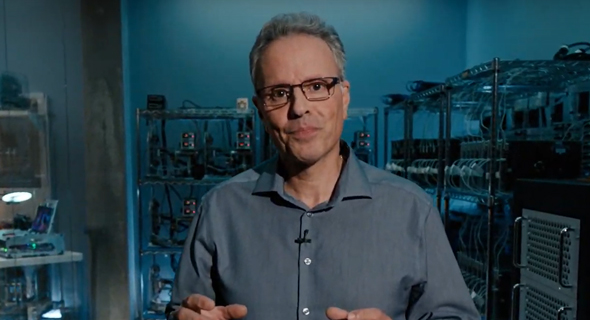 It was one of the most important moves in the history of the iPhone, and its success, as well as Apple’s other developments in the chip industry, can be attributed to Srouji. He was recognized for his work and was promoted to the role of senior vice president of hardware technologies, along with a salary and stock option deal that made him one of the five highest-paid people at the company (at one point he was even paid more than Cook). When Intel was looking for a new CEO in 2019, Srouji was one of the top candidates.

Today, he is in the midst of one of the most important moves in his career, and one of the most important developments in Apple's history. If it proves successful it could mark Srouji as one of the top candidates to replace Cook someday. Since 2006, Apple’s Mac computers have been using chips produced by Intel. The crossover to them, from the previously used PowerPC chips was a dangerous one, but it paid off, enabling the company to make use of a new and modern line of processors, simplifying the development of applications for Macs and providing virtualization capabilities that enabled the running of Windows apps and Windows itself on the devices. It allowed Apple to innovate more easily and played an important part in its renewed popularity that is still felt to this day. However, as Apple started to launch more and more products, a problem emerged. All its products apart from Macs: iPhone, iPad, Apple Watch, Apple TV and others, all operated on Apple processors based on ARM architecture —a single family of products that enjoyed greater adaptation between hardware and software and easier to develop applications. The Mac, with its Intel processors, was like a stepchild that required special attention and special expenses.
Related Stories:
The transition to Apple-produced chips will bring Mac fully into the family fold. According to Srouji, it will make the processors faster and stronger. “The first thing this will do is give the Mac a whole new level of performance," he said at the Apple worldwide developer conference on Monday. The process will be long and complex. The first Macs with Apple processors will be in stores toward the end of the year, but Cook says it will take two more years for the entire product line to complete the transition (and the company is also planning to launch new Macs with Intel processors). The developers must adjust the existing apps to the new processors (Apple said it developed tools to make that process simple) and there are sure to be some hiccups along the way. There are also questions regarding the suitability of ARM processors, which mostly operate on mobile devices, to power higher-performance computers, but Apple likely has satisfactory answers otherwise it wouldn’t have embarked on the journey.

At the journey’s end, Apple will have full control over every aspect of its product line, and its performance will be much more uniform with significant capabilities such as the ability to run iPhone and iPad apps on the Mac with no need for any adjustments. It will also offer considerable savings over time, with the ability to innovate faster, in accordance with Apple's needs and schedule regardless of external factors.

If the process is concluded successfully, Apple will reap many benefits. And not just the company. Johny Srouji is already credited with an astonishing achievement. If he completes the upheaval in Apple's Macs, there's no telling what other doors will open for him.