Wireless internet is coming to nine Bedouin regional councils in southern Israel thanks to a joint initiative between the development authority and the southern district in the Ministry of Interior costing NIS 16 million (approximately $4.67 million), a person with knowledge of the decision told Calcalist under the condition of anonymity.

Back in 2017, the regional council of Arara had requested free WiFi infrastructure as part of the five-year economic and social development plan (2017-2021) for the Bedouin population in the Negev, a desert region in the south of Israel. With around 3,000 users a day, and despite the council requiring users to re-register every 24 hours, the project in Arara was a resounding success. 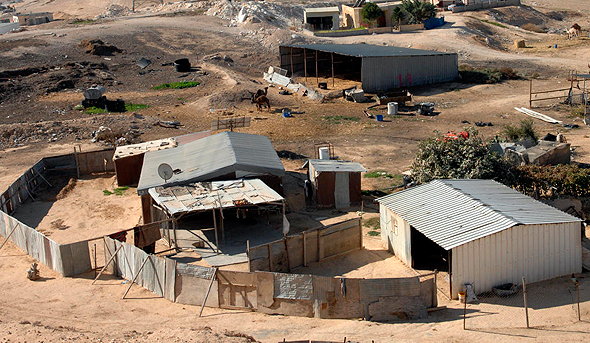 As a result, nine other councils (Al-Kason, Rahat, Neve Midbar, Ksaife, Hura, Lakiya, Tel Sheva and Segev) requested to receive similar infrastructure. The interior ministry decided with the help of the Ministry of Finance and the Ministry of Economy, to designate an additional NIS 9.6 million (approximately $2.8 million) to complete the program after already investing NIS 2.8 million ($820,000). In addition, Israel’s national lottery Mifal HaPais promised to provide additional funding of NIS 4.2 million ($1.23 million) should the councils ask to expand the project.

Bedouins are members of nomadic Muslim Arab tribes originating in North Africa and the Middle East. In Israel, most Bedouin communities live in townships and unrecognized villages in the country’s Negev desert region, many of which lack modern infrastructure and basic services such as electricity and running water. Bedouin people find it hard to get hired by local tech companies due to a myriad of reasons, including language and cultural barriers, a lack of the necessary network to land high-paying jobs, and the fact that many of them live outside of the country’s metropolitan centers, where most tech companies are located.

"This is a move that will drive forward Bedouin society," the Ministry of Interior said in a statement. "Unfortunately, it became ever clearer during the coronavirus crisis that the Bedouin society needs to have access to information. This investment will lead to an improvement in the quality of life of the residents during normal times and during emergencies."

The decision to install WiFi throughout Bedouin councils in the Negev was made in cooperation with the office of the President of Israel due to the significant gaps in the internet coverage in the region that surfaced during the coronavirus (Covid-19) pandemic.

"Setting up a high-speed internet infrastructure in all the councils will allow access to information, including for those in isolation and in particular for the towns that are under lockdown," an internal document discussing the program read. "It will allow school children, business owners, and the councils themselves to advertise events and activities and to improve the level of basic services as well as prepare for emergencies, and also create an advanced platform for smart city services."