Israeli tech can be the speedboat to advance Switzerland's multinational aircraft carriers, says Ambassador of Switzerland to Israel, Jean-Daniel Ruch

TAGS:
As two of the world's most technologically innovative countries, it would hardly be surprising had Israel and Switzerland been fierce economic rivals. However, according to the Ambassador of Switzerland to Israel, Jean-Daniel Ruch, the fact both countries have different approaches in their forward-thinking ecosystems actually makes them ideal partners and has resulted in significant growth in trade relations between the countries over recent years.

"Even though we are both in the top league of innovation worldwide, we have very different models. Innovation in Switzerland is mostly happening within the major companies. I think Switzerland has the highest density in the world of multinationals of the likes of Novartis, Roche and Nestle. So this is where the essence of the innovation is taking place. Whereas in Israel you can say it is more of a startup and VC based ecosystem," Ruch, who is entering his fifth and final year as Ambassador told CTech earlier this week. "I could not have anticipated in the four years that I have been here the immense interest and almost enthusiasm from Swiss companies and multinationals, as well as universities and public services, local and federal government, for the Israeli ecosystem. This has resulted in a number of cooperations we tried to foster." 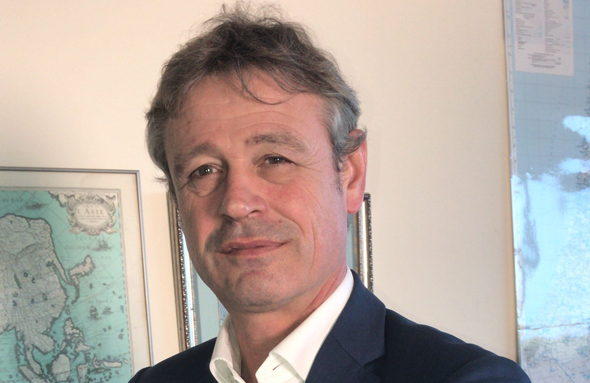 Ruch gave as an example the collaboration the embassy helped create between Givaudan, the world's largest flavors, fragrances and active cosmetic ingredients company, which is based out of Vernier, Switzerland, and Israeli company Redefine Meat. Givaudan announced at the start of July that it has signed a deal to collaborate with Redefine Meat with the aim of expanding its solutions for alternative protein products. Redefine Meat developed the world’s first Alt-Steak plant-based products using industrial 3D printing technology.

Ruch said that the growth of the innovation industry in Israel has been solid and sustainable which provides trust and confidence for foreign investors. That was clearly evident earlier this week, when even amidst the Covid-19 crisis, another Israeli-Swiss partnership was announced, with Tel Aviv-based cancer detection startup Nucleai Ltd. raising $6.5 million in a series A round led by Lausanne-based biopharmaceutical company Debiopharm Group.

"What I see in particular is amazing growth in the financial transactions between our two countries. Not so much in traditional trade but more in the trading services. The development over the past 6-7 years is truly amazing. It has much more than doubled,” said Ruch.

The cooperation between the countries has continued during the pandemic, with the Swiss Embassy helping Israeli health organizations in acquiring Covid-19 testing equipment, while also facilitating exchanges of expertise and information.

David Biegeleisen, Innovation Advisor at the Swiss Embassy, is encouraging Israeli companies to approach the embassy to see how they can collaborate with Swiss firms and organizations at different levels.

"Of course this time of crisis is very challenging for everybody but we believe in the need for a collaborative effort," said Biegeleisen. "We are in the business of diplomacy and we encourage people to approach us. For example, researchers from both countries. We need innovation in many aspects in dealing with this crisis and we would love to be a part of this effort to foster more bilateral collaborations."

Biegeleisen also spoke of the challenges that exist in creating a platform for successful collaboration between Israeli and Swiss businesses. "We learned, and sometimes the hard way, the need for a little bit of preparation when those interactions occur because Israelis and the Swiss have a different mentality. I think they can work very well together because there is a lot of mutual respect, but it is important for us to prepare Israelis to some aspects like long term thinking. Relationship building is also very important for the Swiss. On the other side, we also try to explain to the Swiss that the kind of chaotic way in which sometimes Israelis operate is because they are very focused on the target and sometimes that way can lead to achieving things much faster.

“The partnership between Givaudan and Redefine Meat shows for example how Switzerland can offer to Israeli companies a gate to the world in terms of marketing and sales and large distribution systems that are robust and have existed for years,” Biegeleisen added. 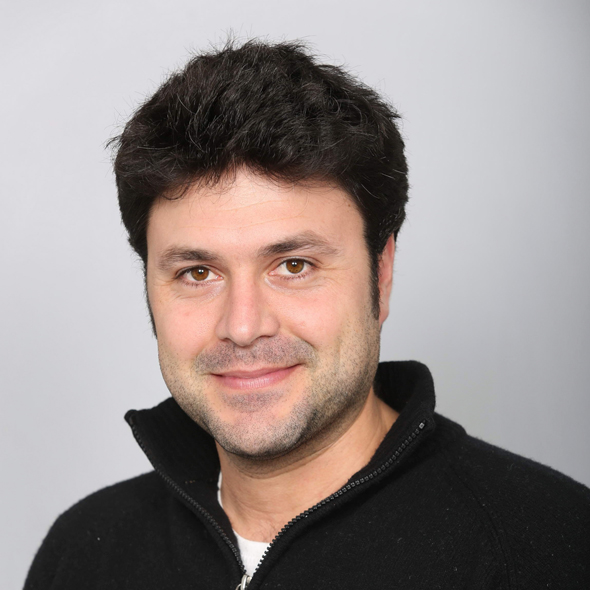 Ruch also noted that it is important to recognize the different mentality mindset in Switzerland. He gave the example that most entrepreneurs in Switzerland create their company with the intention of passing it on to their children with the hope that their children will pass it to their grandchildren. "This long-term perspective is very present in the Swiss culture. The idea that you should build a company with the intention of selling it quickly and at the highest possible price is relatively new and not really widespread in Switzerland," explained Ruch.

"When somebody wants to offer a product to Switzerland they should do a market analysis study on what exists, and our decision making processes, and our federalism that is a bit strange to many countries. Learning is the first thing," added Ruch. "Most of the time Swiss companies are interested in stable long term partnerships. Not so much in one-off deals. And I think this is also where we offer a favorable ecosystem for startups or Israeli companies who want to enter the market. We have an amazing diversified portfolio with all the major countries in the world. We can really open the doors of the world and we also have a very strong manufacturing and production base. Switzerland is a place where you can not only market your product to the world but where you can also do the manufacturing of the most complicated parts."

Ruch also recommends Israeli companies spend less time on fancy Powerpoint presentations and more on explaining what makes their solution unique. "Whenever you want to awaken interest for a product in the Swiss market or with a Swiss entrepreneur you really need to prove to them what makes this product interesting for the company. How would the productivity or production process be more effective and efficient. I have heard very often, unfortunately, Swiss visitors who were here participating in delegations that they were a bit estranged by great Powerpoint presentations which were actually not saying much about the product or the process of innovation that you are fostering. This kind of showing off is counterproductive with Swiss companies. Therefore, I would advise those here who want to do business with Switzerland to be sober, serious and focus on the product and be aware of the cultural environment and that Swiss people will look for long term partnerships and not one-offs."

Prior to arriving in Israel, Ruch served as the Ambassador of Switzerland to Serbia and to Montenegro. He spent plenty of time in Israel previously, serving as a Special Representative for the Middle East for the Swiss Ministry of Foreign Affairs between 2008 and 2012. Earlier in his career he also worked as a Political Adviser to the Prosecutor at the United Nations Yugoslavia War Crimes Tribunal.

Ruch is concerned regarding the risk Covid-19 poses to globalization, especially as 50% of Switzerland's national income depends on trade. "We are one of the countries that has immensely benefited from globalization. We are the only country in Europe with a free trade agreement with China which has benefited our export industry tremendously," he said. "I think that this globalization today is under threat because of two factors, the coronavirus, which disrupts trade routes and supply chains, which means that probably some European states will want to repatriate some of the production, especially for strategic products. The second thing which I believe is a big cloud floating over globalization is the continuation of the growing tensions between China and the U.S. I think none of the small countries should be obliged to choose between those two immense markets. We don't really know what reality we will wake up to once the crisis is over but definitely the world will not be quite the same as it was."

Ruch is hopeful mankind can make most of this opportunity to create a fairer and more sustainable economy. "No one can predict beyond some kind of irrational belief what will happen. Not just due to the pandemic but also as there may be new trade barriers and maybe new barriers to globalization that will affect this.

"Now might not be the time to make big decisions but it is the time to think over what is relevant for the future and how can we focus the conversation not just on restarting the economy but restarting the kind of economy, technology, innovation and financial flows that can really help build a future that we want. Many are making the connection between the climate change and this health crisis. Certainly in Europe and Switzerland, I can see a whole movement among the population and scientists in particular who would like the restart of the economy after the corona crisis or even now to be more green, more healthy and more respectful of nature. We would like to bring that conversation to Israel and we would like to have Swiss and Israelis deeply involved in this. There is a whole new world to explore on how to build a better economy, a better future which will be more healthy and more environmental friendly. In any crisis there are always risks, chances and opportunities and we believe there is a serious opportunity now to think and develop strategies that will lead to even more positive cooperation to battle not just the pandemic but also other aspects of the big challenges that face us now and in the future, like the climate."