Cellcom decided to part ways with Salesforce after the latter refused to significantly reduce its license fee, estimated at an annual cost of over $2 million, according to one person familiar with the matter

Cellcom decided to part ways with Salesforce after the latter refused to significantly reduce its license fee, estimated at an annual cost of between NIS 8 million and NIS 9 million (approximately $2.3 million-$2.6 million), one person familiar with the matter told Calcalist on condition of anonymity. Cellcom will also be parting ways with Salesforce's American partner Vlocity, for whom this was the first project in Israel. 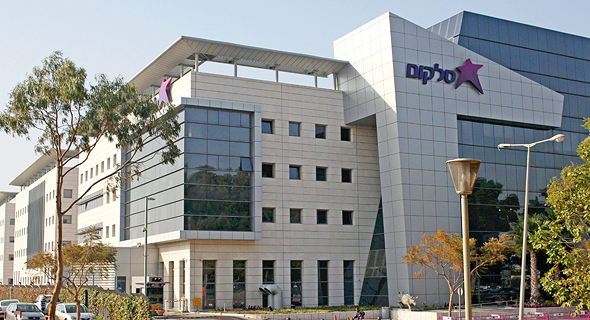 Cellcom's offices in Netanya. Photo: Orel Cohen
Cellcom has already been using Amdocs’ billing services for nearly two decades. According to Cellcom, the shift to Amdocs’ service will offer significant savings, as it has no licensing fee and only requires investment in development. However, unlike Amdocs’ system that is installed locally, Salesforce’s service is cloud-based, which normally means lower operational costs. The shift is intended to be done gradually and completed by 2021.

The change also includes the replacement of salesforce’s products from their recent Vlocity acquisition. The replacement of these systems is based on empowering Cellcom to use state of the art and configurable systems so they can continuously change and manage their customer interactions independently.

“With Amdocs, we have significantly accelerated our pace of modernization in order to offer Cellcom customers the most advanced digital services, while improving our operational efficiency and our ability to introduce new innovations and an enhanced and unified customer experience,” Victor Malka, Cellcom’s chief information officer, said in a statement. “Amdocs’ ability to innovate and deliver, combined with its industry leadership in digital, were key considerations in selecting them for this strategic engagement,” he added.