Schleicher, the world's foremost educator, believes that closing the entire education system was a disaster and that technology should be used to foster new types of personalized education

TAGS:
Israel switched to distant learning very quickly, what was the influence?

“It depends on what you call distant learning. Most of it was teachers who used Zoom. Much of it was 20th-century teaching using 21st-century technology. Distance learning is a little more than conducting online lessons. An innovative learning environment can only be achieved with teachers working together, developing technologies together, and sharing from their joint experiences.”

Is distant learning as effective as frontal teaching?

"Distant learning can be very effective in imparting knowledge because students have the ability to control the learning process and communicate with the technology. But you must keep in mind that technology can improve good teaching but it does not replace lousy teaching." 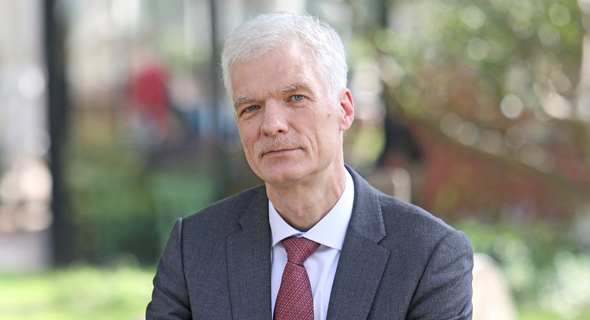 "I’m dubious about its effectiveness for young children. What matters with them is the emotional and social component. I'm not sure technology is very good at replacing it. I do not think we want them to sit in front of screens for long periods of time.”

So it is important the kindergartens remain open?

“That is the conclusion that many countries have reached. Many countries chose to keep the kindergartens operating, at least for the children who come from weakened families.”

And in general, was the switch to remote education necessary?

“Perhaps some schools or classrooms needed to be closed, but not the entire education system. That’s why Sweden never shut down the schools, and Iceland, Japan and South Korea re-opened them very quickly. During times of crisis, there is a tendency to push the on/off button. It is an immediate reaction. But the social cost of closing schools is very high, especially for those who come from poor homes. If you come from a well off family, you can find your way even if the school is closed. If you come from a weakened position, you will suffer harsh consequences. If educational gaps grow, it will lead to social gaps and employment disparity.”

In other words, governments must do whatever they can to keep the education system running?

“Absolutely. The education system must never be shut down. That is my main point. It should be an act of last resort.”

What are the differences between countries that closed the entire education system and those who didn’t?

“During this crisis, governments shouldn’t be asking themselves how many people will follow the regulations, rather to what degree can people cooperate with them. If the education system enables a high level of cooperation, the crisis can be managed successfully.” 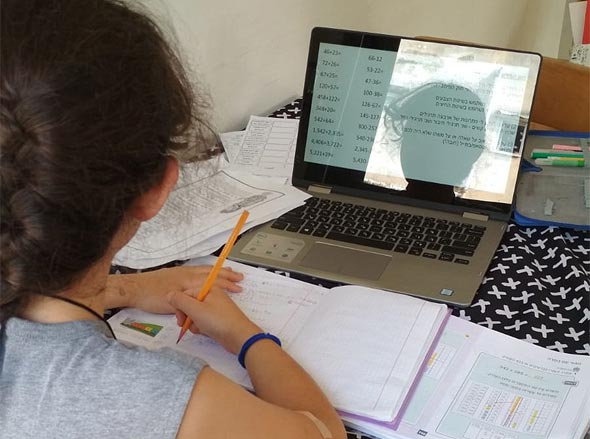 “That’s true. You do not have much cooperation between schools and within them. There are good teachers and education leaders but everyone is looking upwards for answers and not at other teachers and schools. It is a condition of disability. The government cannot know what is needed in a particular location or school, this is a time that demands local initiatives. Moreover, teachers in Israel teach a lot, but they spend less time with students, and as a result, they do not know them well enough. If you are not familiar enough with the students as individuals you will have a hard time during a crisis. Because in a crisis you can no longer assume that the students are listening to you. You need to acquire their attention.”

What are the major impacts of the crisis on education systems around the world?

“In the short term,1.5 billion students were kicked out of school. One of the memories young people will have from this crisis is of their teachers calling them, expressing concern for them, and building a relationship. In the long term, we can see a lot of innovation in learning. I think we will emerge from the crisis with a new skillset: the emphasis on cognitive learning has diminished, while the emphasis on social and emotional skills has increased. That is a major change.”

You sound almost pleased by the crisis?

“We have seen more change in education in the last three months than in the previous 20 years. It's healthy for education. The gap between what our society needs and what our education systems do has become very large. Now people realize that. Real change often happens in times of crisis and rarely happens when everyone is very comfortable. After the crisis I think we will see a lot of young people pushing for a different sort of education. I think we will also see a lot of teachers arriving at school and questioning why we can not be more innovative.” 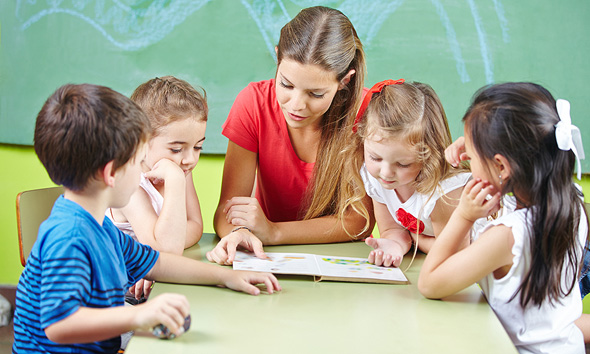 Teaching young children in small groups. Photo: Shutterstock
But won’t it again be a case where the strong benefit and the weak suffer?

Israel already has the largest gaps in the PISA test results.

“I feel that many people in Israel are concerned by the disparities and are looking for other ways to overcome them and that provides hope. During regular times, you can live with disparity because you treat it as inevitable. In times of crisis, you can no longer ignore inequality because there is no way to hide its consequences. Perhaps in Israel too, you will make an effort to bridge the gaps. We know what will happen if this change doesn’t come and it will be dramatic.”

Are you not being too optimistic?

“In May we conducted an OECD survey on how various role players responded to the crisis. More than 80% of respondents said everyone was doing their best. Those are results that you do not see in normal times. During normal times teachers talk about governments, and governments complain about the public. At present, in many countries, people are working together in a way they have never done before.”

In Israel, the teachers were blamed for not pulling their weight.

“In most countries, teachers have reinvented themselves and their role. Not everyone, but I saw a lot of commitment. In these times you have to reach out to the students, check what support they need, you have to become a psychologist and a social worker and a mentor and a coach and an innovative learning environment designer. Many teachers have done this.”

What can be done to close gaps?

“When schools reopen, extra classes should be provided for students from disadvantaged backgrounds. If schools are not able to operate at full capacity, priority should be given to students from among the disadvantaged or with special educational needs and use remote learning for those who are good at it.”

In Israel, there are two population groups, Arabs and ultra-Orthodox, in which few have access to the required internet connection and equipment.

“This is a problem that the government can solve quickly. There are many poor countries that have done a really good job during this crisis and have ensured that students will have access to the network and equipment. In Bogota, Colombia, 40% of the people had network access, and people could not afford to connect. So the government gave everyone a free subscription to educational content. Instead of forcing people to buy computers, they used mobile phones. The cost of giving every child access to the Internet and a device is not great. I do not think it should be a barrier to online learning.” 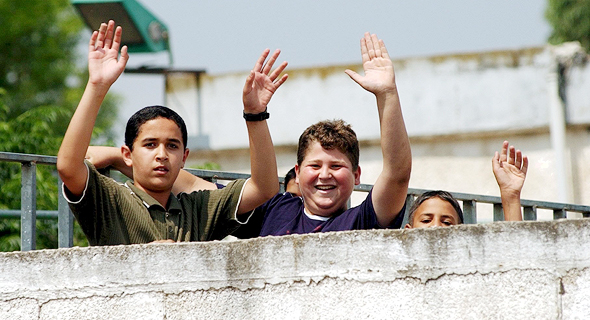 Students in the Arab City of Bakaa al Garbiyah. Photo: Elad Gershgoren
The crisis has increased the independence of teachers and principals. Is this a positive development?

"It's a good thing. It is creating professional autonomy in education. But it must go hand in hand with a culture of cooperation. Independence in education is not doing whatever I want. Independence means that I do what is appropriate in the name of my profession. You only discover that by being very close to your colleagues.”

Israel is forming a committee to examine increasing teachers’ independence. What advice would you offer it?

"Principals and teachers should be allowed to be involved in the committee. They should have a say. When you do not involve schools in policy formulation, they will not help you in its implementation."

What are your recommendations for next year?

"I think the main question is what will prepare young people for a future of uncertainty? Because we will likely see more crises in the future. There is the future we would like to see. But there may be a future we do not anticipate."

What about higher education?

"Schools managed the crisis better than universities. If universities only turn to distance learning they will be the big losers from the crisis. No one will pay much money to go to university to get an online course. You don't need a campus to buy content. Students register to universities to meet wonderful people, have discussions with great lecturers. If that is not the case, the university will not have much justification."

What can they do about it?

"They need to provide a substantial reason for young people to study. They need to create a community experience, even in the online world, a place where students can collaborate and exchange views. Universities will only exist if they continue to attract young people. At the moment they are at risk."

Israel is investing a lot of money in increasing the number of people who study computers and engineering. Is this a positive move?

"There will probably be a great demand for engineers and computer people in the short term. But in the long term, we need a good mix of people with a lot of different skills. It is very dangerous to use the job market as a single marker - you risk educating children for the needs of the past, not of the future."