With trade volume consistently on the rise over the past decade and history of friendly relations, it is clear the Czech Republic can not and should not be ignored by Israeli companies

TAGS:
The Czech Republic may not be Israel's largest trade partner in Europe, not to mention the world. But with trade volume consistently on the rise over the past decade, crossing the $1 billion mark in imports to Israel in 2017, and history of friendly relations, it is clear it can not and should not be ignored.

This year marked 30 years since the renewal of diplomatic relations between the countries following the fall of the communist regime in what was then Czechoslovakia. The Czech political leadership is one of the friendliest towards Israel within the EU and cooperation is alive in various fields including culture, education, research, medicine, defense and of course, trade. According to the data recorded by the Czech Statistical Office, for the past six years Israel is one of the Czech Republic's top-5 most important non-European export destinations measured by trade volumes. 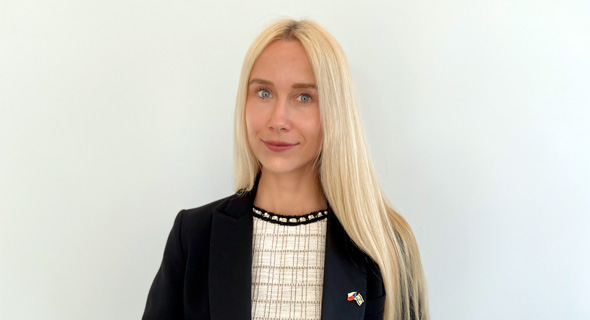 "Since more than 80% of the Czech annual export goes to the EU market, we appreciate this opportunity for a territorial diversification of our exports," Nela Brádleová, Foreign Trade Specialist at the Czech Embassy in Tel Aviv told CTech. "In this sense, we perceive Israel, a leading economy in the region, as a market of strategic importance and our embassy provides support for Czech businesses aiming to expand their activities in the local market."

Brádleová believes that due to the Czech Republic's favorable location in the middle of Europe and the friendly attitude of the political leadership towards Israel, the country can serve as a gateway to the "Old Continent." But its geography isn't its only advantage.

"It is a less known fact that the Czech Republic has top research centers that cooperate with companies, and can provide services to foreign subjects, including businesses from Israel," noted Brádleová. "The Czech and Israeli economies also complement each other in the way they are structured. While the Israeli economic success is built around its strong tech and innovation sector, the Czech Republic has traditionally been a country with a large industrial base. The growing need for modernization and automation of the Czech industry could present new opportunities for more than 230 Israeli startups from the booming Industry 4.0 sector."

The Czech Republic has coped with the Covid-19 pandemic remarkably well to date, registering 13,855 cases in all and 358 deaths. Nevertheless, according to an OECD report from last month, Czech gross domestic product (GDP) will contract by at least 9.6 percent this year, the fifth sharpest downturn in Europe. Among the reasons being given for this decline are the strict quarantine measures adopted at the start of the pandemic and the fact that growth, which had risen constantly over recent years, was decelerating even prior to the start of the crisis. Brádleová said that thanks to the government's initiatives, the Czech economy has managed to come out of the crisis in "relatively good shape," especially when it comes to unemployment, which remains at a very low 3.7%. The pandemic has also certainly affected trade with Israel, but she believes it will rebound in 2021.

"It comes as no surprise that since the beginning of the Covid-19 outbreak, we have been experiencing a cooldown in mutual trade and cooperation. This is due to the mere fact that both Czech and Israeli companies focused their efforts on dealing with this unprecedented situation as many offices and factories closed their doors. Škoda Auto, the largest Czech exporter to Israel, had to freeze its production for 39 days. Since personal vehicles represent more than half of Czech export to Israel, we expect our export volumes to mark a significant drop in 2020," said Brádleová. "We, however, have a clear indication of Czech companies’ persistent interest in foreign markets and we believe there will be a return to a positive trend of trade cooperation with Israeli counterparts next year."

Despite the downturn in trade, the countries continued to cooperate during the pandemic. Czech company SAGITTA Ltd., the official distributor of Jerusalem-based visual aid company OrCam Technologies Ltd. in the Czech market, provided support for the visually impaired during the crisis. It was able to lend free of charge 20 OrCam MyEye II devices to people in need, who were temporarily deprived of the help of their assistants and family due to the Covid-19 restrictions.

Brádleová added that there is an ongoing discussion in the Czech Republic regarding the pressing need to digitize the country's healthcare system, which could present many opportunities for Israeli companies.

"With the onset of Covid-19, the need for the systemic adoption of digital healthcare and telemedicine services has grown even stronger and the pandemic has in a way prepared the ground for it to happen," explained Brádleová. "Israel, with more than three decades of experience with EMR (electronic medical records), can serve as an excellent example of a successful implementation of tech to the healthcare sector, which has led to the streamlining of the whole system and massive savings on the HMOs' part."

Brádleová said that other sectors of interest include cybersecurity, Industry 4.0, smart mobility and the Israeli startup ecosystem as a whole. "The Czech Republic has reinvented itself as The Country For The Future, investing efforts into improving its own environment to facilitate the establishment and growth of young innovative companies, including launching of various incubators and regional innovation centers around the county," she noted. "These centers are much aware of the Israeli success in this field and are interested in cooperation and mentoring from Israel."

But while there is plenty of interest in doing business, the differences in business culture should not be overlooked. "While Israelis are direct, casual, risk-tolerant and masters of last-minute improvisations, Czechs tend to be polite, risk-averse, adherent to the company's hierarchy and have a preference for planning and knowing ahead. In business meetings with a foreign partner, it is customary to wear a suit and to address each other by surname, especially during the initial stages of cooperation," explained Brádleová. "In Israel, business is conducted in a very fast-paced and direct manner, without unnecessary courtesies. In one week’s time, the situation can shift considerably from what it is today and Czech companies find it challenging to adapt to this highly dynamic environment. Israeli companies demand a high level of preparedness and flexibility from their counterparts. There is also an immense pressure on the price aspect whereby Israeli companies might be reluctant to enter price negotiations which could often be the ultimate reason for ending the talks with their potential Czech partner altogether."

Brádleová added that the Czech Republic would like to welcome more Israeli companies into the local market, following in the footsteps of Israeli giants such as CheckPoint, Teva, Osem or Adama. She said another challenge is the common subconscious perception of the Czech Republic as a part of the "Eastern bloc."

"Today the Czech Republic is a developed country with high standards of living and a booming economy including top technology sectors competing in the global markets like ICT, nanotechnology, aerospace and more," she noted. "Czech startup unicorns include companies such as Kiwi.com, Mews, and Productboard. Even though there is a general awareness among Israelis about the warm political, cultural and even historical ties, the knowledge of the scope, variety, long tradition and high quality of the Czech manufacturing capabilities often lags behind."

Regarding future partnerships, Brádleová added that Israel could benefit from the cooperation with traditional Czech car manufacturers to test its smart mobility solutions. "Such initiatives already began in 2017 with the establishment of Škoda Auto Digi Lab, a joint venture of Škoda Auto and Champion Motors, the official importer of Škoda cars to Israel, focused on cooperation with the local startup scene. Another such field is waste-management. The Czech Republic belongs to the top-5 EU countries when it comes to plastic packaging waste recycling, with around 60% of such waste being recycled and could therefore share its experience with Israel, where the recycling records are quite poor compared to other developed nations,” said Brádleová.

Late last year there was another successful trade story between the countries, one that may not affect overall volumes but nevertheless serves as a testament to the bilateral cooperation. "In December 2019, a special Israeli jet landed in Prague, carrying a kidney of an Israeli patient, which was exchanged for a kidney of a Czech patient and flown back to Israel. This exchange enabled a chain of three transplants in each country in which the lives of three Israelis and three Czechs were saved," said Brádleová. "This project marked an important milestone in the Czech-Israeli cooperation, as it was the first of its kind for both participating countries. A second round of this wonderful life-saving cooperation is already on the horizon."