A SAFE provides rights to the investor for future equity in the company, but specific price per share is not determined at the time of the initial investment, with the investor only receiving the futures shares when a funding round occurs

TAGS:
On the face of it, the funding rounds of Israeli startups have seemingly been immune to the Covid-19 crisis. According to a recent study by Tel Aviv-based research firm IVC Research Center and the Israel office of international law firm Zysman, Aharoni, Gayer & Co. (ZAG-S&W), startups in Israel raised $2.5 billion in 170 deals in the second quarter of this year, a 33% increase over the number of transactions in the pre-coronavirus second quarter of 2019. But industry experts are saying that VCs prefer to invest in later stages these days, which may require larger sums but are also deemed less risky.

One of the biggest concerns in the industry right now is that seed rounds will become ever rarer. This leaves early-stage companies having to search for creative funding solutions. One such answer is SAFE, which stands for simple agreement for future equity. SAFE is nothing new, but it has been increasingly growing in popularity over recent months. It is an agreement between an investor and a company that provides rights to the investor for future equity in the company. However, the specific price per share is not determined at the time of the initial investment, with the investor only receiving the futures shares when a funding round occurs. If the startup is unable to complete a funding round, the investors are essentially left with a warrant for the money they invested. 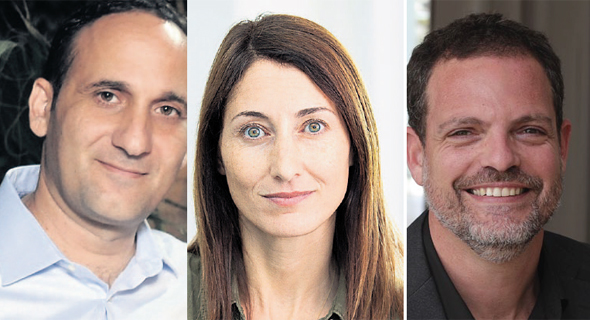 The difficulties brought on by the coronavirus pandemic have turned SAFE into one of the hottest terms in the tech scene. There is believed to have been a sharp rise in this type of funding over recent months, with dozens of Israeli startups, most of them at an early stage, raising funds this way. This includes the likes of Soos, Ripples, and Panoply. In the past, companies like Airbnb, Dropbox, and GitLab all used this mechanism to raise money.

SAFE has two advantages that make it so suitable for a crisis, one is that the startup receives money quickly and the second is that there is no need to agree on the company's valuation. The second point is what has recently made SAFE popular even among more mature companies as they want to avoid having to raise money during the crisis and see their valuation take a hit.

VC funds also take part in SAFE rounds, but they are particularly popular among angles and smaller private investors.

"Seed investments are down 70% so the number of SAFE rounds has overtaken seed investments," said Avihai Michaeli, a startups mentor and a former CEO of several of Pitango Venture Capital's portfolio companies. "SAFE can replace a loan for more mature companies in need of money, as the company knows that during the current period its value would be cut in a regular funding round."

"SAFE is exactly the opposite of what the word means. It complicates the job," claimed Dafna Winocur Biran, partner at JANVEST Capital Partners, an American fund that invests in early-stage Israeli startups. "It looks safe for a period of time, but you end up paying for that security later on. If the company goes on to be strong and there is demand during its funding round, the SAFE investors pay the price. If SAFE investors decide to bring in a powerful entity, the founders will pay the price."

According to Winocur Biran, the Covid-19 crisis reshuffled the deck. "Since the coronavirus outbreak, I've seen Israeli companies doing SAFE funding instead of an A round because they can't meet with American investors and they wanted more breathing room for the company." Winocur Biran said JANVEST has also used SAFE, mainly when it really wanted to invest in a company that didn't conduct a funding round or with companies in very high demand from other funds.

SAFE bypasses the need to evaluate the company, which is often the main stumbling block in regular funding rounds, especially in a time of crisis. That figure remains up in the air until new investors join the company. One of the aspects that is determined though, is the discount the investors will receive when they eventually become shareholders, as well as a valuation cap. In most cases, the SAFE will also include the milestones the company needs to reach with the funds it is being given to ensure that it is on course for a funding round.

"We raised one million dollars through a SAFE because it is money that comes in quickly," said Alon Gozlan, VP Business Development at Soos Technology, a biotechnology company that is developing an AI-guided hatching system that is able to affect the reproductive system development process in poultry embryos and turn genetic male embryos to functional female layers. Soos opted for a SAFE even though it had already raised $1.4 million in a seed round.

SAFE has many advantages, but it also has some disadvantages. For example, when entrepreneurs become addicted to SAFEs, and there are plenty of examples of that, they could reach a stage in which there are too many investors in the early-stage startup and end up driving away VC funds. "I encountered a situation in which the founders of a company were forced to buy out one of the SAFE investors at a very high multiple of his investment so that a serious VC would take part in a funding round," said Michaeli.

The most problematic scenario, one which entrepreneurs don't always think about, is the possibility of their share in the company being diluted to an extent that they become minority holders. For example, a startup raises one million dollars in a SAFE, giving the investor a 20% discount and setting a valuation cap of $9 million. A seed investor then injects $3 million according to a $5 million valuation. The seed investor will receive 38% of the company while the SAFE investor will claim his equity and hold 16%, leaving the founders with less than 50%.

Michaeli believes that the way to avoid dilution is by setting stiff milestones which the company needs to reach with the money raised in the SAFE, and thus ensuring that the next funding round will be at a higher valuation than the cap. "It is like having just enough fuel to get you from the center of Israel to Kiryat Shmona in the north. You can't go wasting it on drives to the park and beach," he concluded.

A quantum leap In the drug development world